Based on a price action analysis, the possibility of the Bitcoin to regain its record highs has improved after the bullish price action over the weekend.

Bitcoin price continues to increase in the stock market and remains on course to reach the $4,500 level after falling below $3,000 due to the regulatory campaign by China against cryptocurrencies. As of press time, Bitcoin is trading at $4,291, a 3.91 percent decrease on the day.

Based on a price action analysis, the possibility of the Bitcoin to regain its record highs has improved after the bullish price action over the weekend. 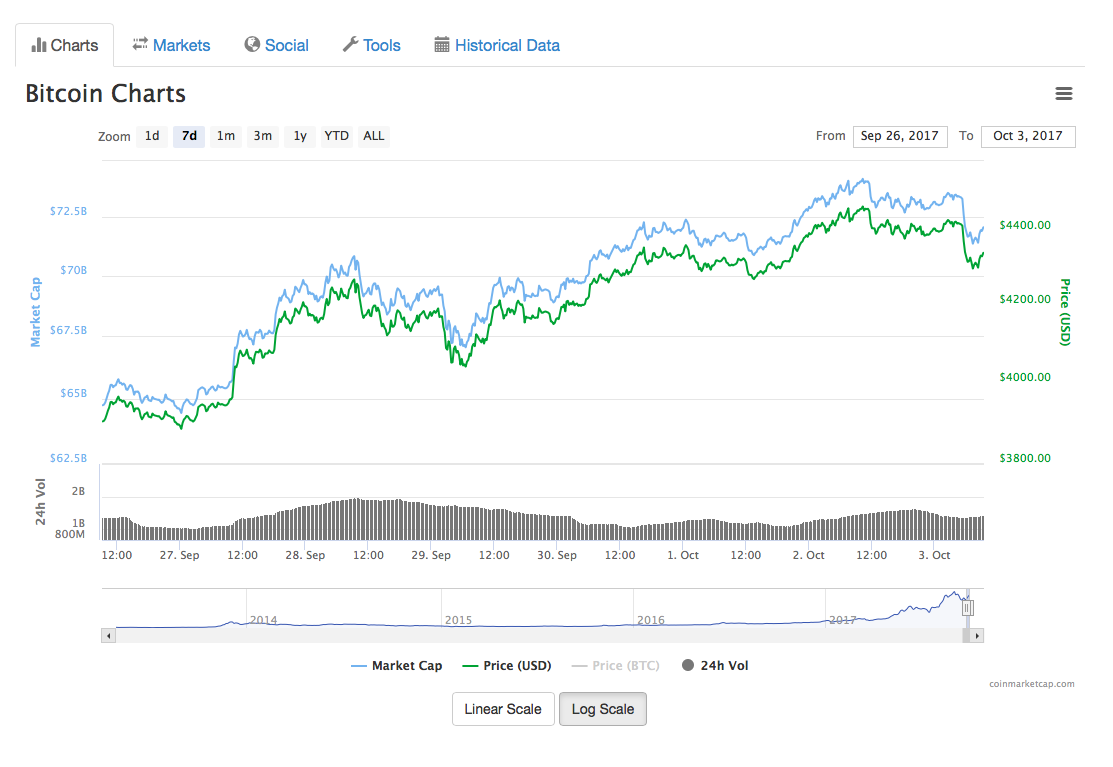 It has posted an 11.3 percent week-on-week increase, but still down by 4.9 percent on a monthly basis. Trend indicators, however, showed a lack of vigor in the market, which will surely test the patience of investors. Another slight cause of concern is the sustained weak volumes in the market.

The recent sharp decline in Bitcoin price was due to the move by the Chinese government to prohibit the conduct of initial coin offerings (ICO) in China. The government argued that nascent fundraising mechanisms like ICOs are illegal under the country’s domestic laws.

In South Korea, the country’s financial regulator Financial Services Commission (FSC) has ordered the prohibition of all forms of ICOs “regardless of technical terminology,” as well as the margin trading of digital currencies. The FSC is also scheduled to implement other measures that are expected to adversely affect the operations of cryptocurrency companies, including on-site inspections, starting the end of September and the examination of digital currency accounts for user data beginning December.

Will it ever bounce back?

The upward movement of Bitcoin price coupled with a bullish relative strength index (RSI) and the directional movement index (DMI) show that the leading cryptocurrency can regain its Sept. 6 high of $4,692 and possibly, hit back towards its record high of $5,000. It remains to be seen, however, if this will be the case in the coming weeks.