Bitcoin price has crossed the $10K mark seven times this year, which begs the question: is BTC finally ready to flip this key psychological level to support?

Bitcoin (BTC) bulls were celebrating the digital asset’s recent surge above $10,000 for the first time this decade, but the smiles were short-lived as Bitcoin failed to hold above $10K for a meaningful amount of time.

Is this another short-lived bull run like the seven times Bitcoin crossed $10K in 2019? Or is this time different? 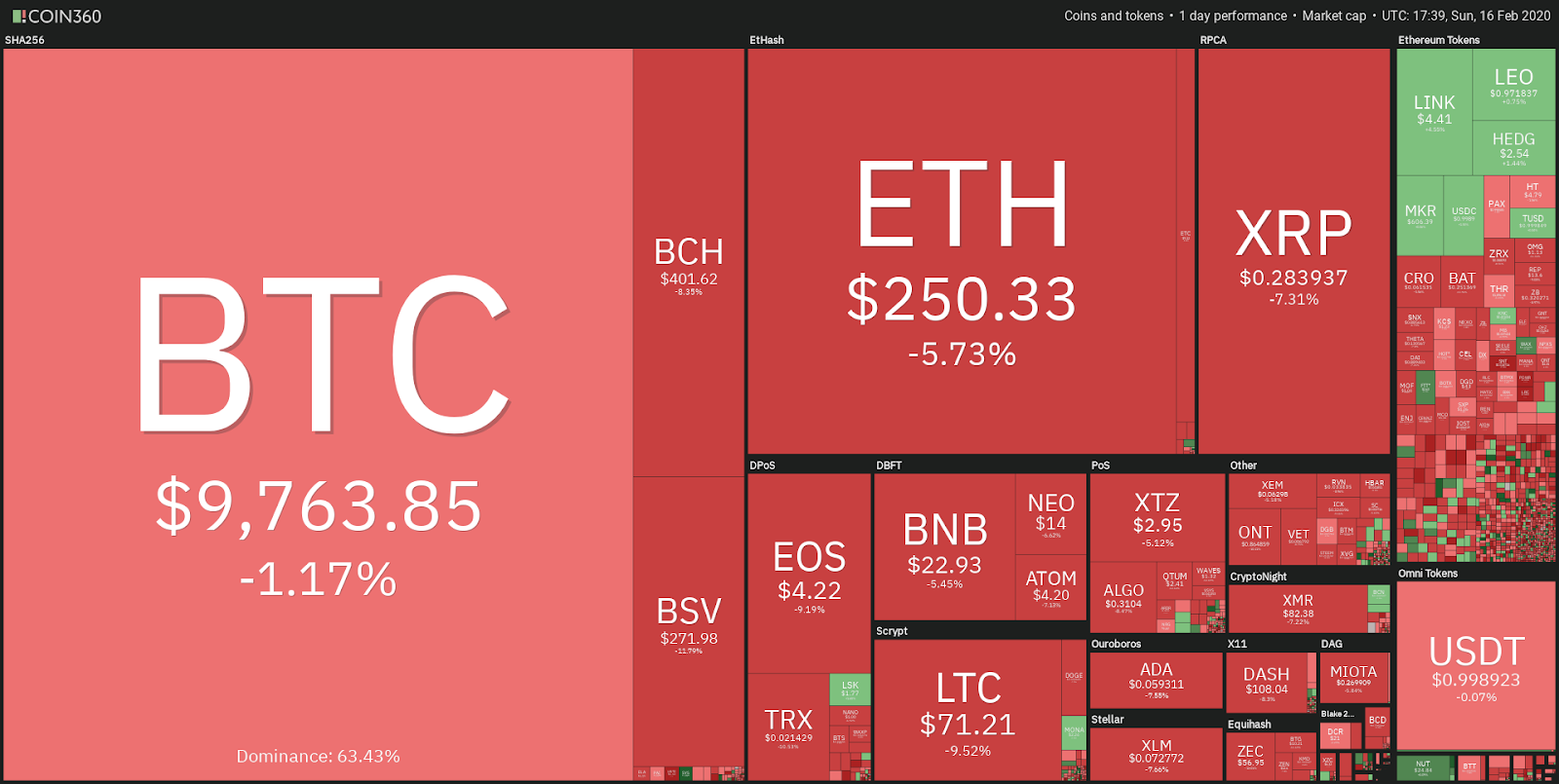 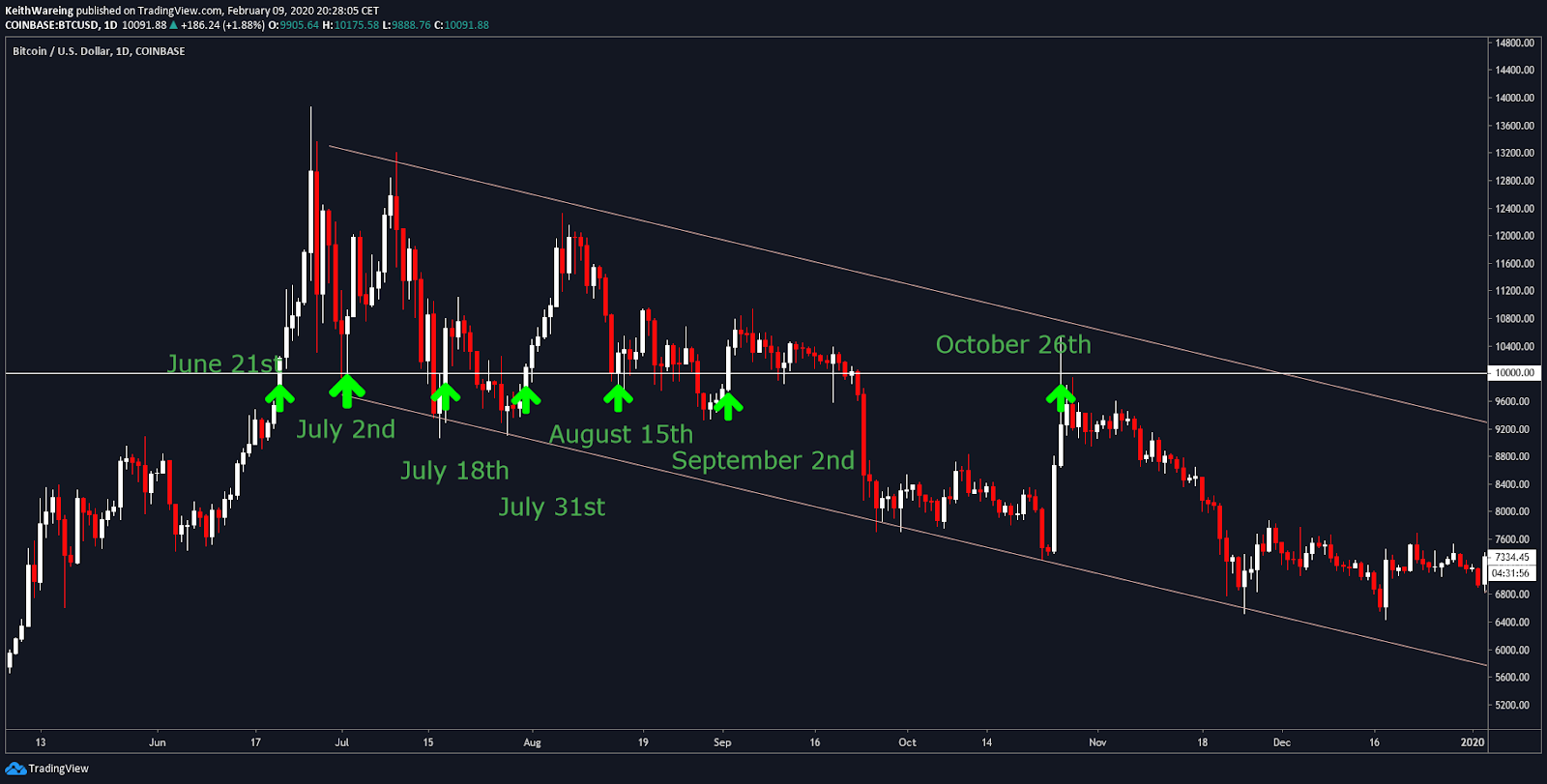 As can be seen in the chart above, Bitcoin crossed over the $10,000 mark on seven occasions in 2019. Each time, the leading digital asset failed to maintain its price above this level for more than a few days.

During this time, altcoins rallied as if the much-anticipated “alt season” was upon us. But as we later found out, it wasn’t, and there was still more downside to come.

So is this time around any different? Here are a few important things to consider.

Since Bitcoin surpassed $10K on Feb. 9, we have seen the leading digital asset rocket above and below this key psychological barrier line exactly seven times. However, the big difference here, is that it has occurred over a seven-day period, whereas in 2019 it was over a four-month period. 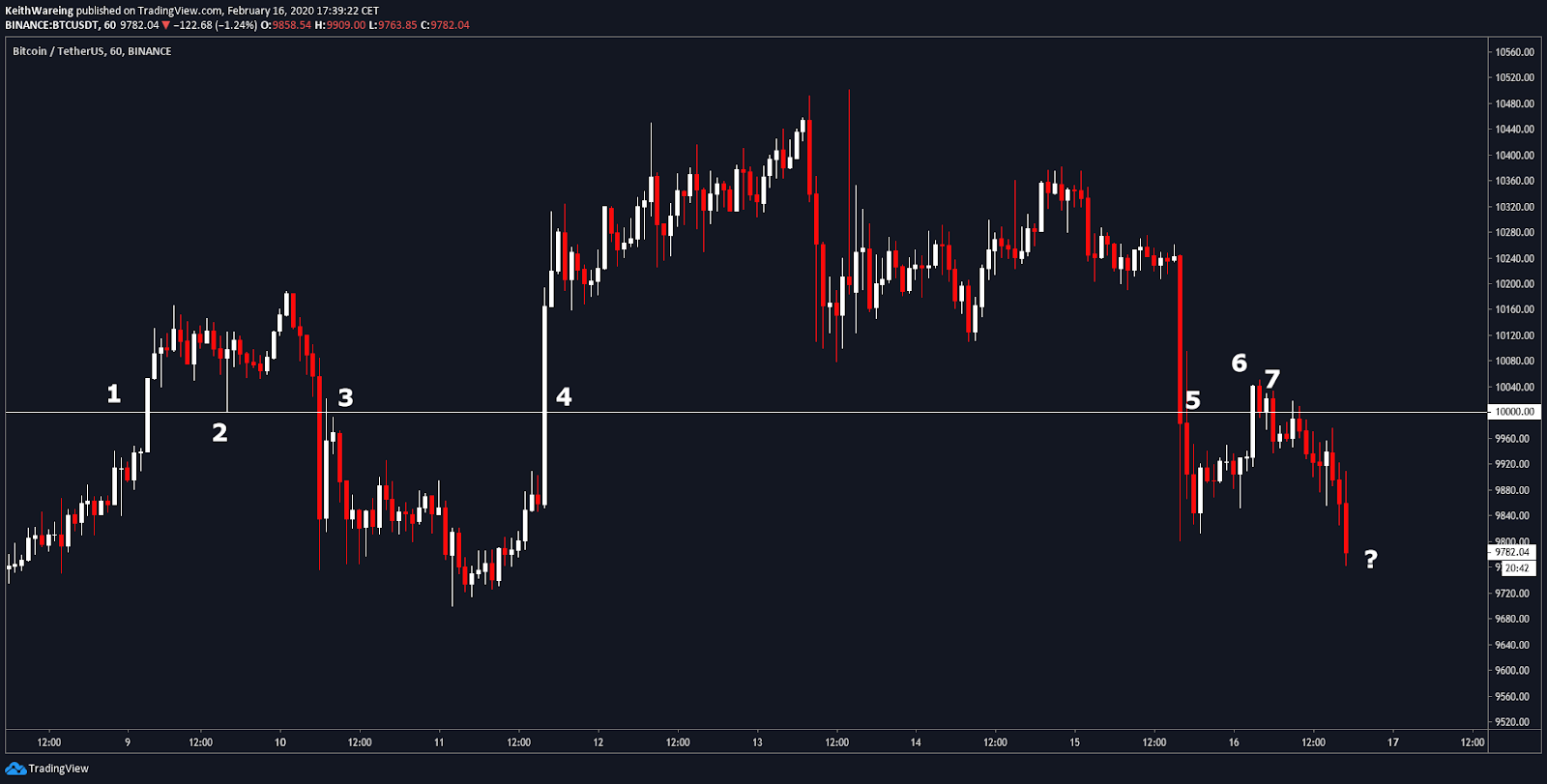 This shows that volatility has returned to the crypto market, but can we expect Bitcoin to cross up beyond the $10K price mark again in the short term? Or is this a long-overdue correction for Bitcoin that will see the price plummet further?

To determine the likely outcome, there are a few more factors I feel are worth considering at this point.

Fighting for the bulls we have the fact that the CME closed at $10,475 on Friday, so if Bitcoin stays at its current price of around $9,800, it will leave a gap of around $675 to fill next week. 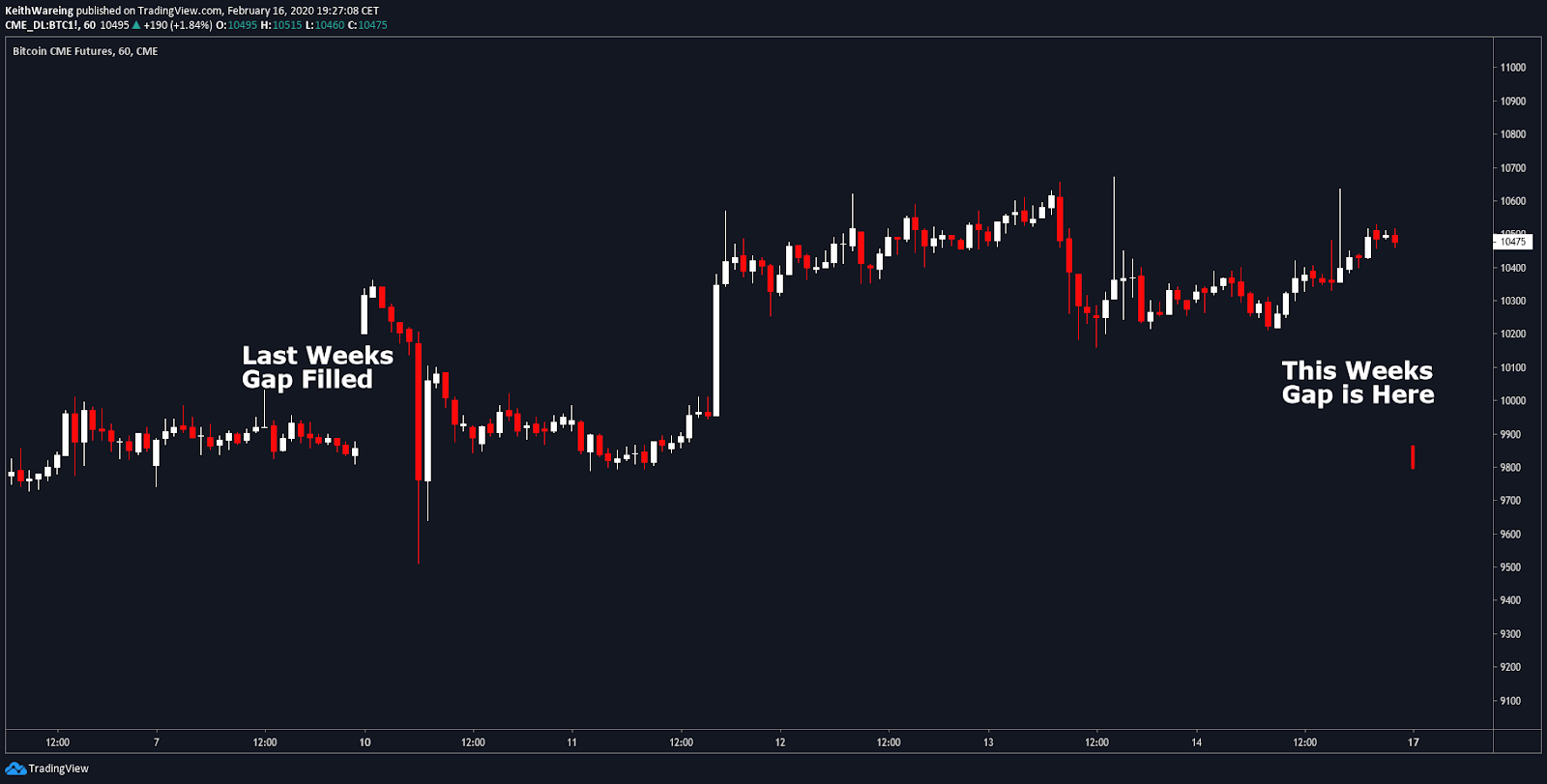 Last week saw a similar size gap close on Monday, Feb. 10. However, this was closing a short gap, whereas next week is closing a high gap.

Bitcoin mining difficulty to drop for the first time in 2020

Every two weeks this year the mining difficulty has increased and at the same time so has the price of Bitcoin. 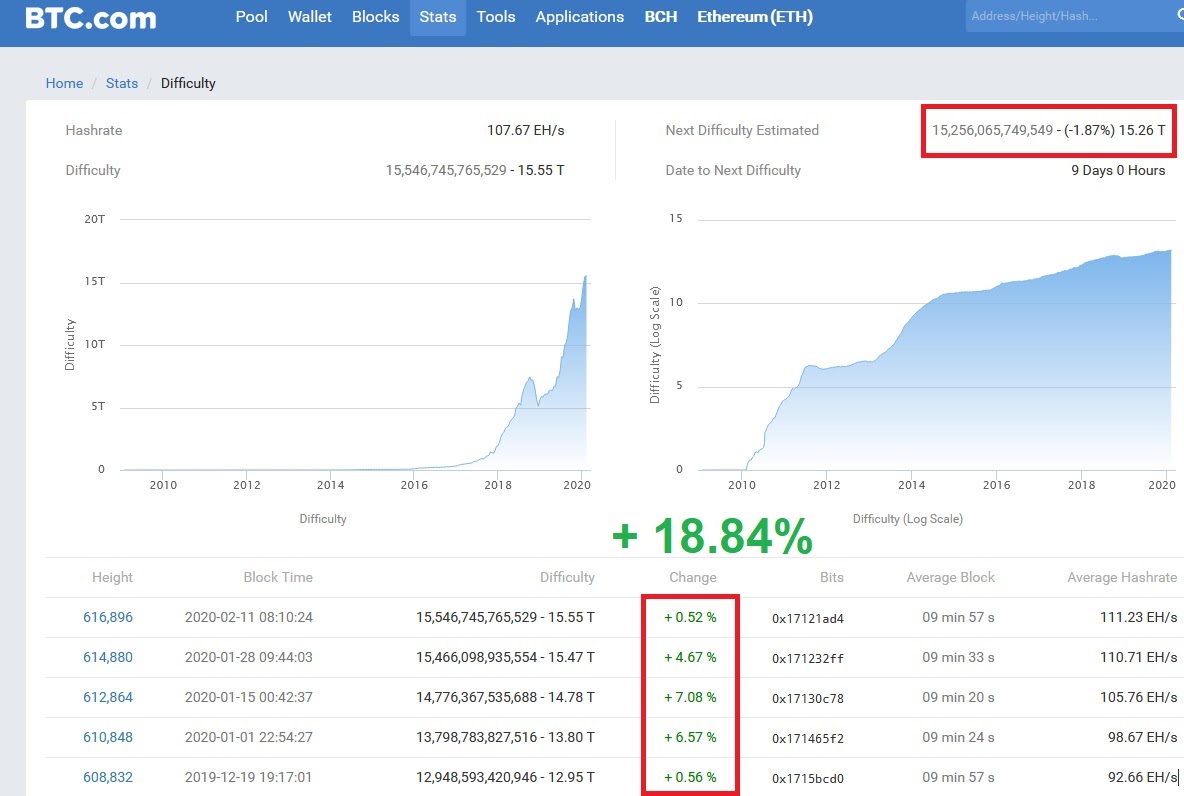 However, we’re approaching a yearly first, where the mining difficulty is set to decrease by an estimated 2% in nine days’ time. 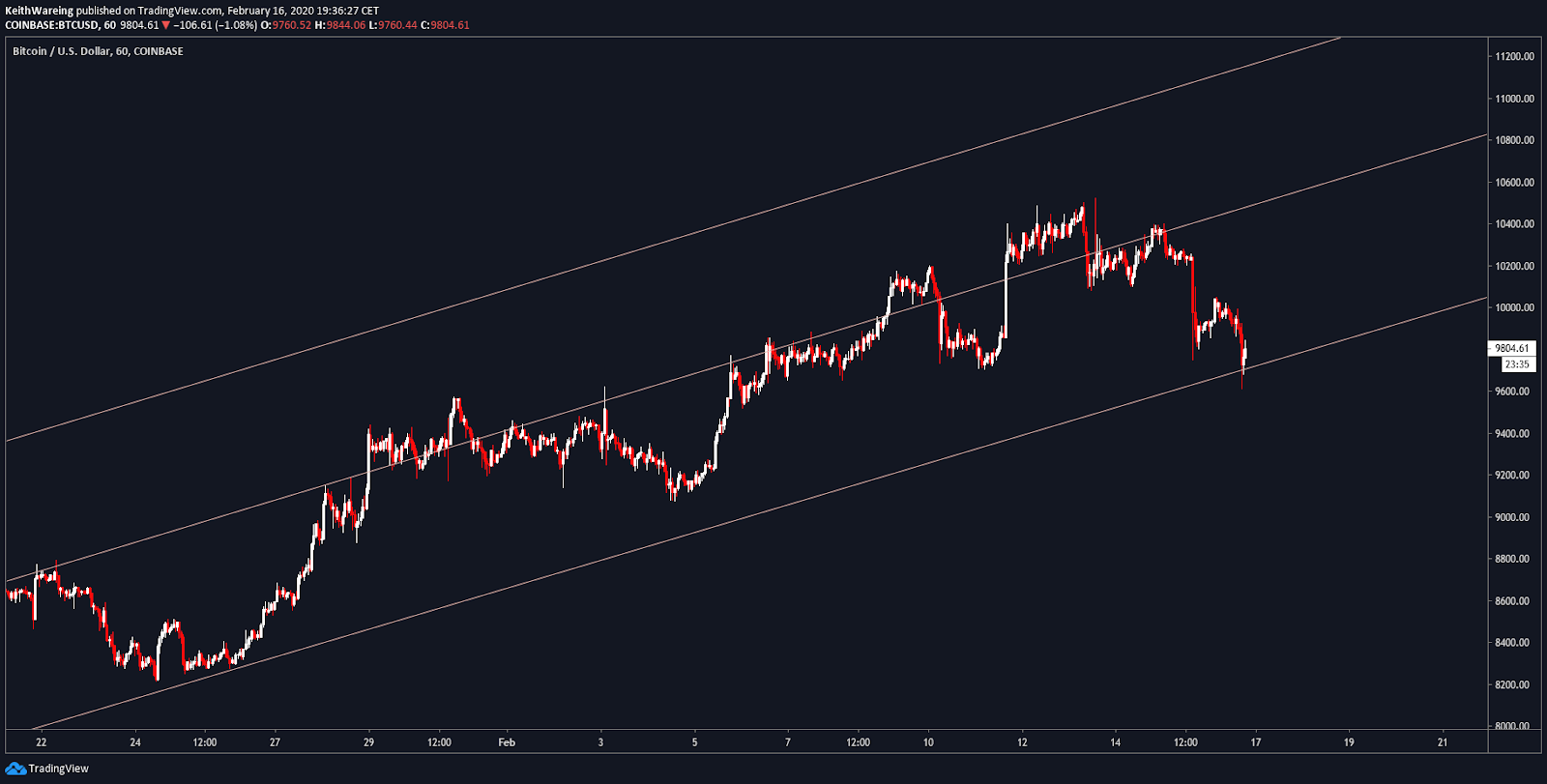 Despite the pullbacks that Bitcoin has experienced over this weekend, it has still managed to hold support in the current ascending channel that it has been in since the beginning of January 2020.

Providing Bitcoin doesn’t begin to break down below the support level throughout next week, then this would see $10,000 as the new support for Bitcoin, with key resistance being around the middle of the channel at $10,500, and $11,500 at the upper end. 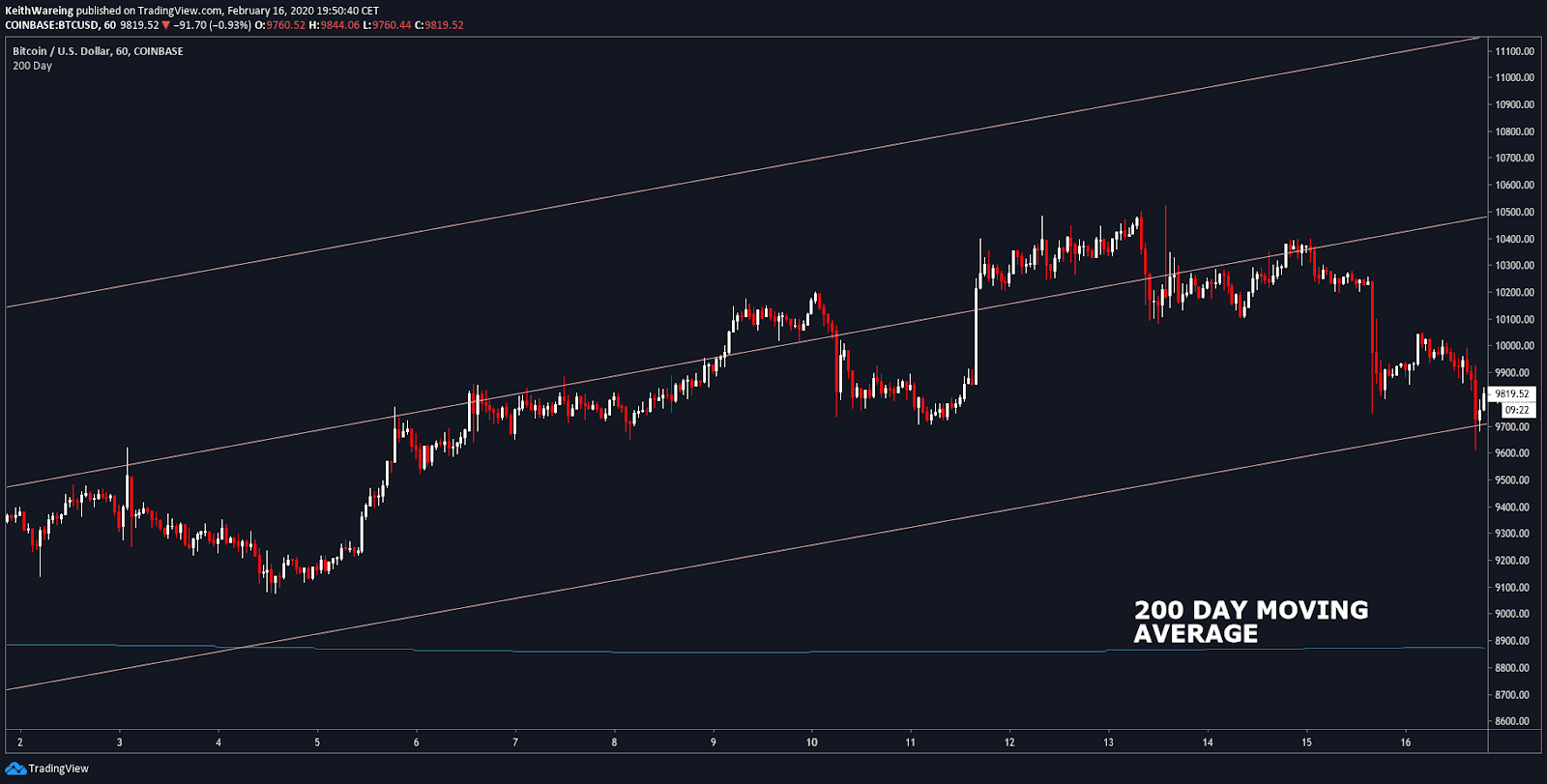 Technically speaking, Bitcoin has broken the support of the ascending channel if you count today’s candlewick down. However, until I see a candle close below this channel I won’t be counting it as valid.

As such, support is currently around $9,700. The next level of support can be found at the 200-day moving average, which is sitting at $8,900. Should this support fail to hold, then this opens up a completely new era for Bitcoin, as historically it has never fallen below this level.