The Bitcoin (BTC) price has seen a strong rebound from $6,800 to $7,600 within a four-day span, recording a 12% increase. Two technical factors are likely to push BTC to $8,000 in the near-term as traders anticipate a strong weekly close.

The 200-day SMA, also used frequently by stock traders, is typically used to determine long-term market trends in an asset or an index.

If the price of an asset, in this case of Bitcoin, remains above the 200-day SMA, it is considered to be in a bullish trend. However, if it consolidates below the level, it signals that the asset is in a bear market. 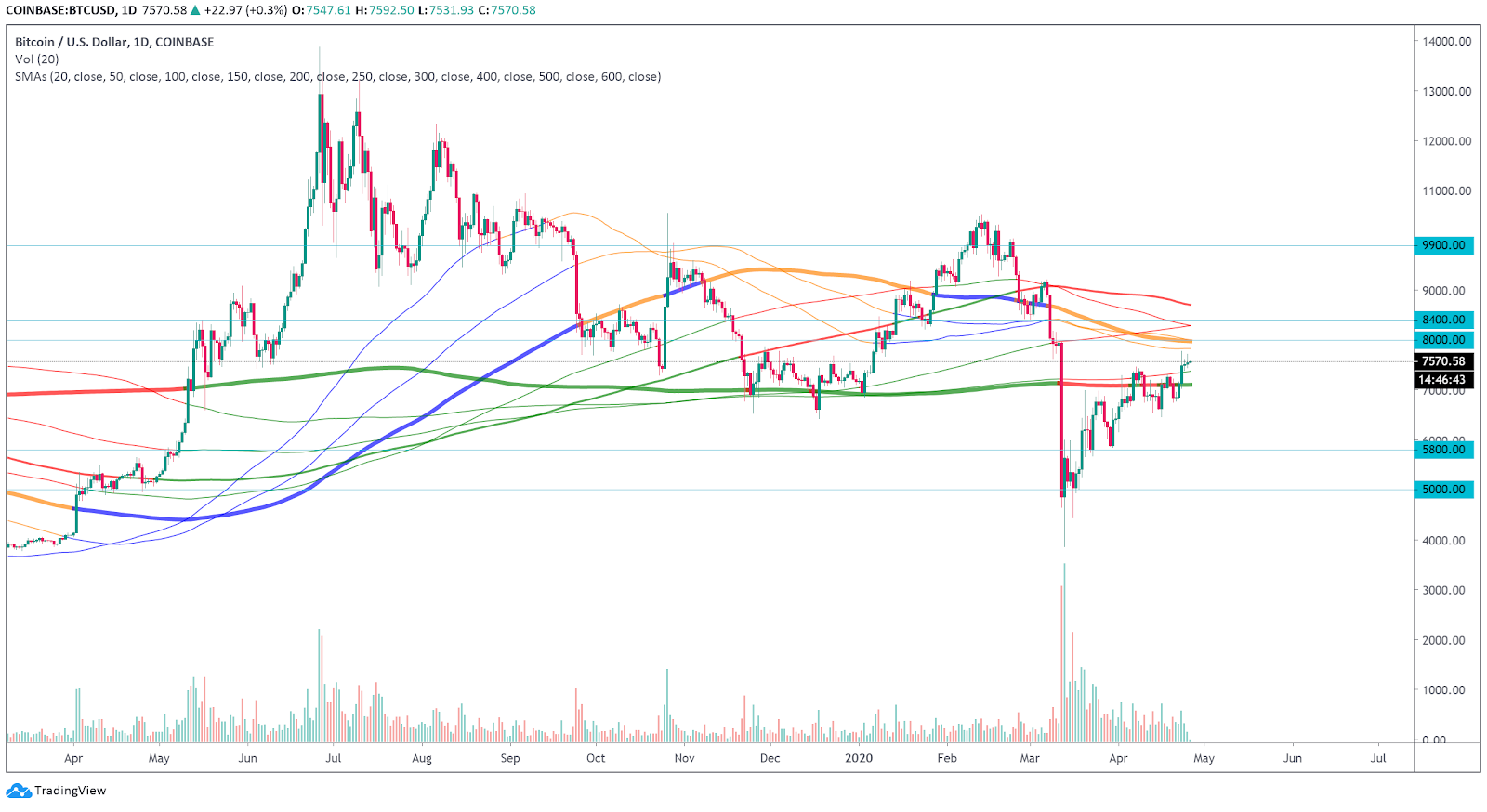 Bitcoin daily chart with SMA over it. Source: Tradingview

Ever since “Black Thursday” occurred on March 12 when the Bitcoin price dropped to as low as $3,600, BTC has remained below the 200-day SMA resistance level. It suggests that technically, Bitcoin is still in a bearish trend and a rejection from $8,000 would confirm that.

But, the Bitcoin price is portraying signs of a further rally up to $8,000, backed by the formation of an ascending triangle at a relatively low time frame.

According to cryptocurrency trader Scott Melker’s technical analysis, the 4-hour chart of Bitcoin is forming an ascending triangle. When supported with a gradually increasing volume and open interest in the futures market, ascending triangles can lead to additional upside movement in the short-term.

Low time frames indicating another minor rally for Bitcoin in the imminent-term and the 200-day SMA present at $8,000 show that the probability of BTC grinding upwards in the upcoming days remains high.

On major spot exchanges like Coinbase, there exists a cluster of large sell orders at $8,000. The tendency of Bitcoin to move towards a direction of large orders led by traders seeking liquidity strengthens the argument for another move up for BTC in the following week. 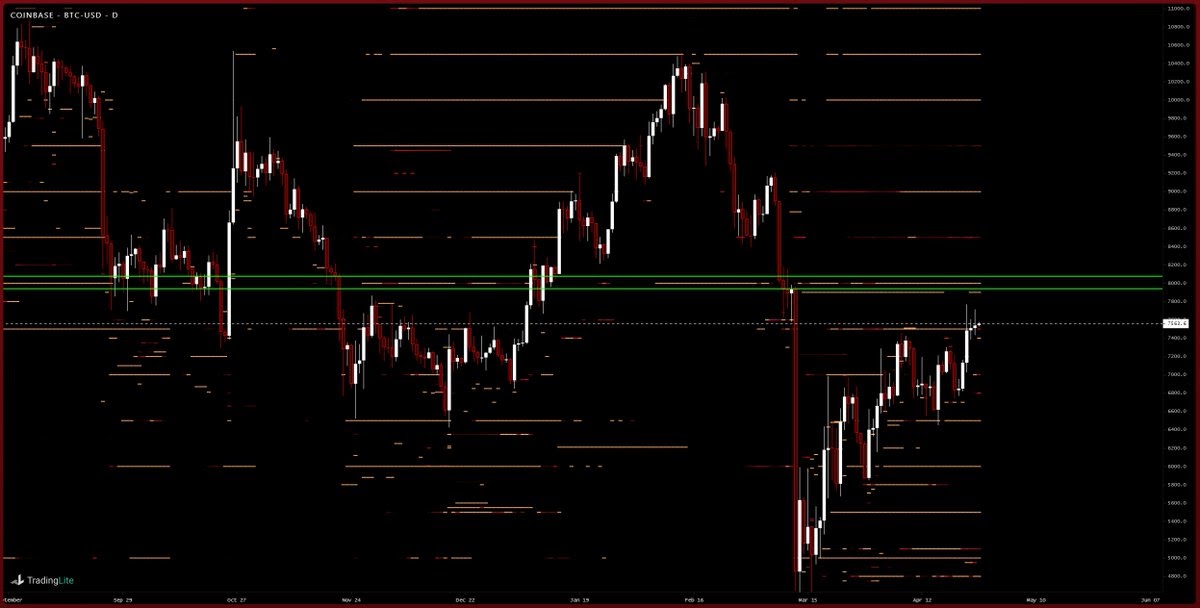 A slow grind up will prove to be beneficial for altcoins

Throughout the past week, alternative cryptocurrencies (altcoins) with large market capitalizations such as Ethereum and Tezos have seen significant gains against both Bitcoin and the U.S. dollar.

Historically, the Bitcoin price moving slowly upwards paired with a rise in daily volume has led to a decent recovery for altcoins.

Ether (ETH), as an example, rallied by 17 percent in the last four days, outperforming Bitcoin despite being down against BTC when the first breakout above $7,000 occurred on April 22.