3 Bullish Signs That Overall Demand for Bitcoin Is Skyrocketing

11042 Total views
49 Total shares
Listen to article
0:00
Markets News
Own this piece of crypto history
Collect this article as NFT

Bitcoin (BTC) is seeing a surge in interest this summer as consumer awareness is reflected in unique network entities hitting more than two-year highs.

More unique entities are joining the Bitcoin network as activity increasingly resembles the bull run to all-time highs in 2017.

According to data from on-chain monitoring resource Glassnode, as of August 4, the average weekly new entity count has returned to 140,000 — its highest since early 2018.

New entities refer to wallet addresses, with Glassnode defining them as “a cluster of addresses that are controlled by the same network entity.”

Overall growth in activity comes as price action flips bullish above $10,000, with five figures holding as support for the first time since 2019. 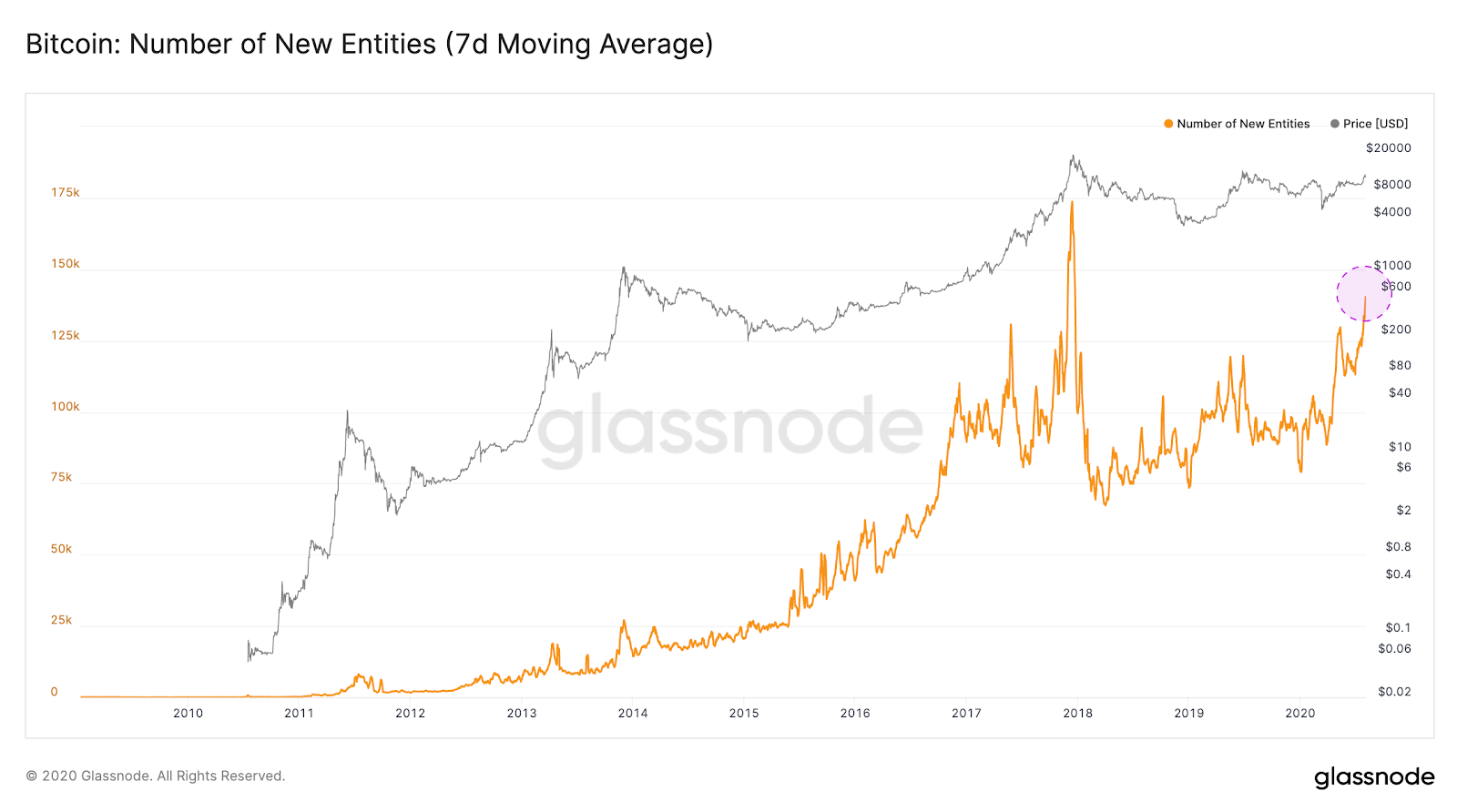 In its "Q2 2020 Shareholder Letter" this week, Square revealed quarterly BTC revenues of $875 million for its Cash App service, which has 30 million active monthly users.

The figure beats the first quarter, which totaled $306 million, by almost 200%.

Compared to the first quarter of 2018, when Square first began to support Bitcoin, the figure is 600% higher. Gross profits have also transformed, with $17 million in the second quarter this year, 711% higher than two years ago.

“Bitcoin revenue and gross profit benefited from an increase in bitcoin activities and growth in customer demand,” the company commented in the letter.

For analyst Kevin Rooke, the results were “unbelievable,” coming after months of economic instability worldwide and a dramatic squeeze in incomes for many earners due to COVID-19. 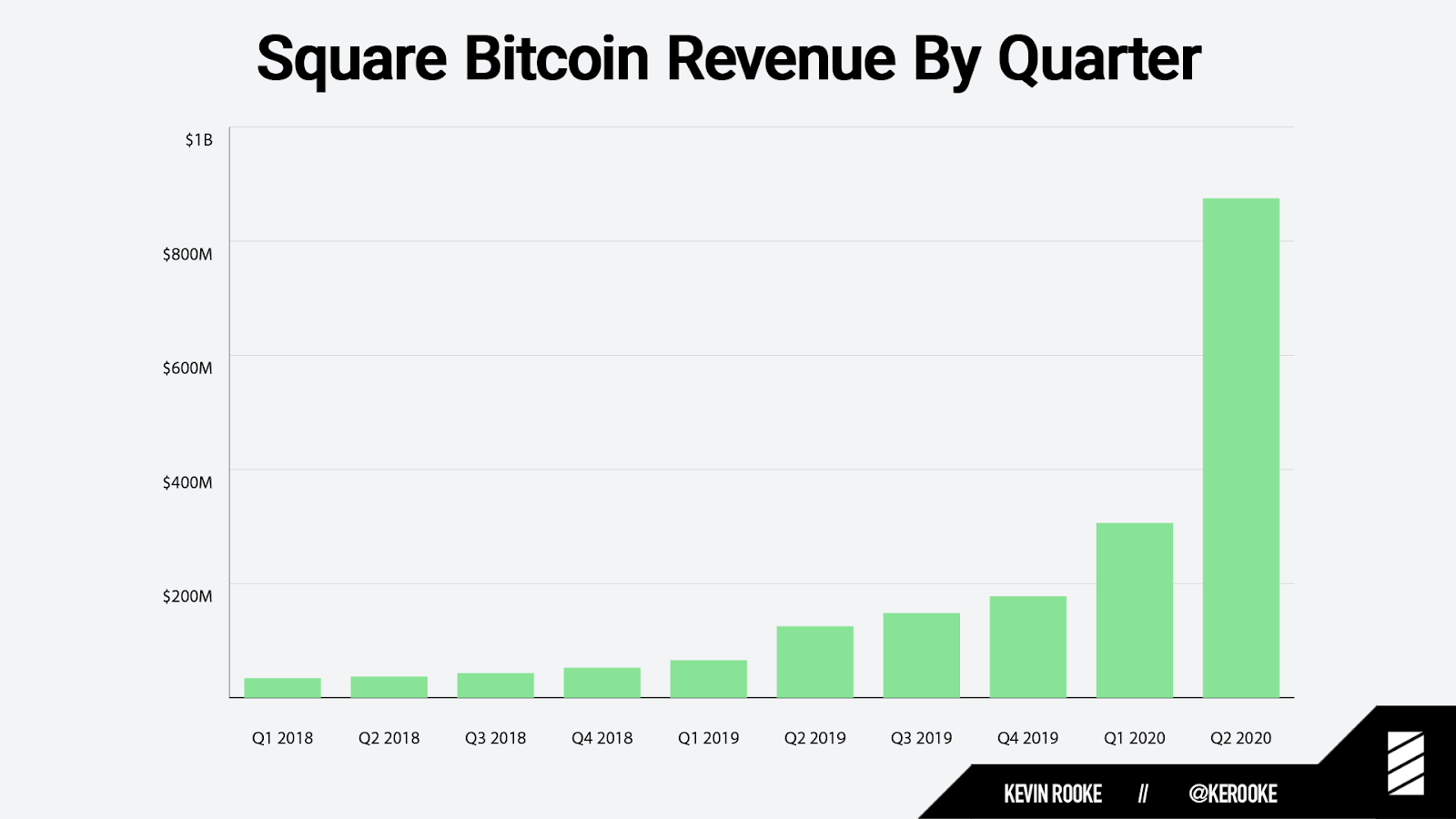 Square was already well known for its presence in the Bitcoin space. Together with investment giant Grayscale, Twitter’s sister company is responsible for buying up the lion’s share of new BTC.

The move appeared to front-run a change in Bitcoin’s own fortunes, with price gains finally sweeping through the market in recent weeks after months of compression.

“Thaaaats a bull market folks,” he summarized in response to Rooke.

Square, meanwhile, may soon not be alone among the payment giants to support cryptocurrency. As Cointelegraph reported, rumors that PayPal may soon follow suit were bolstered last month as correspondence seemed to confirm a new partnership.

Consumers on lockdown have turned to investment opportunities such as popular app Robinhood, while a dedicated monitoring resource shows that United States stimulus checks invested in BTC would have turned a 67% profit to date.