4 Signs the Cryptocurrency Altcoin Market May Have Finally Bottomed

As Bitcoin price climbs, several key indicators suggest that altcoins may have bottomed as many appear in the process of staging trend reversals.

As Bitcoin pushes to $8K, many altcoins appear on the verge of breaking above their 2-year downtrends 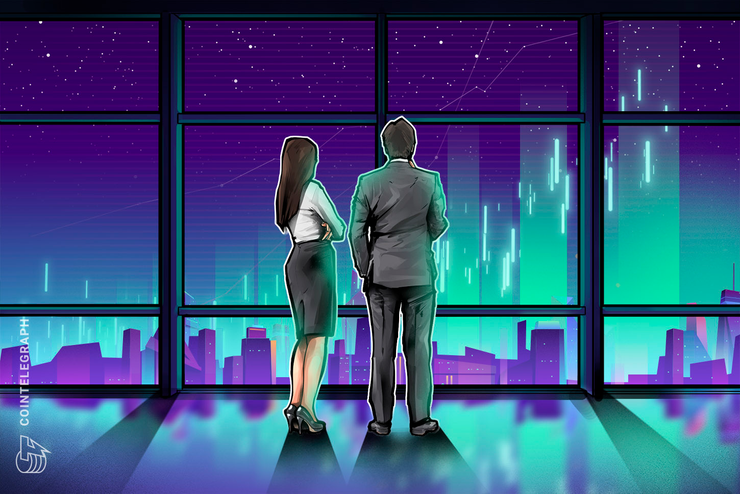 Bitcoin (BTC) made a sudden jump of 9% in the past 24 hours. However, altcoin cryptocurrencies have been showing strength recently as well.

Recent surges from large caps have been in the double digits with Dash (DASH) surging 50% and Bitcoin Cash (BCH) 30% in the past four days. Is it possible to draw a conclusion that the altcoin market capitalization is potentially bottoming? Let’s find out.

Altcoins retraced to their cycle lows

Many altcoins have reached their cycle low levels, which means that many of them hit levels not seen since before the bull market in 2017, and some have even dropped to their January 2016 levels. One example is Dash. 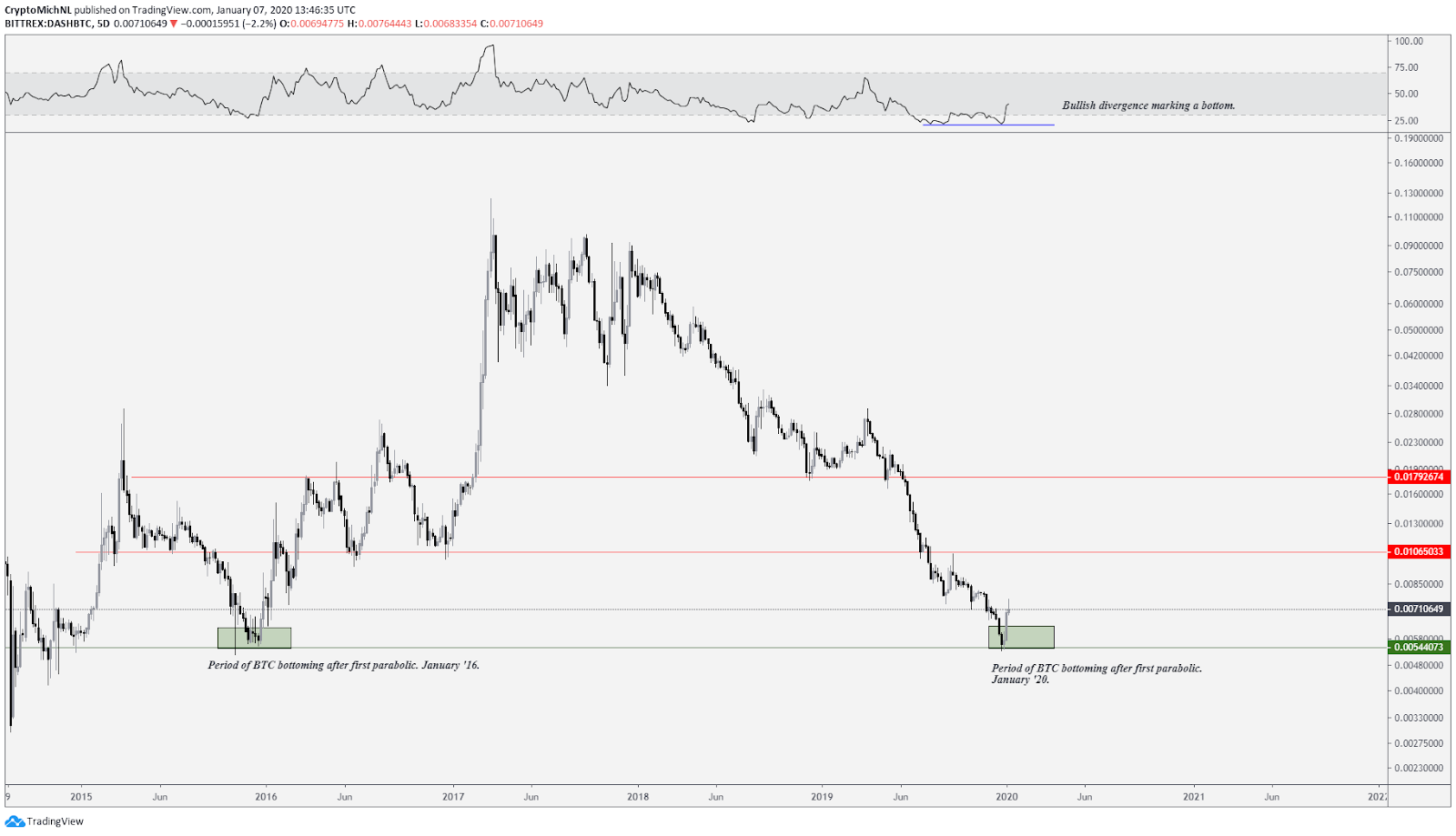 Markets tend to move in cycles, through which data accumulates from previous periods. The Dash chart is showing a cycle low in 2016 at the green rectangle. 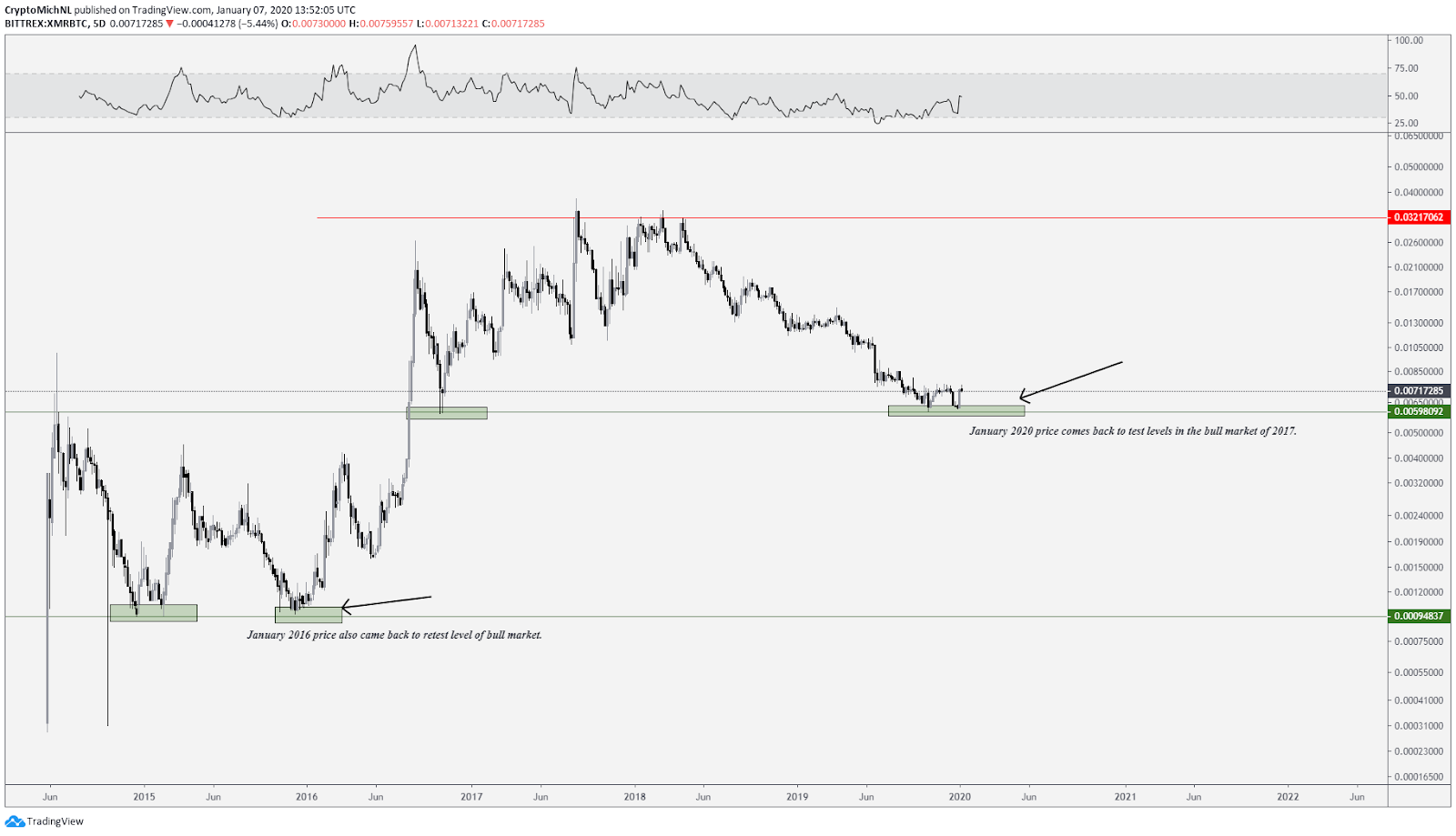 At the same time, a full retrace to these levels is not always necessary. It can also retrace towards the cycle lows in 2017. An example of such a chart is Monero (XMR). This privacy-focused coin retraced back to the first support of the last cycle, found around 0.00600000 satoshis.

The same phenomenon is spotted here, which means that there’s another bullish divergence marking a local bottom.

So is a new cycle is going to start? If we would do a survey of sentiment between regular altcoin investors, then it would currently be “depression,” as the majority of the altcoins have been crushed in the last months against their BTC pair.

Moreover, a similar view is found on USD pairs with XRP (XRP), in particular, demonstrating major weakness in recent months.