44 Percent of Russians Have Heard of Cryptocurrency, New Survey Reveals

A survey from research holding Romir shows that almost half of Russians have heard of cryptocurrency.

14326 Total views
286 Total shares
Listen to article
0:00
News
Own this piece of crypto history
Collect this article as NFT

Almost half of Russians have heard of cryptocurrencies, and 13 percent claim to have a good understanding of them, a survey conducted by research holding Romir revealed August 7.

Romir, a representative of the Gallup International Association in Russia, asked 1,500 Russian residents about their knowledge of cryptocurrency, as well as their plans to interact with the industry.

Of those respondents, 44 percent had heard of crypto, 13 percent said they had a good understanding, and 56 percent did not know what the word meant. 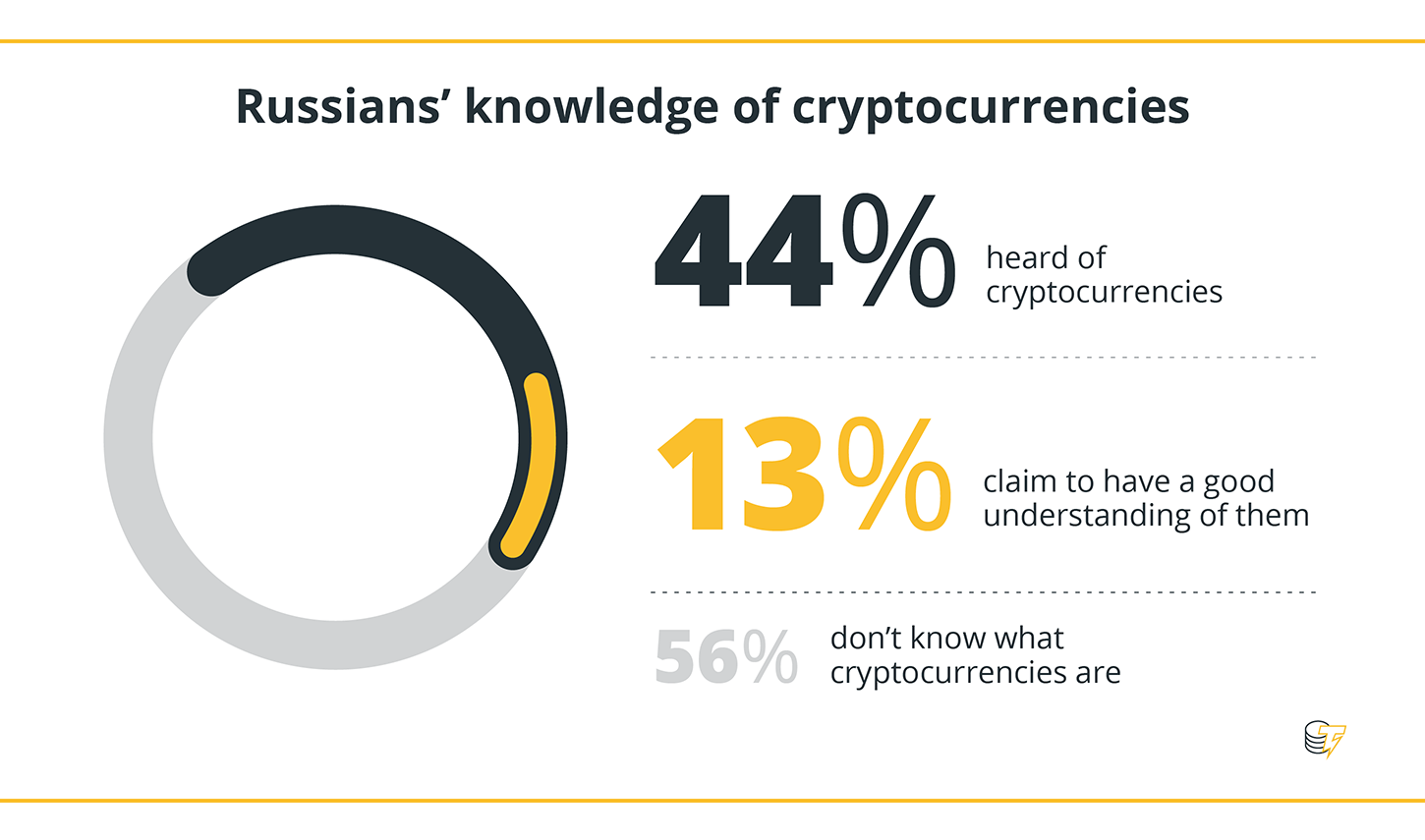 The survey also noted that 31 percent of respondents answered that they can “imagine what cryptocurrencies are, but do not have an exact clear understanding of them.”

Russia is in the midst of formalizing its regulatory approach to various aspects of the cryptocurrency phenomenon, including the taxation, mining and exchange of digital assets.

After years of mixed signals from lawmakers about the legality of Bitcoin (BTC) in particular, the first reading of the package of draft bills concerning cryptocurrencies and blockchain was successful earlier this year. The Russian government has yet to formally approve the statutes as law.

Romir’s president Andrey Milyokhin noted that the results of the survey have “conclusively proven that cryptocurrencies have not yet formed a meaningful financial instrument,”

“Moreover, Russian society, having previously had its fingers burned by various get-rich-quick schemes, is demonstrating a healthy skepticism in this case.”

The survey’s other findings included a relationship between income and knowledge of the crypto sphere: people with lower incomes tended to know more about cryptocurrency.

At the end of January, another crypto-related survey conducted by the All-Russian Center for the Study of Public Opinion (VCIOM) found that more than 56 percent of Russians had heard of Bitcoin, noting that 74 percent of Russia’s capital Moscow’s population is now aware of the cryptocurrency.