Why it is important to develop connections with Asian Blockchain now, and which instruments there are to do this successfully. 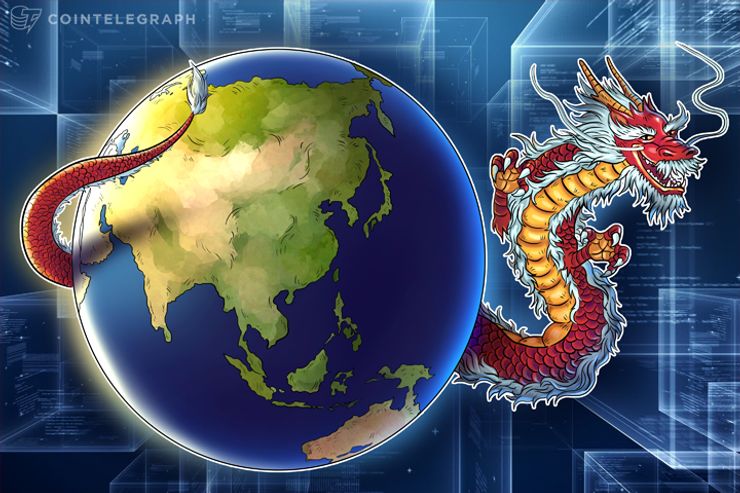 Asia is unique in the increased use of Blockchain. Many investments are flowing into the Asian market and it is definitely the place many are looking to place their investment. In addition, Asia’s economy is becoming more advanced. There is especially great involvement of fintech and economic use cases of the Blockchain in Asia at the moment. This article will delve into the things that make Asia a leader in Blockchain implementation and development.

Hu Bing, a researcher at the Institute of Finance and Banking, a Chinese government-supported academic research organization, claimed that the government’s ban on initial coin offerings (ICOs) is only temporary.

Bing explained that the suspension on ICOs and the government’s declaration of ICOs as an illegal fundraising method are only temporary until local financial regulators introduce necessary regulatory frameworks and policies for both ICO investors and projects. The most important takeaway from this is that the Chinese cryptocurrency community must understand that the government has not “forbidden” ICOs but rather “paused” them. This shows that the government still intends to resume ICOs in the near future.

With this optimism, the Chinese market is once again opening up for investors. Chinese investors are again looking to invest in global projects. Many companies will have the door open once again for showing their projects to Asian investors again in the near future.

The ICO ban will pass and now is the time to get back into bridging the gap between Asia and global players. The ban does not mean that Chinese startups cannot use an ICO or invest money in startups. This does not stop Chinese cryptocurrency developers, investors or providers from getting in on the action.

Even with these bands investments and ICOs continue to grow. Chinese companies are still eager to invest heavily in emerging technologies. General support for fintech has not wavered, despite the ban.

Mikhailov sums up the situation as such:

”We, members of the cryptocurrency community and the Chinese, are writing history together. The future of humanity depends on what steps forward we are taking now. The ICO model is one of the steps that must be taken for progress to occur.”

The Blockchain community should remain firm and keep on investing and starting Blockchain projects together. China may be struggling but now it is essential to bridge the gap with Asia and the global market to make sure investment interests don’t die out.

BlockShow is currently the only event out there that can connect Asia to the World. There will be many international companies and projects to invest in. The event will get you closer to the Blockchain community including Blockchain startups, investors, projects, ICOs and networking. In addition, there will be startups presenting groundbreaking solutions that you can collaborate with.

In the light of the recent problems, Chinese investors got their money back as projects had to give it back and to be left without capital. Thus BlockShow is a unique opportunity for the global projects to show off in front of Asian investors, who did not even consider them until recently.

Asia Pacific is projected to hold one-third of the global wealth in 2019 according to BCG global wealth market sizing Database 2015. In addition to this Asia represents half of the world population, with most Asian countries having a high percentage of young technologically advanced people seeking for new ways to spend and invest their money.

There is increased Bitcoin adoption and development in China. China has a large register of Bitcoin users and quite frequently impacts Bitcoin trading. Also, more than 80 percent of Bitcoin transactions take place in the Chinese Yuan. What's more to add to this is that China currently holds 50 percent of the global mining power.

Another reason for increased interest in Blockchain and cryptocurrencies in Asia is that developing countries in the Asia Pacific are keen to move directly into a digital financial marketplace. Many people in China are using smartphones for mobile banking demonstrating the economy and financial sector is far more advanced compared to the US and Europe who still turn to traditional banking. The rise of e-commerce in Asia is also the main reason why many companies are turning to implementing and improving Blockchain services in Asia. Lastly, according to an EY publication, Chinese consumers are more eager to embrace fintech, especially in the under-banked or unbanked populations. The millennials are tech-savvy exhibiting a higher tolerance towards financial risks and greater propensity to spend and are more open to keep learning about the Blockchain.

To back this up a Fintech 100 report states:

“Within three years, China’s fintech ventures have gone from only one company included in the top Established 50 rankings in 2014, to this year China featuring four of the top five companies and eight of the top 50.”

Many investments in Asia are due to the governments creating regulatory sandboxes in order to drive fintech innovations. Asia is using these regulatory sandboxes for promising start-ups, tax incentives and government and industry backing to increase investment in the region. Additionally across Asia, governments, central banks and regulators are creating vigorous regulatory plans in hopes of ensuring that fintech start-ups continue to innovate and in turn, banks can safely adopt new technologies.

Singapore has been one of the leaders in Asia in the Blockchain movement. Singapore is already known for conducting business-friendly environments with a supportive government, but now they are hosting the most interesting Blockchain companies that play a large role in the international Blockchain system as a whole.

Singapore is the place where a lot of Blockchain related events have been hosted in the financial and tech world. BlockShow Asia is coming up in Singapore as well since the country has taken many steps to implement Blockchain technology. The BlockShow is your gateway to see how Blockchain is indeed developing in Asia.

Currently, big milestones have been tackled as Singapore’s central bank will implement a tokenized version of the Singapore dollar on an Ethereum-based Blockchain. While, the IBM Center for Blockchain Innovation has nourished local talent by working with government authorities, academics and other industries to make Singapore a pioneer in fintech innovation.

The Asian Pacific market is fast in embracing Blockchain and will further implement the technology in order to stay ahead of the pack. The increased use of the technology will open up for more investments in Asia leading to a further competitive economic advantage for the countries.