Most of the top 20 cryptocurrencies are reporting moderate to notable gains on the day as bitcoin approaches $8,000 again.

Sunday, May 19 — most of the top 20 cryptocurrencies are rebounding to report moderate to notable gains on the day by press time. Bitcoin (BTC) has pushed to just below the $8,000 mark again. The market rebound comes after a sharp correction on May 17 that followed almost a week of massive growth. 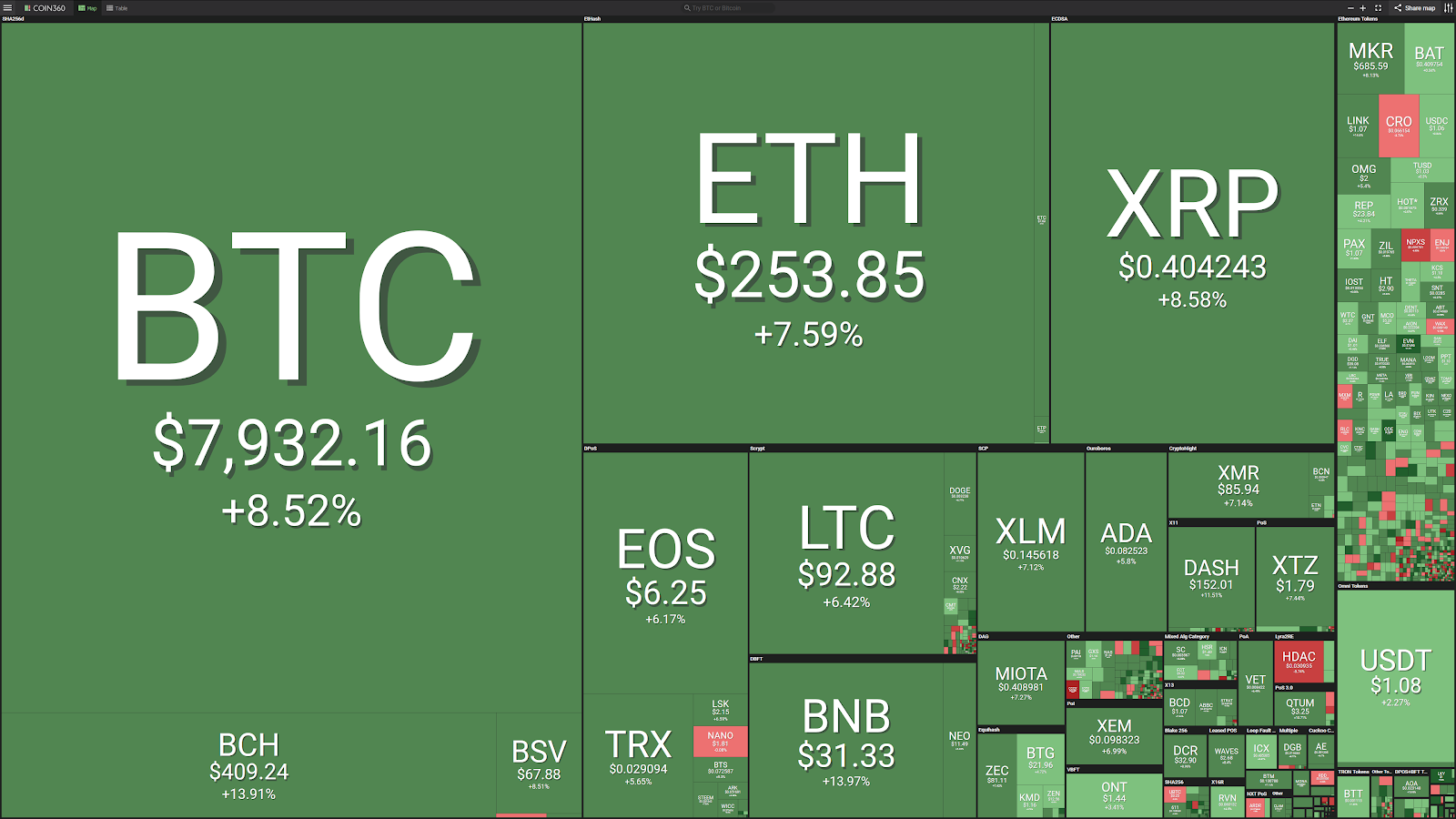 Bitcoin is about eight percent up on the day, trading at $7,928 at press time, according to CoinMarketCap. Looking at its weekly chart, the coin is up close to 11%.

As Cointelegraph reported earlier today in a dedicated analysis, figures published by bitcoin core developer Luke Dashjr show that more than half of the full nodes in the bitcoin network are still running client software vulnerable to an inflation bug discovered in September 2018.

Ether (ETH) is holding onto its position as the largest altcoin by market cap, which currently stands at $27 billion. The second-largest altcoin, XRP, has a market cap of $16.9 billion at press time.

CoinMarketCap data shows that ETH is up over 7% over the last 24 hours. At press time, ETH is trading around $254. On the week, the coin has also seen its value increase by over 35%.

Among the top 20 cryptocurrencies, the ones reporting two-digit gains are bitcoin cash (BCH) and dash (DASH), up 13% and 10% respectively

At press time, the total market capitalization of all cryptocurrencies is currently at $247.8 billion, over 18% higher than the value it reported a week ago.

A recent report claims that the European Central Bank stated that cryptocurrencies do not have implications on monetary policy or factor into the real economy.