Excitement is building around Bitcoin's price as history appears to repeat itself and analysts recall the start of its run to $20,000 all-time highs.

The creator of arguably the most famous Bitcoin (BTC) price forecasting tool has declared that the largest cryptocurrency is in a bull market.

In a tweet on Aug. 18, quantitative analyst PlanB — creator of the stock-to-flow series of Bitcoin price models — said that with a relative strength index (RSI) of 64, the bull market was “confirmed.”

RSI is used to determine whether Bitcoin is overbought — or oversold — at a specific price point.

Current behavior mimics that of previous halving cycles, with 2012 and 2016 both seeing solid RSI scores accompany a price run shortly after the halving event itself. 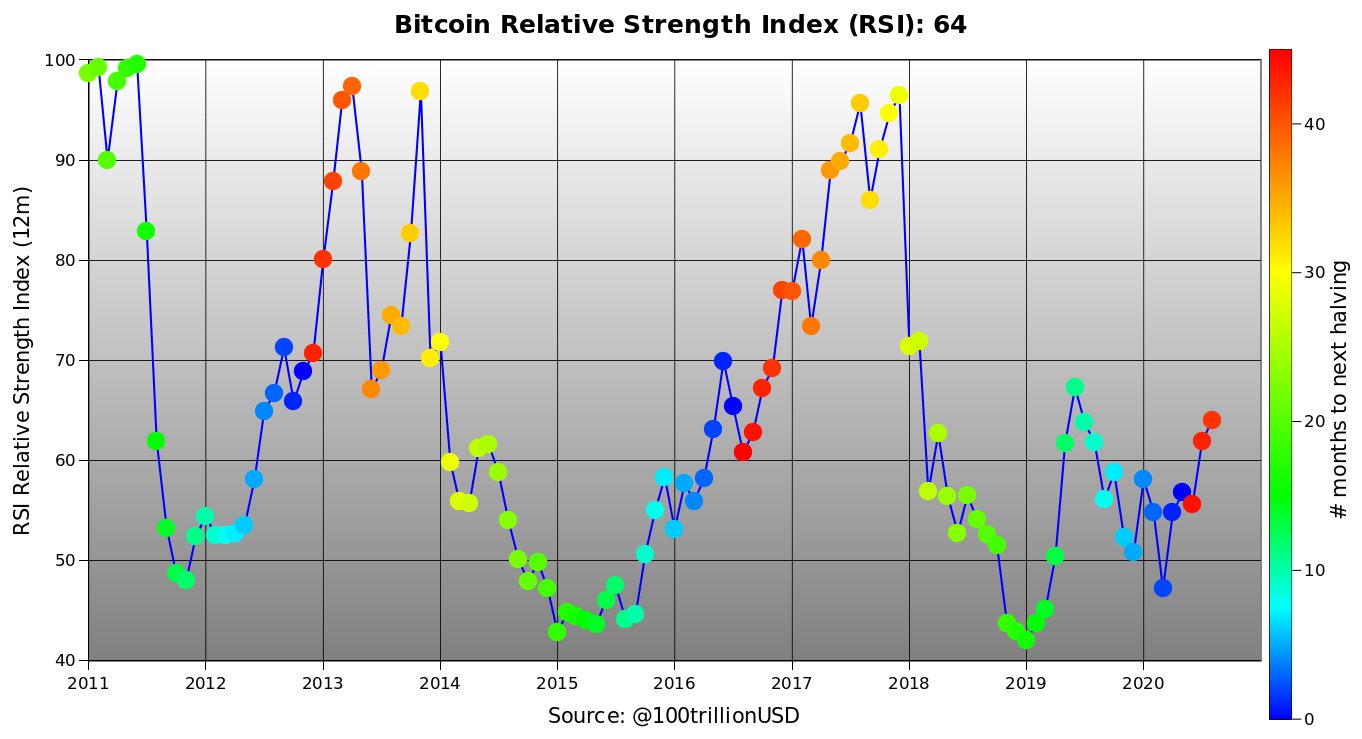 BTC/USD has surprised commentators by retaining $12,000 support after another attempt at securing the level suddenly succeeded on Monday.

At press time, the situation was beginning to show signs of strain, with a fall bouncing at just $12,020.

Earlier, Cointelegraph reported on consensus building around $13,000 and $14,000 as the next significant levels, overcoming which could trigger a serious push toward new all-time highs.

BTC has diverged from safe-haven gold over the past two weeks, but one theory neatly explains why both assets have performed so well.

The United States dollar has weakened, and according to the U.S. dollar currency index, a more significant collapse may be near.

The index measures the dollar’s strength against the currencies of a basket of U.S. trading partners. As analyst Mati Greenspan noted, the value is now at its lowest in two years.

“Once the Jan. low is breached (4 handles lower), a larger wound will open and the blood loss will accelerate. Once it breaks the 2008 low the dollar will bleed out.”

The Federal Reserve is widely tipped to demand higher inflation going forward, something that commentators previously said would be extremely bullish for safe havens.