An essential Bitcoin (BTC) metric has hit a new all-time high as miners pledge ever more computing power to securing the network.

The achievement follows several weeks of hash rate growth, with the seven-day average at 123.4 EH/s as of Monday.

The previous record came in early March, just a week before the Coronavirus-induced crash severely disrupted both network and price activity. 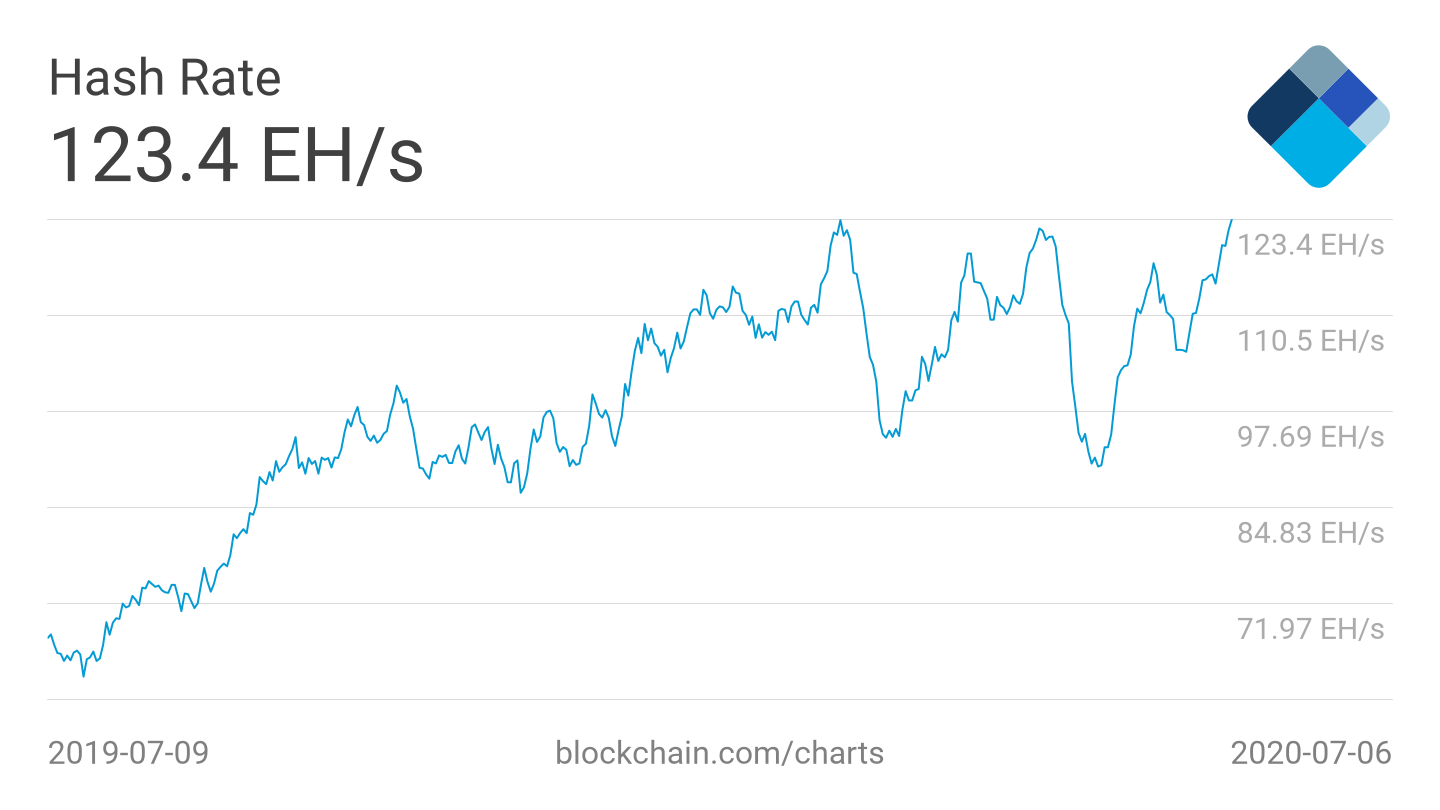 Hash rate is an estimate of how much computing power miners are devoting to processing Bitcoin transactions. A higher average suggests that miners have more faith in profitability, and their activity in turn strengthens the network.

Cointelegraph regularly reports on hash rate changes, along with Bitcoin mining difficulty, which is also on the rise after around a month of stagnation.

“I expect it to keep going up from here, maybe slightly less than the dark blue post 2016 line, at ~2-3X/yr,” quant analyst PlanB commented on Monday.

Rising fundamentals currently contrast with the relative lack of support for Bitcoin price bulls. As Cointelegraph reported, only a boost for stock markets saved BTC/USD from a third retest of $9,000 support in as many days.

“Bitcoin Failed to reclaim that 9300 level last night.  The 50 DMA is again the test for Bitcoin,  sat at ‘support’ on the 9250 level but the previous 2x times this failed in the exact same situation,” he told subscribers of his Telegram trading channel.

“S&P 500 futures were down those times too as they are today, so given that I’ve hedged my longs for now.”

Bitcoin has shown strong correlation to the S&P 500, with PlanB this week forecasting BTC hitting $190,000 if the index passes 4,000 points.

Meanwhile, realized volatility is at lows not seen since November 2018 — just before a huge sell-off sent Bitcoin to lows of $3,100.