Bitcoin Just Painted a ‘Golden Cross’ But Is $10,500 Now Achievable?

The recent golden cross between key moving averages has Bitcoin traders wondering if a strong upside move to $10,500 is in the making.

Bitcoin (BTC) price remains in a somewhat neutral zone, caught between two highly consequential paths. For the past week, the top-ranked digital asset on CoinMarketCap has struggled to push above $9,900 in order to attack the $10K mark.

On Tuesday morning Bitcoin made another attempt at $10,000 when the price quickly rallied to $9,900 as some sort of hiccup in the BitMEX trading engine caused the exchange to cut out for nearly an hour. The move didn’t last long and for the remainder of the day, the price remained pinned below $9,800.

Yesterday the mining difficulty rate dropped by 6%, meaning some miners who shut down their operations due to the block reward reduction and current Bitcoin price may also find it easier to mine Bitcoin after the difficulty adjustment.

As mentioned earlier, Bitcoin is currently at a ‘crossing the Rubicon’ moment. Some traders believe that if the asset can rally to $10,200 and close above this level the path forward is bullish, especially if Bitcoin can push through $10,500. Others believe that a drop below the $8,900-$8,550 support zone means prolonged sideways price action is to be expected for the remainder of 2020.

Looking at the daily chart, we can see that Bitcoin continues to make higher lows and remains above the multi-week ascending trendline. Currently, the price continues to tighten in a pennant seen on the 4-hour and 1-hour timeframe.

A strong volume breakout from this pennant should propel the price to $10,200, a point which is also aligned with the top arm of the Bollinger Band indicator. 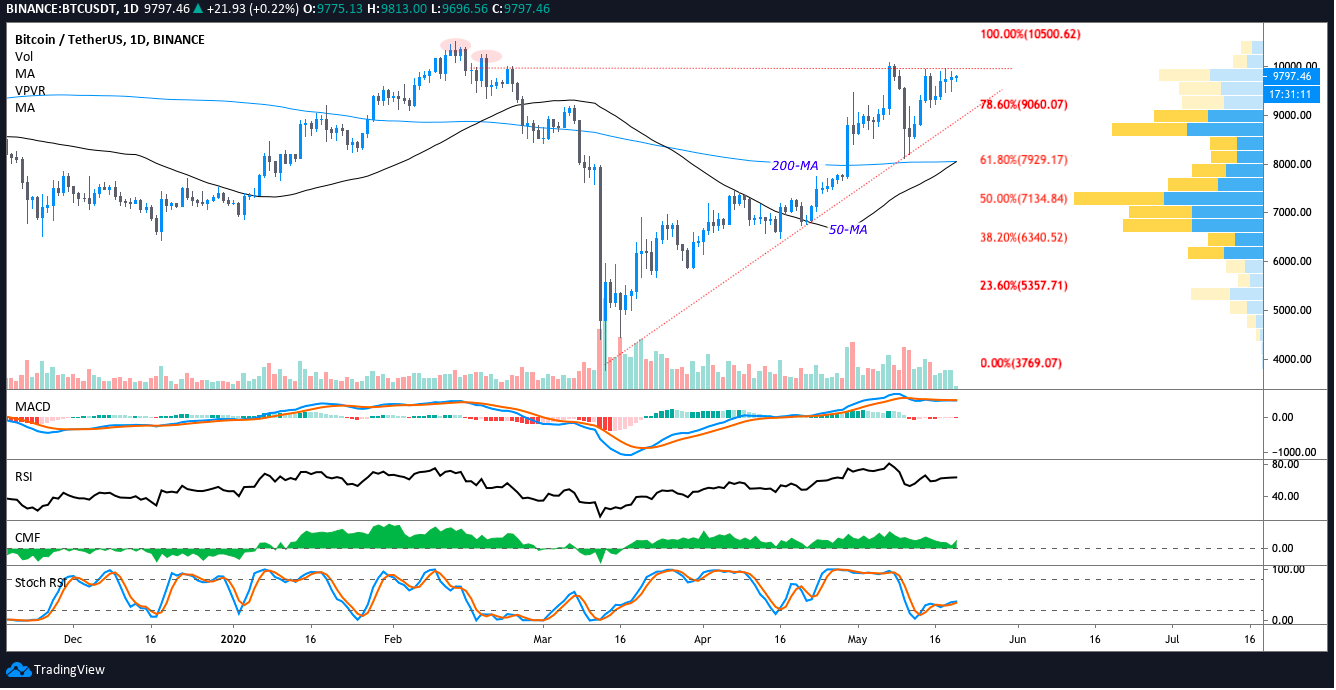 Does a golden cross mean a bull run is coming?

This week crypto media has given much attention to the impending golden cross between the 50-day and 100-day moving average which is expected to occur within the next few days. Data from Cointelegraph Markets shows this would be the seventh time the moving averages have converged in Bitcoin’s history.

Typically, traders interpret the cross between the moving averages as a bullish signal so as the maneuver comes closer to completion Bitcoin price could see an increase in buying pressure. This is possible more reason to expect the digital asset to break above $10K and test the $10,200 level in the short term.

It should be noted that a golden cross is not always followed by a strong rally. Take the most recent example of the February 19 golden cross which was followed by the catastrophic drop to $3,750 less than a month later on March 13. 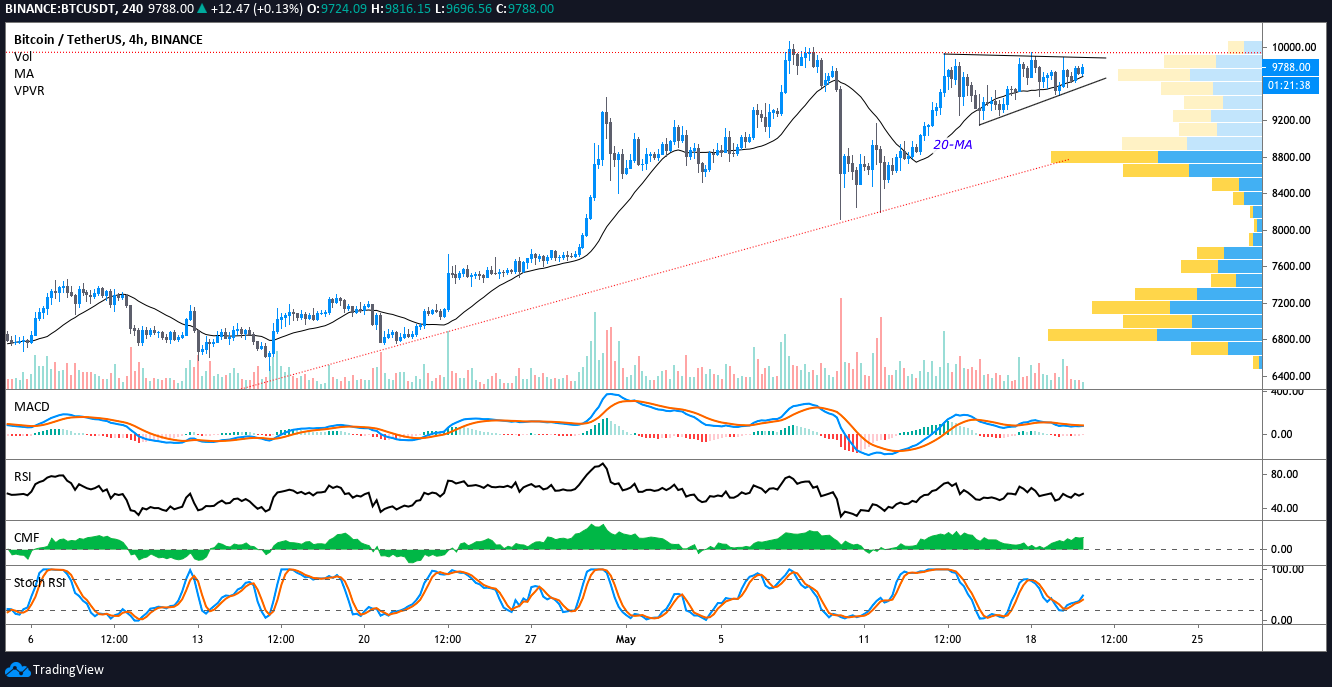 For the short term, traders are watching to see if Bitcoin can breakout from the pennant and overtake the $9,900-$10,000 resistance zone. Volume permitting, a move above $10,071 clears a path for the digital asset to rally to $10,200.

Knocking out the 2020 high at $10,500 would place the price above the long term descending trendline from the $19,800 all-time high, a feat which many traders say would be confirmation of a new bullish cycle starting.