Localbitcoins has defied a downturn in price to see new all-time trading highs yet again at over $32 million.

The P2P marketplace, which operates in markets throughout the world and has seen a surge in usage in recent months, has seen trade volumes increase on an almost weekly basis.

A dip earlier this month was counteracted by data for the seven days ending March 25, with the service’s Chinese sector contributing over 54 mln yuan to the total.

In the week prior, China itself set a new all-time trading record as regulatory noises from the central bank sent traders rushing to do business on comparatively unregulated P2P marketplaces.

A repeat trend is being seen across the world in Mexico, meanwhile, with data from the country’s biggest exchange Bitso making for impressive reading.

Last week saw the exchange handle 3,660 BTC, with the first week of March seeing a record 4,870 BTC, broadly in line with universal increased activity prior to the Winklevoss ETF decision. 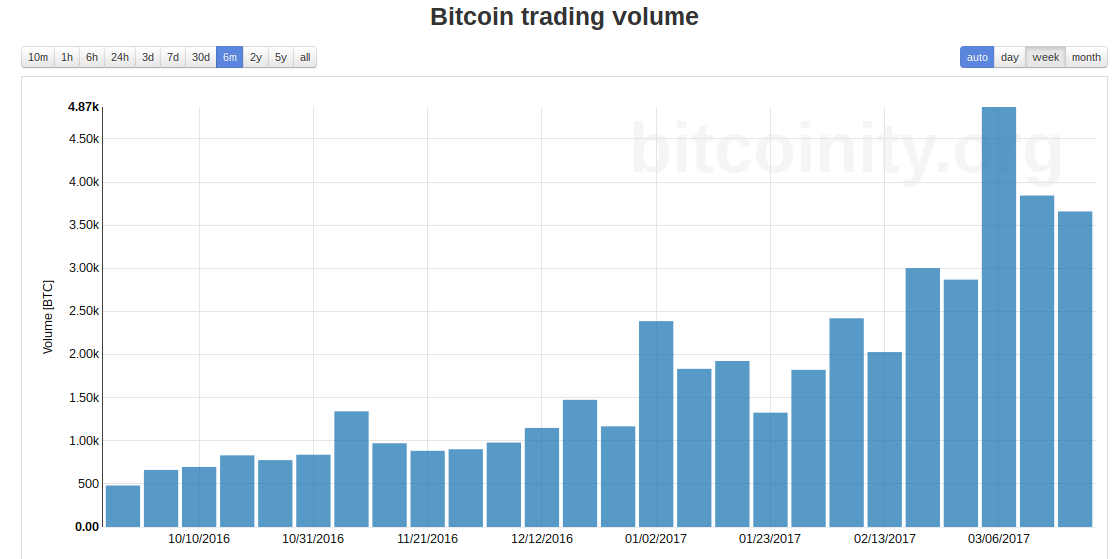 Commenting on the figures, vocal Bitcoin Core proponent Avatar-X added that weekly volumes for Mexico as a whole “is at least” $10 mln at present.