A major retracement or hardly any retracement at all are both viable options, say forecasts, as $11,000 BTC price remains intact.

Bitcoin price (BTC) closed just below weekly resistance to start this week on a more bearish note, but still held support above $11,000 on July 8.

Data from Coin360 showed BTC/USD in the green at press time Monday, gaining 1.8% in the past 24 hours. 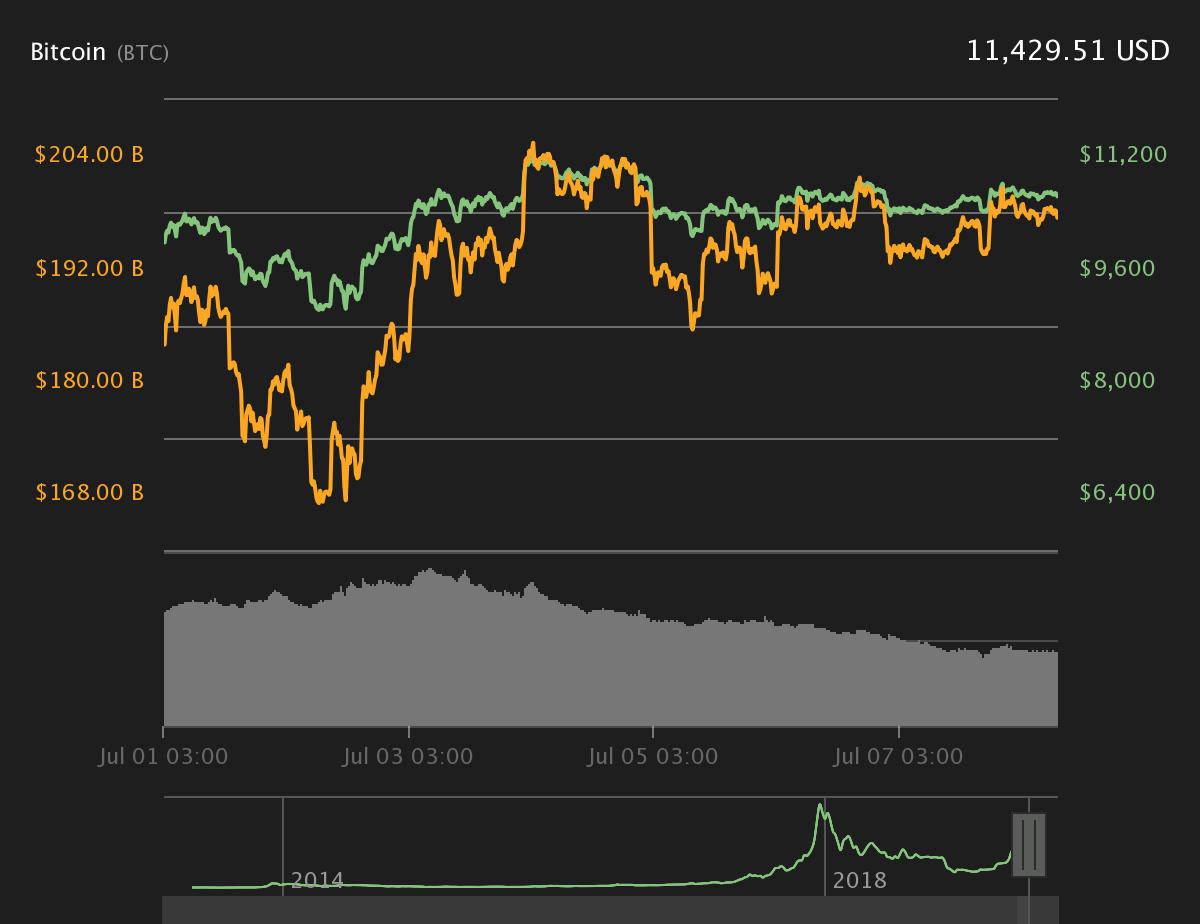 Now, analysts are noting short-term behavior could nonetheless point to lower lows in the coming days and weeks.

“With lower-highs on the 4 hr chart, I'd look to lean bearish as we start the week,” he summarized.

Veteran Peter Brandt meanwhile appeared more worried. Having already warned about the de facto ‘death’ of the altcoin market, he voiced major concerns about a possible U-turn of bitcoin’s own successes, something he had also forecast.

“If current parabolic phase is violated, we could expect either an 80% correction of 7-month advance or much smaller correction w/ definition of new parabola w/ shallower slope,” he wrote on Sunday.

Others had previously dismissed the idea of such a wild retracement, arguing the state of bitcoin in 2019 meant that around 20% losses were more likely.

Altcoins had in fact seen little change in recent days, with the exception of market leader ethereum (ETH), which gained 6% to reclaim the $300 mark. 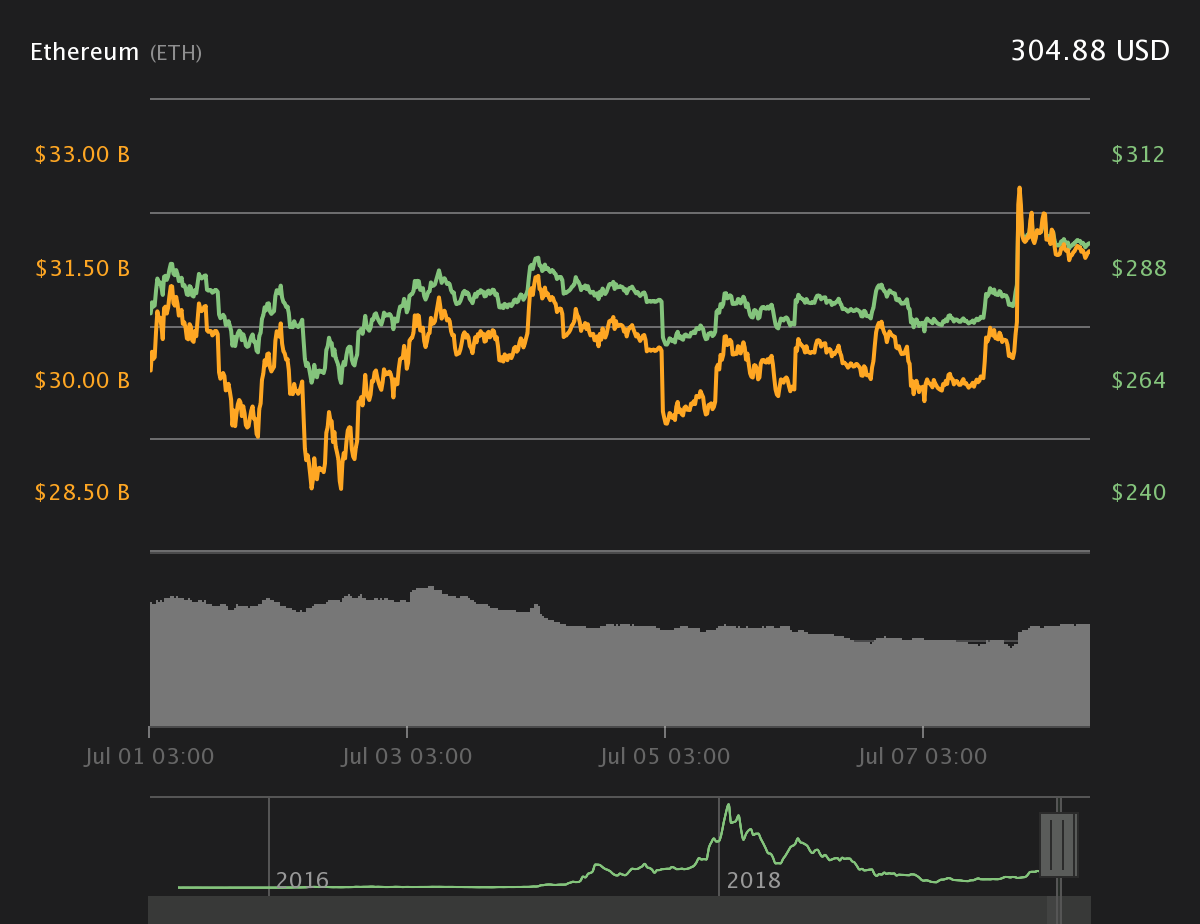 Tron (TRX) put in the best 24-hour performance in the top twenty assets by market cap, its growth reaching 9%, while other tokens produced no noticeable up or downward moves.

The overall cryptocurrency market cap stood at $327 billion on Monday, with bitcoin accounting for 62.1% of the total.