Most of the top 20 cryptocurrencies are reporting moderate gains on the day, as bitcoin has fallen below the $7,900 mark again.

5770 Total views
120 Total shares
Listen to article
0:00
News
Own this piece of history

Thursday, May 16 — most of the top 20 cryptocurrencies are reporting moderate gains on the day by press time, as bitcoin (BTC) has fallen below the $7.900 mark again. 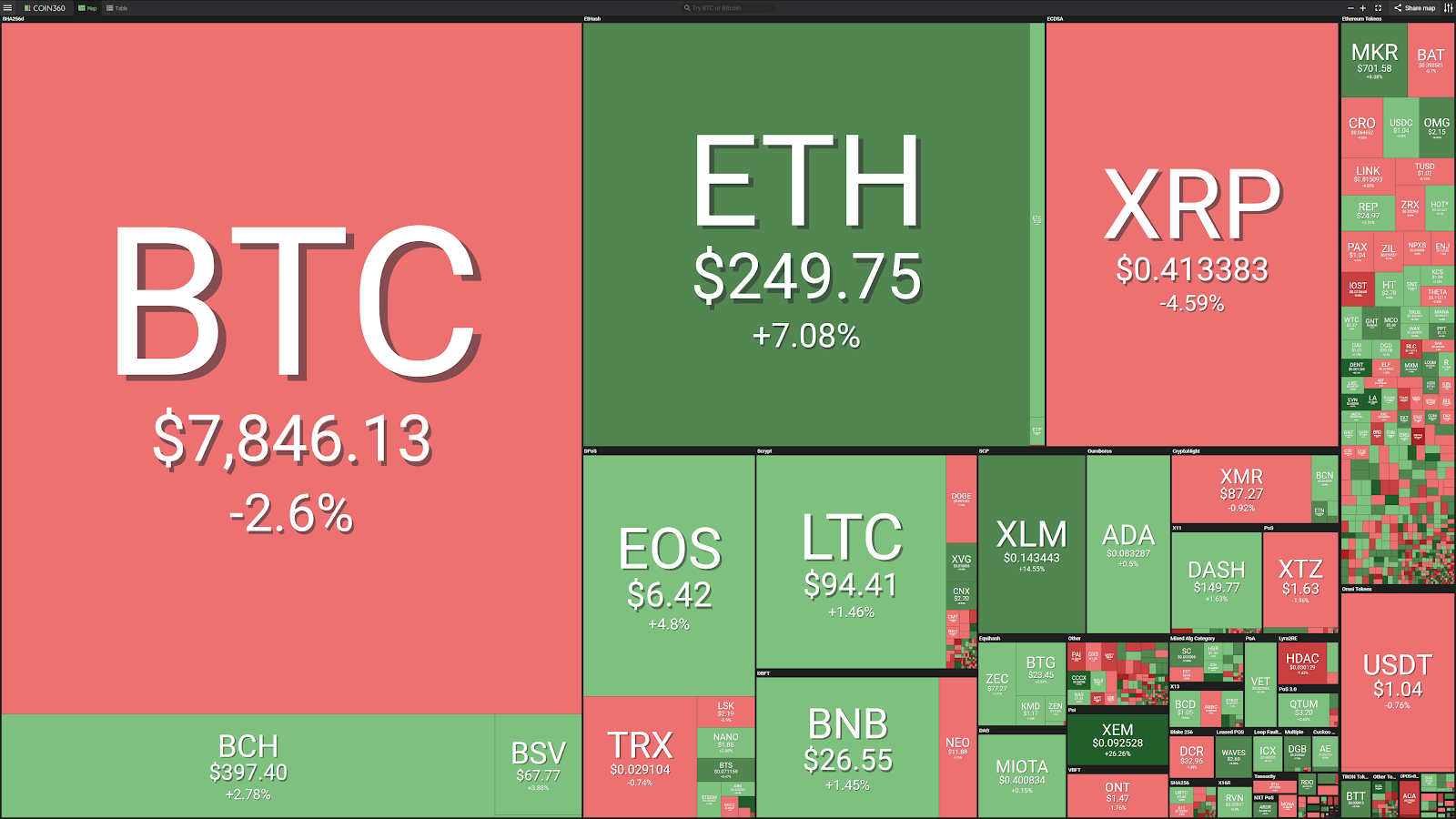 Bitcoin is over 1.5% down on the day, trading at $7,899 at press time, according to CoinMarketCap. Looking at its weekly chart, the coin is up nearly 23%.

As Cointelegraph reported yesterday, new data suggests that bitcoin's growth is explained by its maturation as an asset based on conversations surrounding the leading cryptocurrency.

Ether (ETH) is holding onto its position as the largest altcoin by market cap, which currently stands at $26.6 billion. The second-largest altcoin, XRP, has a market cap of $17.4 billion at press time.

CoinMarketCap data shows that ETH is up over 8% over the last 24 hours. At press time, ETH is trading around $251. On the week, the coin has also seen its value increase by over 32%.

Ripples’ director of regulatory relations, Ryan Zagone, stated earlier this week that technology needs to be a national issue for the United States, with digital currencies and blockchain to be recognized within that goal.

At press time, the total market capitalization of all cryptocurrencies is $246.3 billion, over 23.5% higher than the value it reported a week ago.

In traditional markets, the United States stock market is seeing discrete gains so far today, with the S&P 500 up 0.58% and the Nasdaq up 1.13% at press time. The CBOE Volatility Index (VIX), on the other hand, has lost a solid 3.16% on the day at press time.

Major oil futures and indexes are seeing mixed movements today, with WTI Crude up 1.19%, Brent Crude up 0.93% and Mars US up 0.35% at press time. The OPEC Basket is down 0.77% and the Canadian Crude Index has no value change by press time, according to OilPrices.