The latest update of Bitcoin’s S2FX price model shows July is beginning exactly as required for a long-term bullish trajectory to continue.

43965 Total views
184 Total shares
Listen to article
0:00
Markets News
Own this piece of crypto history
Collect this article as NFT

Bitcoin (BTC) may be struggling to hit $10,000, but its progress is right on track, new stock-to-flow data confirms.

Adding a new update to his model on July 1, stock-to-flow model creator PlanB showed that Bitcoin is behaving exactly as its bullish history demands.

The BTC S2F Cross Asset Model, or S2FX, uses color-coded dots to analyze Bitcoin price action relative to the date of its next block reward halving.

Dots immediately after halving, like at present, are in red and historically precede a jump in Bitcoin's price, which PlanB often refers to as being higher by “an order of magnitude.”

Reflected in the model, the next order of magnitude shift is imminent — it should start before the end of 2020. Between then and the next halving in 2024, the model focuses on a price of $288,000 for BTC/USD, with the potential for much higher peaks.

PlanB maintains that those critics have yet to produce a viable alternative to his model, which has traditionally tracked price behavior extremely accurately. 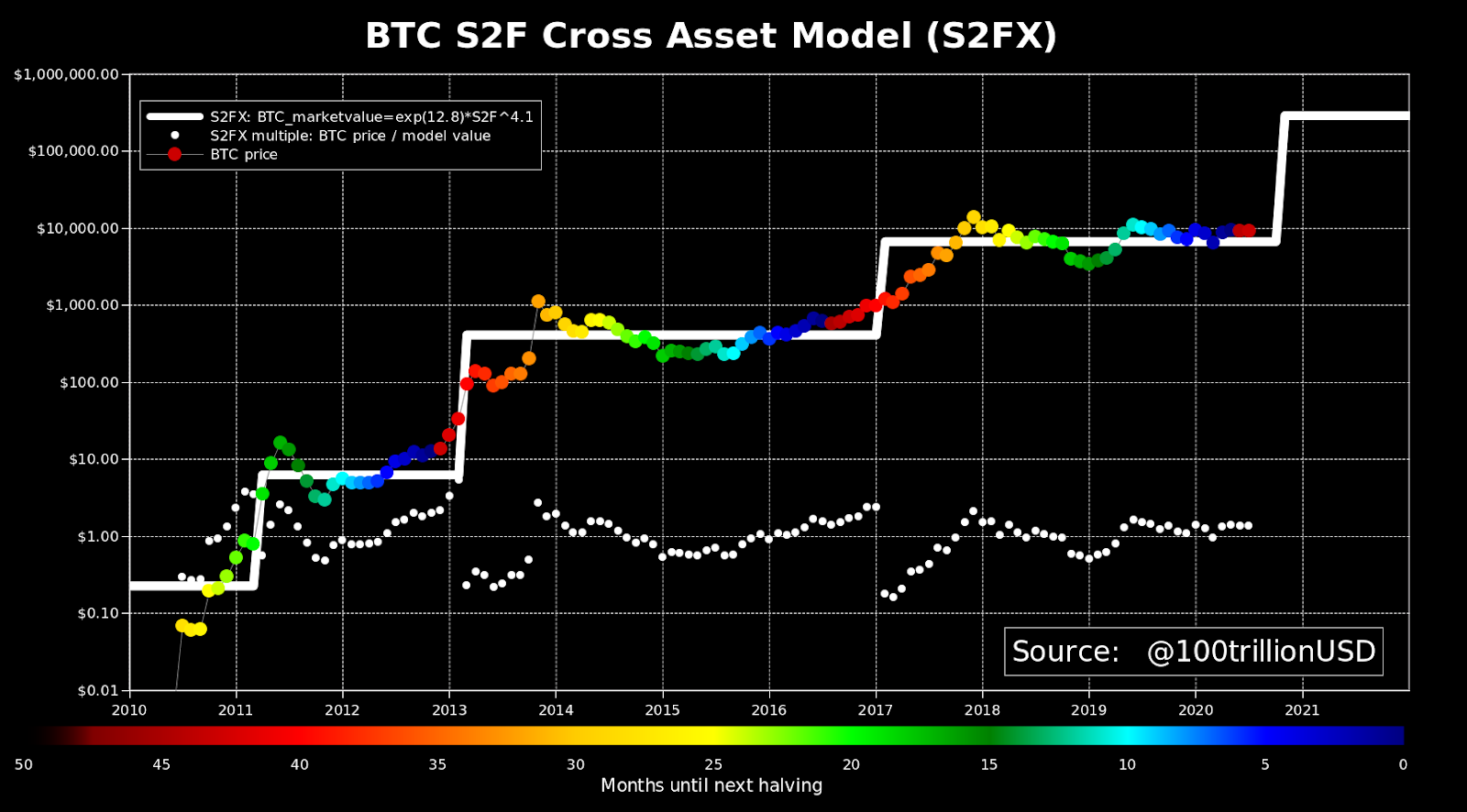 Analyzing monthly returns during the last halving period from 2016 to 2020, PlanB highlighted the “very asymmetrical” nature of Bitcoin price performance.

Nonetheless, Bitcoin’s considerable correlation to the S&P 500 forms a focus for macro factors dictating likely resistance to even $10,000.

Against a backdrop of pressure on stock markets, analysts broadly expect that BTC/USD will continue to act in line with macro swings — no matter how intense these become.