The number of Bitcoin whales with the ability to affect the BTC price is approaching 2017 levels when the token was ascending to $20K.

The number of investors holding an immense amount of Bitcoin (BTC) is starting to approach levels the crypto community hasn’t seen since the cryptocurrency’s rally to $20,000.

According to Glassnode’s "The Week On-Chain" report for June 15, there has been steady growth in the number of Bitcoin whales — traders holding 1000 BTC or more — since January. 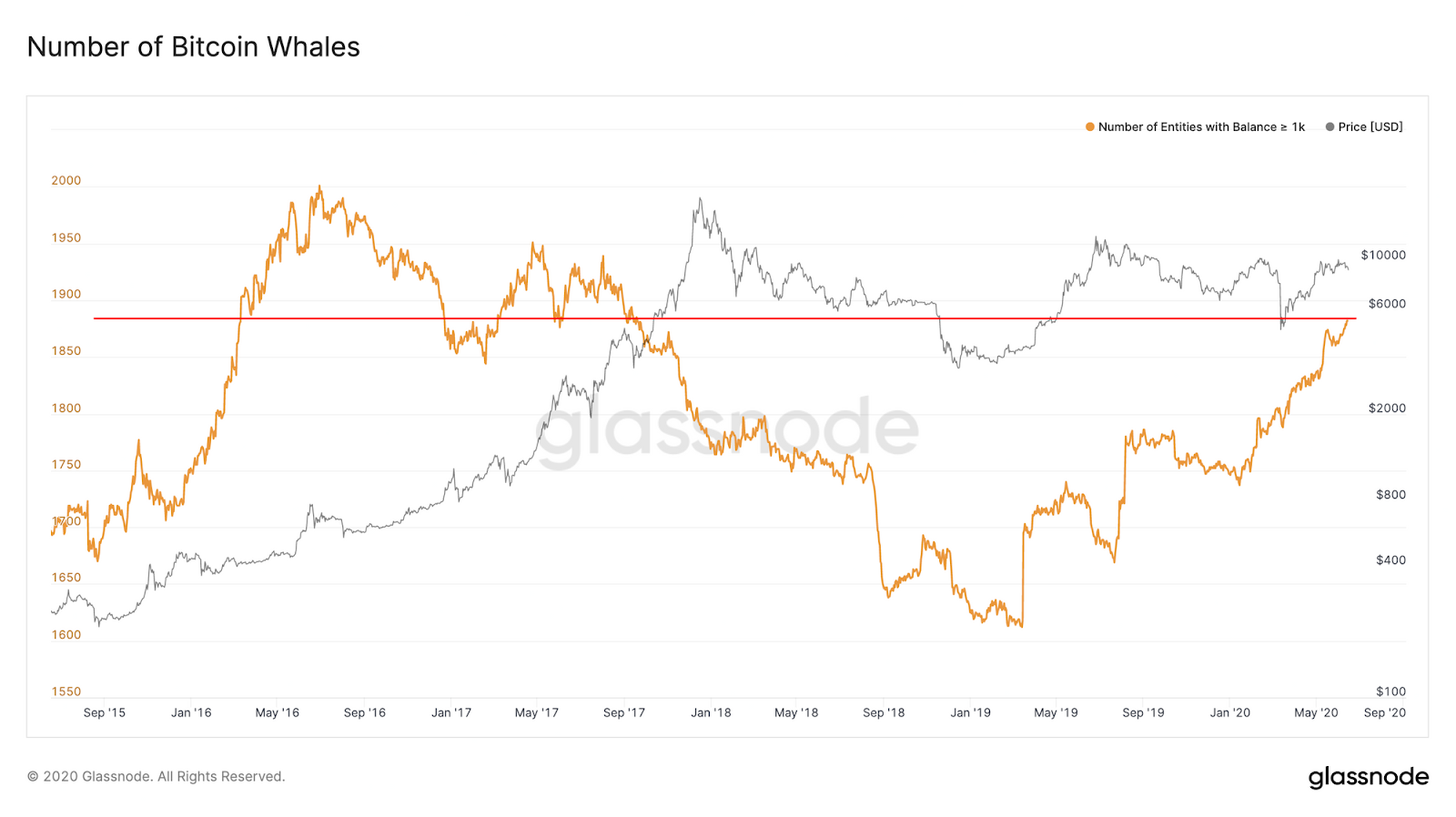 The crypto analytics site said there are currently 1,882 of these whales, numbers rivaling those in September 2017 when BTC was starting its ascent to $20,000. However, the same number of whales held large amounts of Bitcoin in March 2016, when the price was under $420.

“The price of BTC is now more than 20x higher than it was when we first saw this many whales, implying that more wealth is being held by whales. However, the average balance held by each whale has decreased during this period, such that whales actually hold less BTC now than in 2016, and less wealth (in USD terms) than in 2017.”

Cointelegraph reported in April that many Bitcoin whales are HODLers, not moving or cashing out their digital assets for up to five years even when facing a significant market correction. During the crypto bloodbath on March 12 when the price of BTC dropped to as low as $3,600, many whales did not move their funds.

However, whales still have the ability to significantly impact the price of BTC. On June 15, the price of the cryptocurrency dipped below $9,000 for the first time in weeks as BTC whales liquidated $30 million in longs on crypto exchange BitMEX and sold their reserves at other exchanges.