Bitcoin price’s current surge, which has so far topped out at $11,380, is destined to continue beyond its all-time highs, the Wall Street veteran predicts.

Bitcoin (BTC) will not stop rising until it hits $28,000, Max Keiser believes as the largest cryptocurrency gains over 20% in a week.

In a series of tweets on July 27, the famously outspoken host of the Keiser Report forecast that BTC/USD was headed for six figures after a correction period near $30,000.

Peter Schiff is “puking his brains out”

Keiser made the prediction as Bitcoin passed $11,200 during a day of surprises. As Cointelegraph reported, $10,000 managed to hold for longer than a matter of hours, and data indicated that this latest trip to five figures was sturdier than others in 2020.

Well known for his optimism and heavy preference for BTC over other cryptocurrencies, Keiser further took a swipe at gold bug Peter Schiff. Schiff, who has been celebrating gold hitting all-time highs against the U.S. dollar, had previously dismissed Bitcoin’s rise.

“It’s put up or shut up for Bitcoin — it’s got to hold $10,000 now,” he said during a debate with Morgan Creek Digital co-founder, Anthony Pompliano, on his YouTube channel on Sunday.

Keiser had little time for this and Schiff’s other arguments, claiming that in fact, the Bitcoin skeptic was secretly regretting his choice of gold.

“Somewhere, @PeterSchiff is puking his brains out right now,” the same tweet reads. 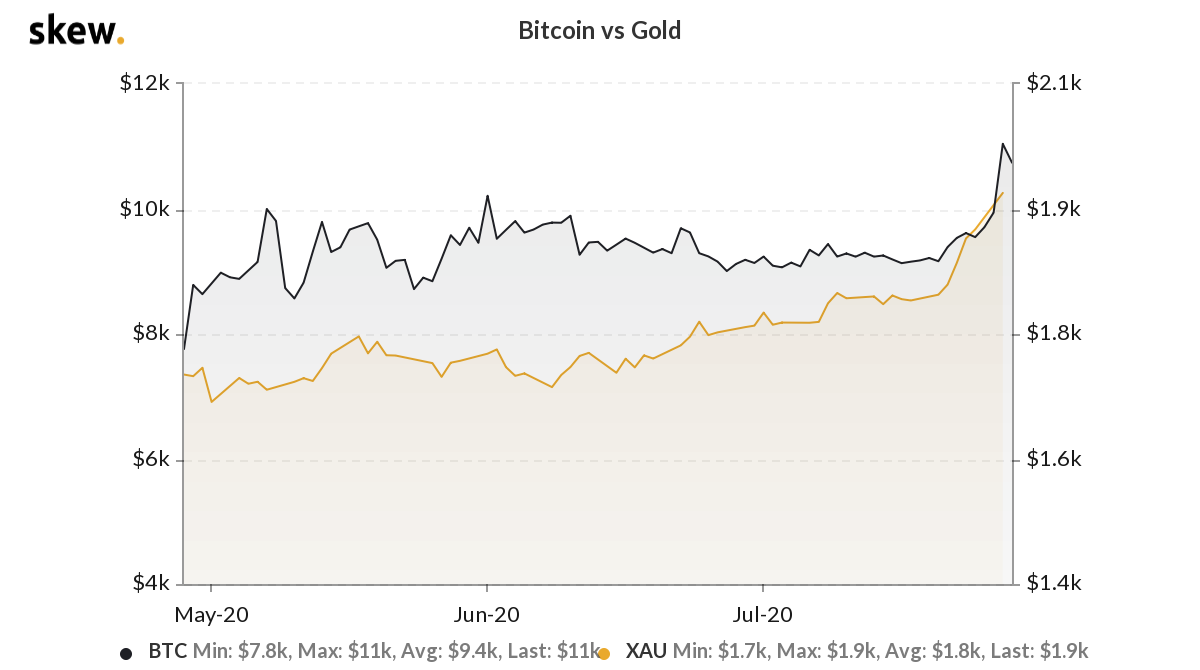 As Cointelegraph noted on Monday, gold is part of a safe haven boom which is seeing impressive performance across assets as the U.S. dollar weakens.

Another giant stimulus injection from the Federal Reserve, inflating the money supply, has combined with geopolitical tensions and the ongoing coronavirus outbreak to produce unease among investors.

For Cointelegraph Markets analyst filbfilb, however, even flipping slightly lower levels as support would be a turning point for Bitcoin, with $10,500 formerly marking severe resistance.

“Breakout! $10,500 the level that needs to become support... then... then things get real interesting,” he wrote on his Telegram trading channel.