In a blog post on March 23, BitMEX addressed what it says were “a number of questions” from traders since the event occurred eleven days ago.

At the time, BitMEX appeared to suffer from what various sources have called a cascading margin call, forcing out traders and sustaining the price of Bitcoin plummeting in the process. The exchange then went offline for around half an hour, after which the price recovered.

After fending off claims of foul play, BitMEX still faced queries over why its giant insurance fund — a bank of over 35,000 BTC ($205.6 million) — was not used to help.

Explaining its role, the blog post states that the fund’s primary purpose has always remained the same: to prevent auto-deleveraging (ADL) of successful traders’ positions to prevent the bankruptcy of positions that get liquidated.

“It is important for the Fund to be large enough to absorb intraday shocks, to avoid ADL on the platform,” it summarizes.

Not everyone was convinced. Responding to the post, Twitter-based trader lowstrife argued that questions remained about BitMEX’s modus operandi.

“The main question I raise here is why the insurance fund, when the worst-case scenario almost happened, was barely used,” he commented.

“Which raises questions of why it's so large, and it's overall efficacy. Here we arrive at the limits of my knowledge and opinion.” 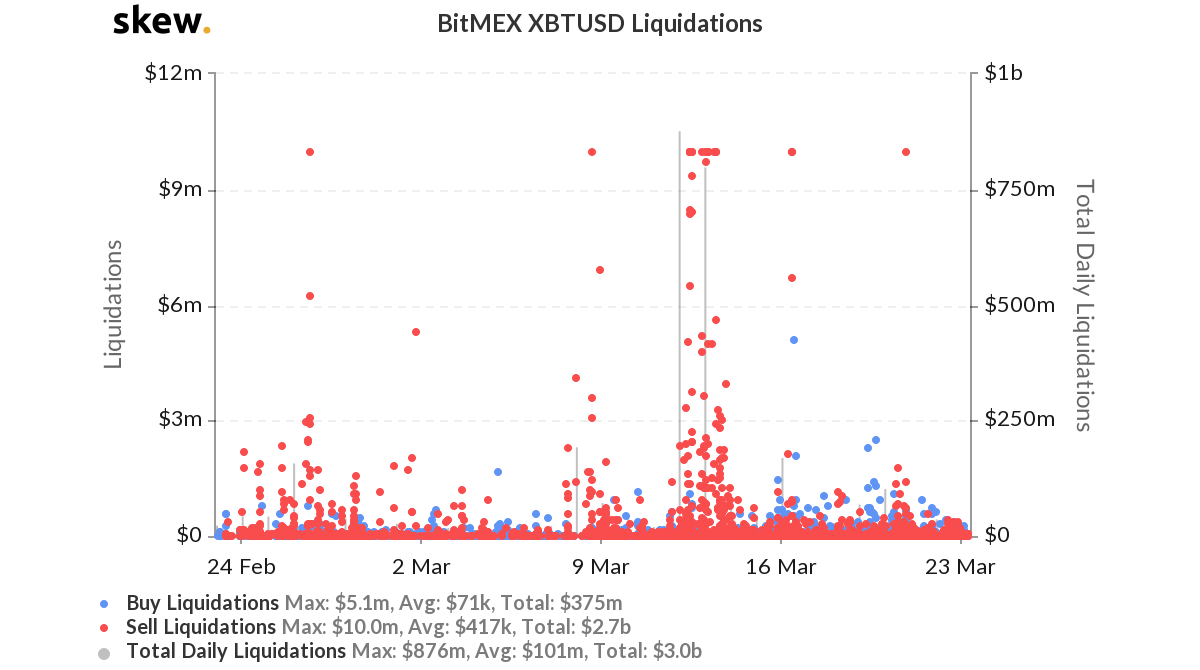 According to data from Skew, March 12 saw the highest number of liquidations in BitMEX history at $876 million. The day after saw the second-highest at $798 million.