BlackRock CEO: Crypto ETF Will Come When Industry Is ‘Legitimate’

BlackRock CEO Larry Fink said that the company will not offer a crypto ETF until the crypto industry becomes “legitimate.” 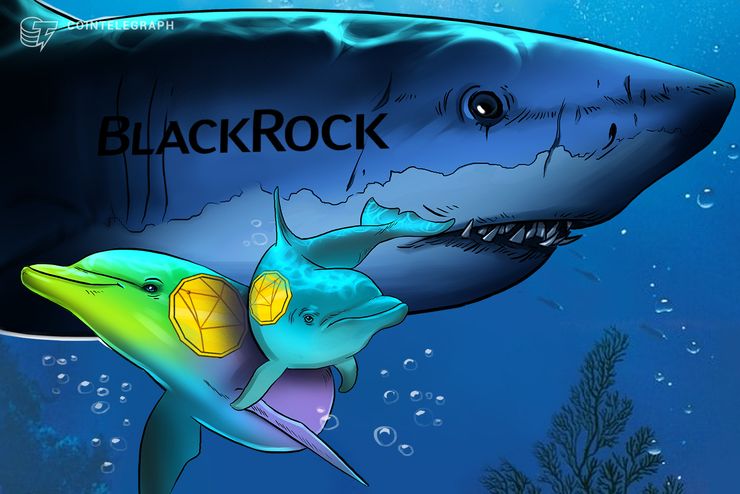 The CEO of investment management corporation BlackRock, Larry Fink, does not see the company offering a cryptocurrency Exchange-Traded Fund (ETF) until the industry is “legitimate,” CNBC reported Nov. 1.

BlackRock is a financial planning and investment management firm that currently has $6.28 trillion in assets under management, including equity, real estate, fixed income, and cash management.

Speaking at the New York Times Dealbook Conference in Manhattan on Nov. 1, Fink questioned the reasonability of launching a crypto ETF, at least until the industry becomes “legitimate.” “I wouldn’t say never, when it’s legitimate, yes,” Fink stated.

Fink reportedly said that ETFs “ultimately” have to be backed by a government, suggesting that one barrier is the independence and anonymity that cryptocurrencies confer.  He pointed to concerns over Bitcoin (BTC)’s potential use for illicit activities, as well as for “tax evasion and all of these other issues":

Although Fink expressed some skepticism towards cryptocurrencies, he pointed out that the company is “a huge believer in blockchain.”

“The biggest use for blockchain will be in mortgages, mortgage applications, mortgage ownership, anything that’s labored with paper.”

Fink’s comments come ahead of the Nov. 5 deadline that the U.S. Securities and Exchange Commission (SEC) set for reviewing proposed rule changes related to a series of applications to list and trade various BTC ETFs. The review period affects nine separate ETFs that had been proposed by three different applicants, including ProShares, in conjunction with the New York Stock Exchange (NYSE) ETF exchange NYSE Arca, and Direxion.

Last month, crypto analyst and host of CNBC’s show Cryptotrader Ran Neuner claimed  that a Bitcoin ETF is a “way bigger deal” than a cash settlement Bitcoin futures contract, since it “requires actual purchase of BTC.”