Blockchain can reach the erstwhile unreachable population and thus enable the highest level of disruption within the financial ecosystem. 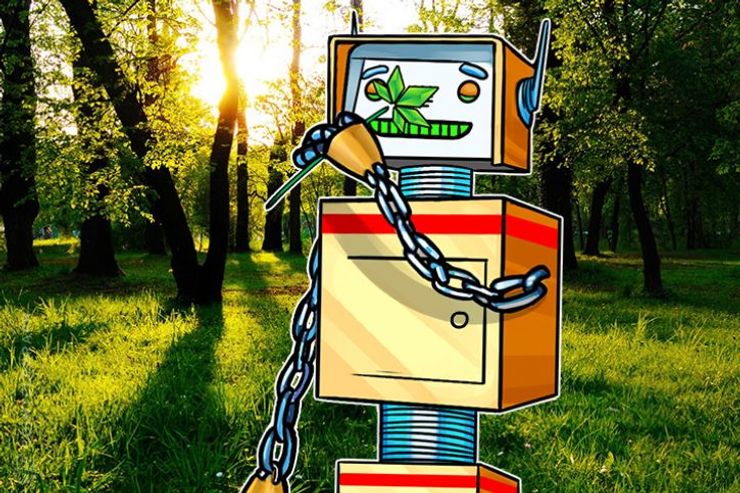 Using the Blockchain to reach the erstwhile unreachable population is one of the properties that has enabled the highest level of disruption within the ecosystem.

Organisations like Humaniq are using the Blockchain to deliver financial inclusion to over 2.5 bln unbanked people across the globe. Meanwhile, ChainTrade is creating a decentralized commodities exchange that will enable the currently excluded traders to participate in the food and raw materials market.

According to Vincent Jacques, CEO of ChainTrade, decentralization introduces much needed competition that’s long overdue into the markets. He describes Blockchain technology as a tool that will revolutionize the world of commodity derivatives.

“Worldwide trade of food and raw materials represents more than $2 tln annually. However, commodity derivatives are currently traded on a few centralized exchanges that are making huge profits. We want to move this trade to the Blockchain, building a decentralized platform accessible to anyone without intermediaries. It’s time to bring competition to this business, decentralize the exchanges, open them to anyone who wants to be part of it, and dramatically lower access costs. Blockchain technology will allow us to do just that: revolutionize the world of commodity derivatives.”

A tool for liberation

President and Host at Blockchain TV, Jason Cassidy identifies the ability to financially liberate the well over two bln people across the globe who are unbanked or underbanked, as one of the crowning achievements of Blockchain technology.

Cassidy notes that the banking sector has shut these people out for various reasons and has no intent on ever letting them into their system.

According to him, Blockchain technology removes power from central authorities and puts it back into the hands of the people. In this light, both political and commercially focused entities are going to find it challenging to legislate a technology that bypasses borders by its very nature.

He continues by noting that from a purely political perspective, the ability to give democracy a greater level of transparency is going to put pressure on politicians to be more upfront with their populace.

“Politics is inherently linked to lack of transparency and at times dishonesty, so having a technology that greatly improves transparency will empower the average voter and taxpayer. Over time, elections and how collected tax dollars are being spent will be more visible, and this should usher in a greater deal of accountability. All these coming changes should increase the level of transparency that is afforded to a nation's populace.”

The activities of ChainTrade and similar organizations are perceived in many quarters as a bold move to disrupt existing systems that have so far unfairly withheld available resources from the general population for selfish reasons.

Most of these organizations are the big banks and institutional investors who control the markets from central points. These actors determine the rules and charge exaggerated fees that encourage the exclusion of smaller investors, thereby eliminating possible competition and raking in all profits.

In an earlier article on Cointelegraph, the efforts of Blockchain lending platforms like WishFinance were identified as a disruption that is breaking the stronghold of banks in the loans industry.

These banks are known to charge high interest rates and demand for collaterals. These conditions are often too high for SMEs to keep up with. But with the implementation of Blockchain technology in the loans ecosystem, WishFinance and other similar organizations are able to unbundle the system and make loans more available.

Chairman of Auxesis Group, Kumar Gaurav explains that decentralized lending will enable a greater diversification and higher yields for lenders in their portfolio. Gaurav notes that opening global lending markets means SMEs can get access to more funding, and the variety o