Calm Before the Halving: Bitcoin Pending Transactions at Weekly Low

Activity on the Bitcoin blockchain is slowing down as miners process almost all pending transactions in the mempool.

As Bitcoin (BTC) halving is set to occur in less than eight hours, the blockchain is currently registering a slowdown in activity.

A mempool visualization website shows that the number of pending transactions currently sits at around 4,000 — about two blocks worth of transfers.

While the blockchain is never fully cleared due to a continuous stream of new transactions, the demand appears to be low enough that the network is able to dispatch all incoming requests.

This is not entirely unusual, as demand varies heavily between different times of day. The last time that the mempool was “empty” was on May 6, according to the data. 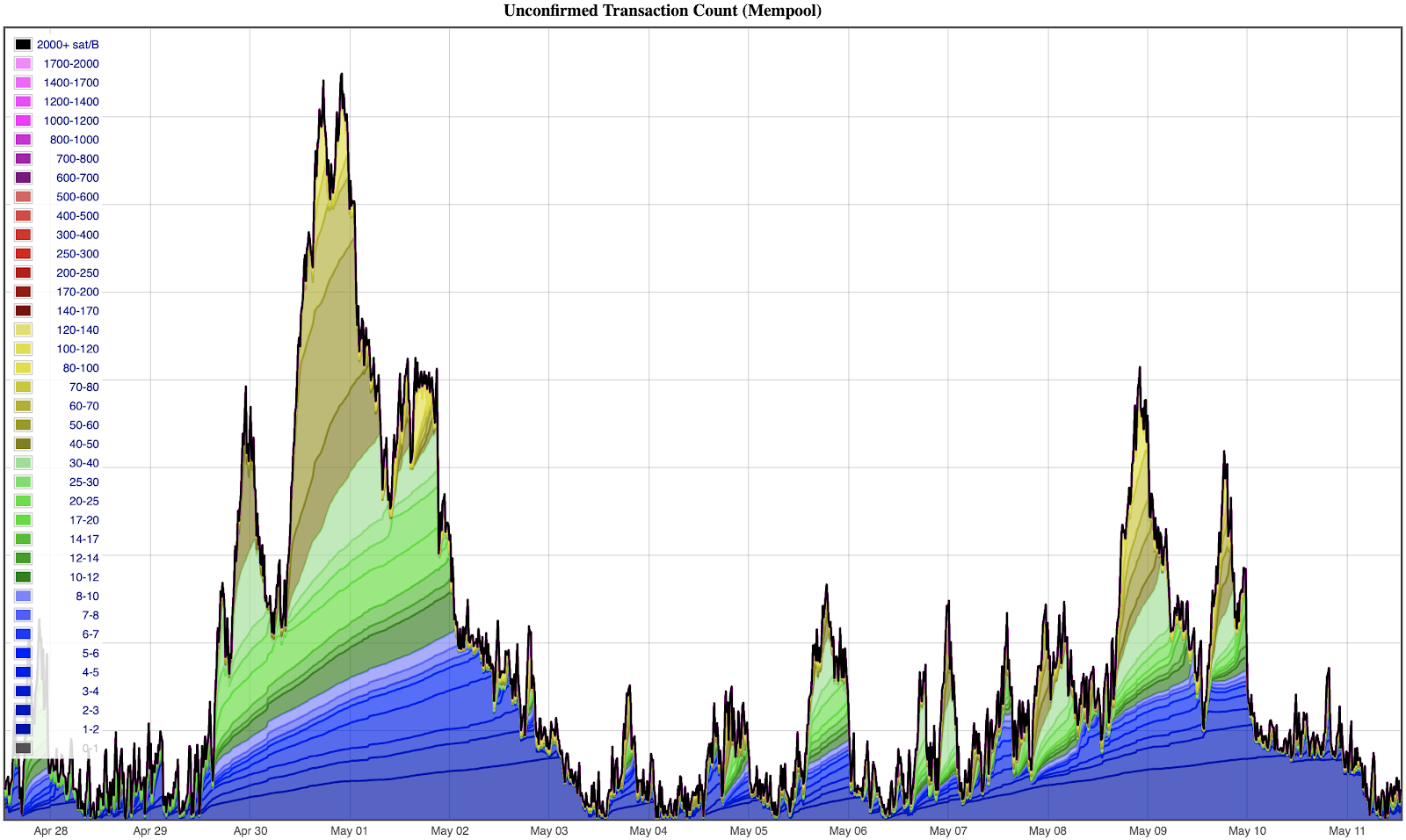 Nevertheless, as Cointelegraph reported earlier today, the network saw a dramatic upsurge in activity in the days prior to the halving.

Calm before the storm

Network activity is often dictated by major price movements, where traders rush to send their BTC to exchanges. While a price “halving dump” occurred on May 10, the price has stabilized as of press time, partially explaining the lull in activity.

As Cointelegraph reported, the price of Bitcoin may continue its fall after the halving event passes. Traders seem to be currently undecided on which direction BTC’s price will pick, especially as uncertainty mounts in traditional financial markets.

Bitcoin’s correlation with the stock market reached a value of 0.35 in the past few months, making it a statistically significant figure.

The halving will occur in the middle of the U.S. trading day, potentially combining its effects with influence from traditional markets. The immediate consequence of the halving on the price is difficult to predict, as the decrease in newly minted BTC is contrasted with the well known effect of “selling the news.”

A stock market rally may reflect positively on Bitcoin’s price, though European markets are currently trading in a slight red.