Calm Before The Storm? 5 Bitcoin Price Factors to Watch This Week

Stock markets settling provides the background to a calmer status quo for Bitcoin, but upcoming events could soon change the mood.

Bitcoin (BTC) begins a new week trading in a familiar corridor below $10,000 — will it stay there or is volatility actually incoming?

The start of this week marks a clear contrast from last Monday. Concerns over coronavirus have faded and with it stock market volatility.

With that, Bitcoin managed to avoid sudden moves over the weekend and continued ranging within a limited corridor between $9,200 and $9,500.

$9,500 has formed a focal point for BTC/USD for multiple weeks, and resistance above has proven difficult to beat.

Cointelegraph noted in our previous Newsletter that despite signs of Bitcoin “decoupling” from macro markets since March, broad correlations remain in place. Research has further found that, historically, BTC/USD has been very highly correlated with the S&P 500. 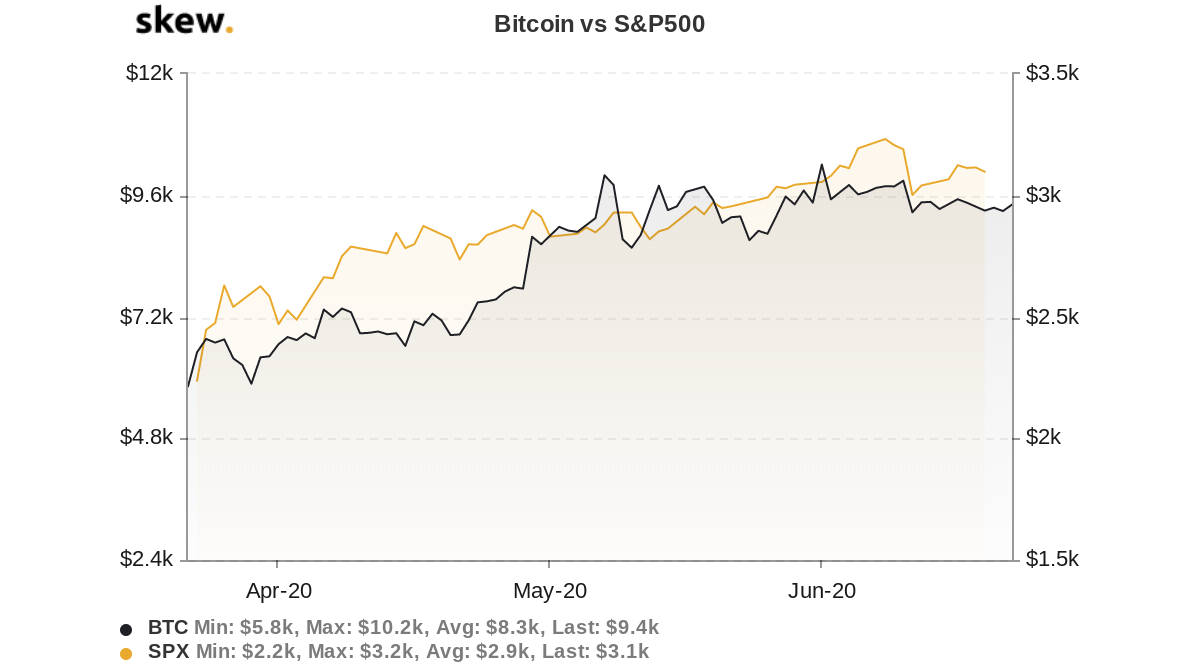 Another contrast comes in the form of Bitcoin’s network fundamentals.

Last week, miners were gearing up for the biggest upward difficulty adjustment in two-and-a-half years. This time, conditions are much calmer, with the next adjustment in nine days’ time currently set at a modest 5.6%. 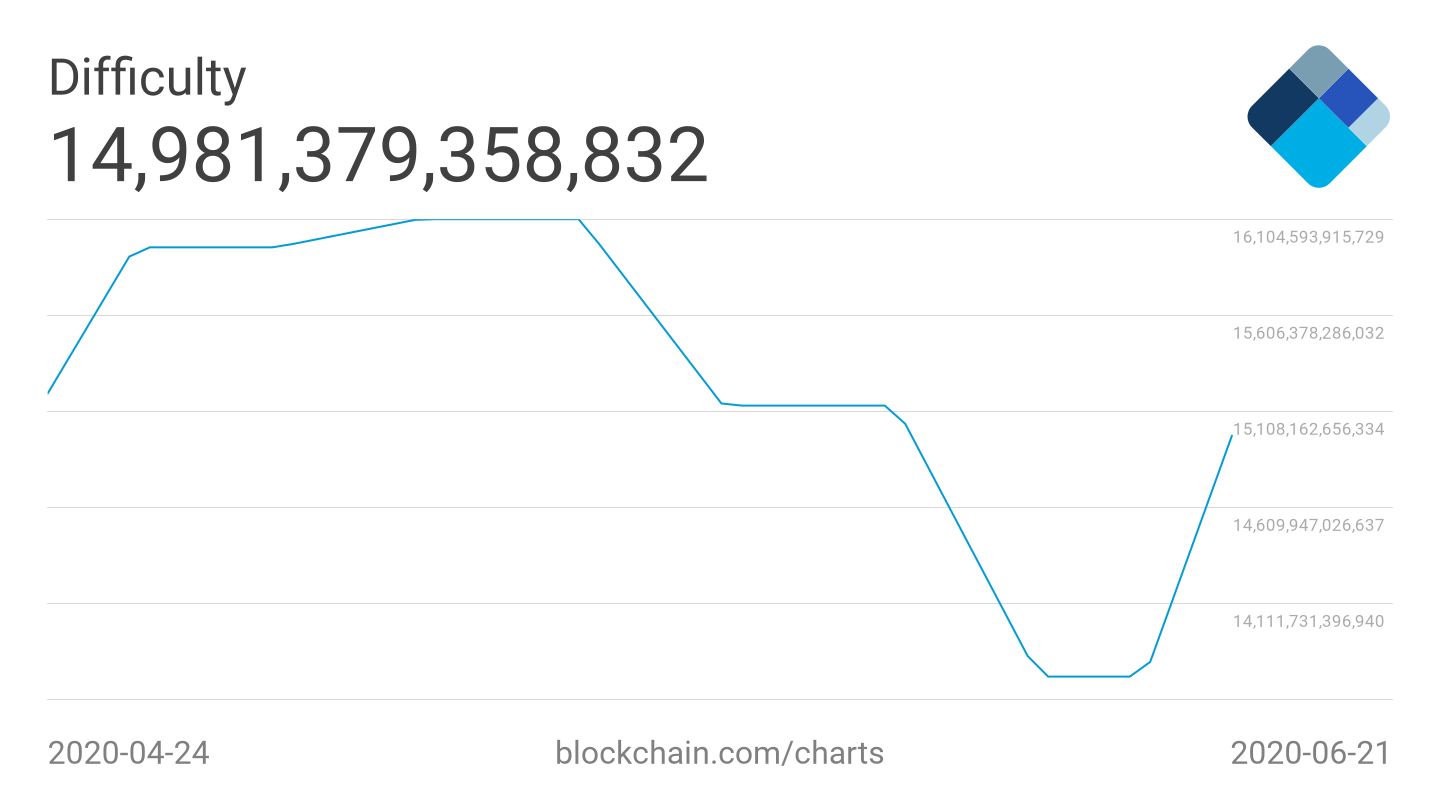 Likewise, Bitcoin’s mining hash rate has leveled off in recent days, sticking to an average 105 EH/s after seeing 111 EH/s after the adjustment.

The relaxing comes after data showed that since May’s block subsidy halving, more hashing power has joined the Bitcoin network than at any time since the start of the bull run in 2017.

This Friday is crunch time once more for Bitcoin derivatives. As Cointelegraph reported, June 26 will see almost $1 billion of options expire.

Such events have tended to sway Bitcoin price sentiment immediately beforehand. This time, the prevailing mood appears bullish, with the majority of options being “call” options focused on the $10,000 mark.

Meanwhile, volume on Bitcoin futures markets has shown little signs of an uptrend in recent days, while open interest has likewise stagnated.

Futures avoided a “gap” over the weekend due to the lack of Bitcoin price volatility — if markets open in a different place to that in which they closed the previous Friday, BTC/USD tends to rise or fall to “fill” the vacuum. 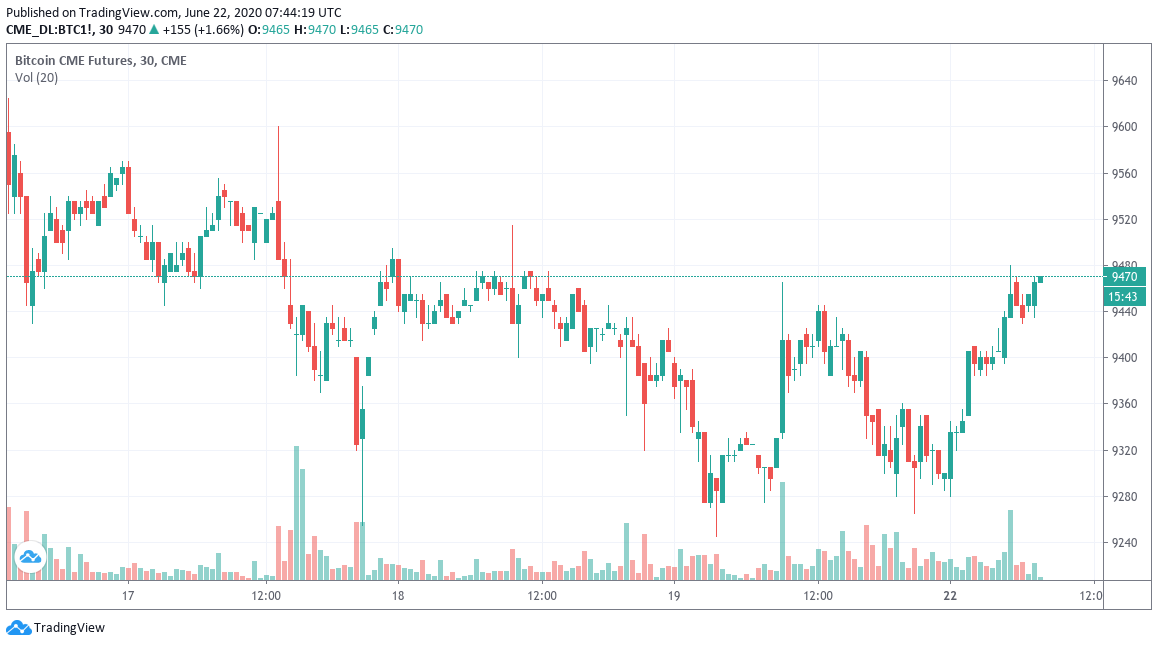 The amount of Bitcoin on exchanges has returned to its downtrend after spiking following the halving.

According to data from on-chain monitoring resource CryptoQuant, exchange reserves are now back at almost two-year lows.

Traders moving funds off exchanges suggests a desire to hold for the short term, rather than have coins ready to sell in the event of volatility.

Neither fear nor interest?

On the topic of traders, it would seem that even their sentiment is showing signs of a slow U-turn — from bearish to neutral or better.

According to the latest readings from the Crypto Fear & Greed Index, traders’ mood is showing signs of rebounding after flashing “fear” for the past week.

A chart from 0 to 100, the Index takes into account multiple factors in order to gauge whether traders are too bullish or bearish.

Monday’s reading of 38/100 is one point higher than the weekend. Since the halving, the most bullish score for the Index has been 56, while 37 marked the low.

At the same time, Google Trends data shows that overall interest in Bitcoin is now at its lowest since the March crash. The phenomenon was already visible late last month as the halving faded from the spotlight.