Stocks, Exchanges and COVID-19: 5 Things to Watch in Bitcoin This Week

Worries over a second wave of coronavirus are driving stocks down, with Bitcoin circling three-week price lows.

Bitcoin (BTC) is feeling the pressure as a new week’s trading begins — but what will drive market sentiment in the coming days?

Cointelegraph’s newsletter gives you five factors influencing the Bitcoin price for the week ahead.

Stock market futures are taking a battering prior to the opening bell. The likely culprit is coronavirus once again — a new cluster of infections in China has raised fears of a second wave already beginning.

Bitcoin has managed to reduce the extent to which its price is impacted by macro shifts, but as Cointelegraph noted earlier on Monday, some exposure remains.

Further losses will likely extend selling pressure on an already fragile BTC/USD. Last week, one analyst sounded the alarm over a stock market “crash” event occurring within the next three weeks. 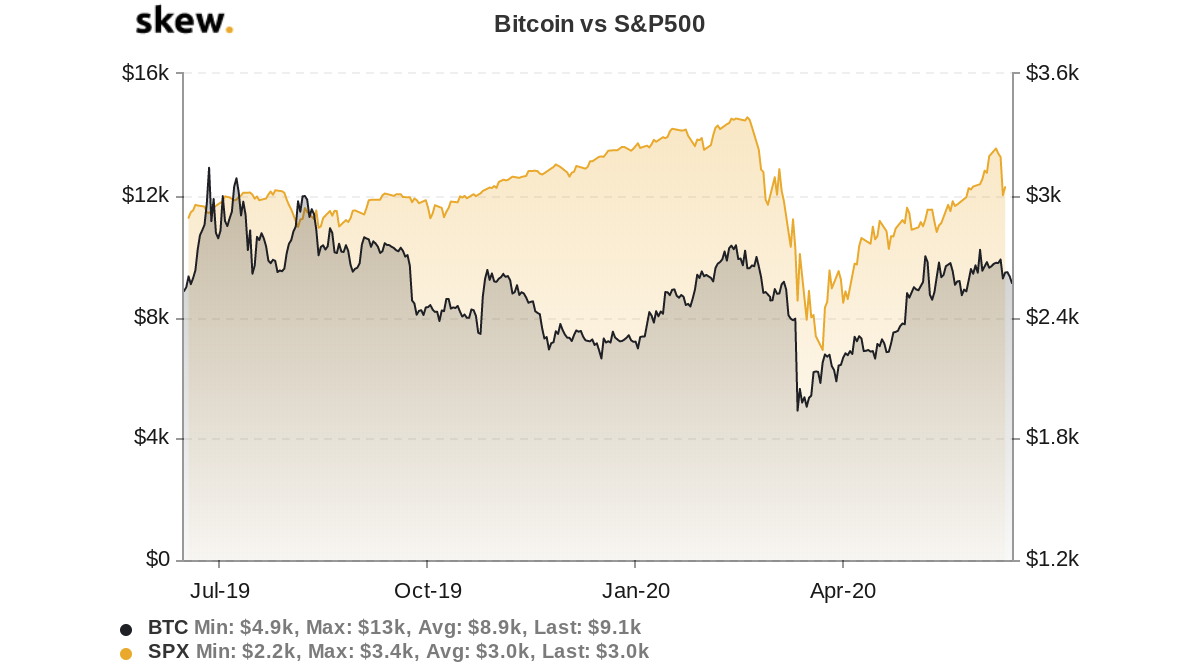 One knock-on effect from Bitcoin dipping below $9,000 for the first time in two weeks concerns exchanges.

According to data from on-chain analytics resource CryptoQuant, inflows into major exchanges surged on Monday.

“Exchange inflows have increased steadily over the past few hours and $BTC drops -5%. Keep watching,” the company advised on Twitter uploading a chart tracking the phenomenon.

Traders moving coins to exchanges could signal a desire to either sell or be ready to sell coins in the event of further losses. Previously, exchange reserves hit their lowest levels since the end of Bitcoin’s bear market in December 2018.

Difficulty on track for 15% rise

According to press-time data from BTC.com, difficulty is set to increase by a considerable 15% at the next adjustment in a day’s time.

The abrupt U-turn would all but cancel out the impact of the previous two adjustments, both of which were negative.

Just a week ago, the third adjustment was forecast to be closer to zero or even negative once again, triggering a rare, three back-to-back negative event, the last of which also occurred in December 2018.

Difficulty is an expression of how much effort is required to solve the equations needed to verify Bitcoin transactions. The tool is key in ensuring that Bitcoin effectively “takes care of itself” and does not become unstable or less “hard” as money due to shifts in miner participation. 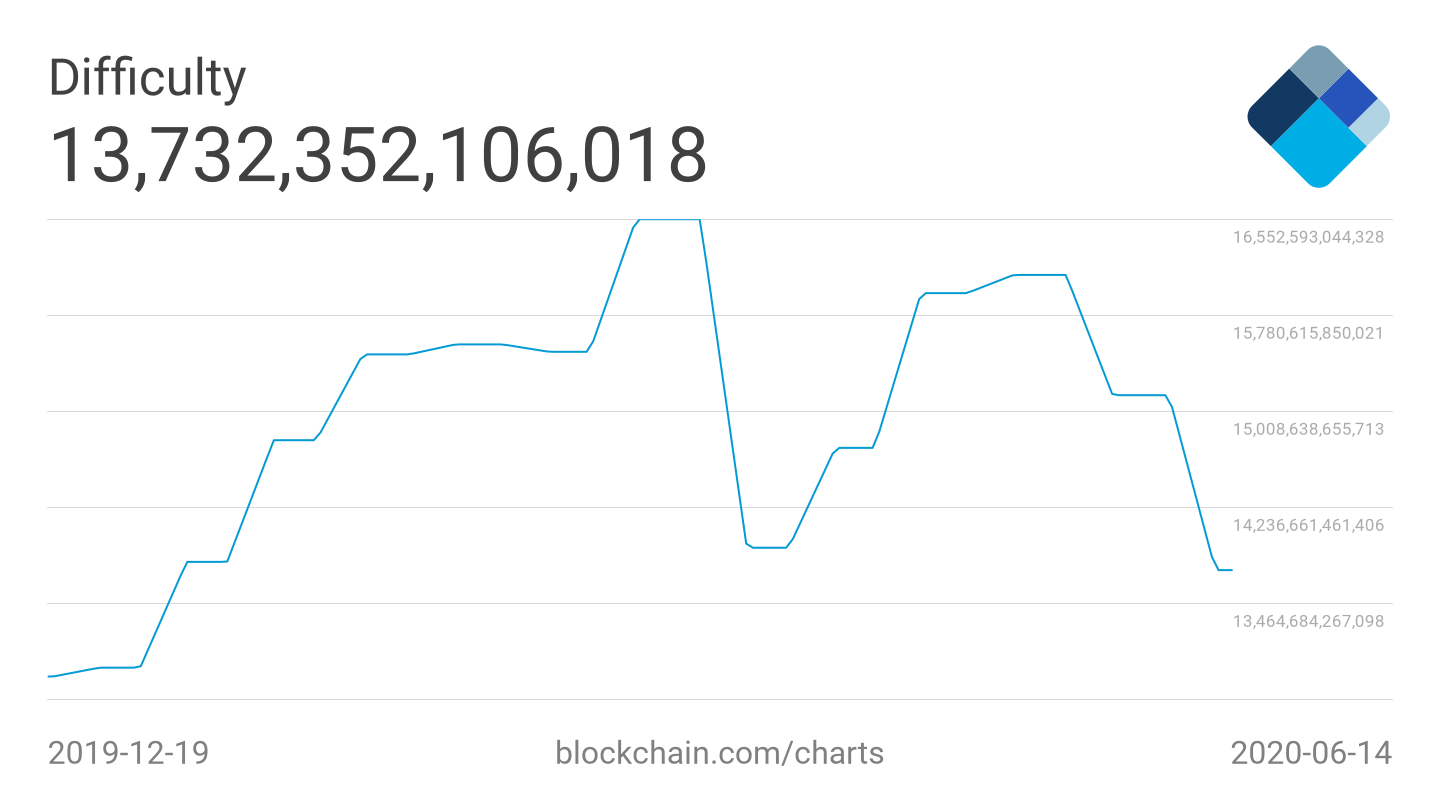 Just as last week, BTC/USD avoided major volatility over the weekend — this means that a major “gap” in futures markets has not had the chance to appear.

So-called “gaps” appear when Bitcoin futures finish trading on Friday at a different price to which they resume the following Monday.

Bitcoin has a tendency to fill these gaps quickly once they open — no matter whether they are $100 or closer to $1,000.

This time, however, there is little room for maneuver, removing the opportunity of a trip to a certain price point in the short term. On Friday, CME Group futures settled at $9,465, opening on Monday at $9,370. 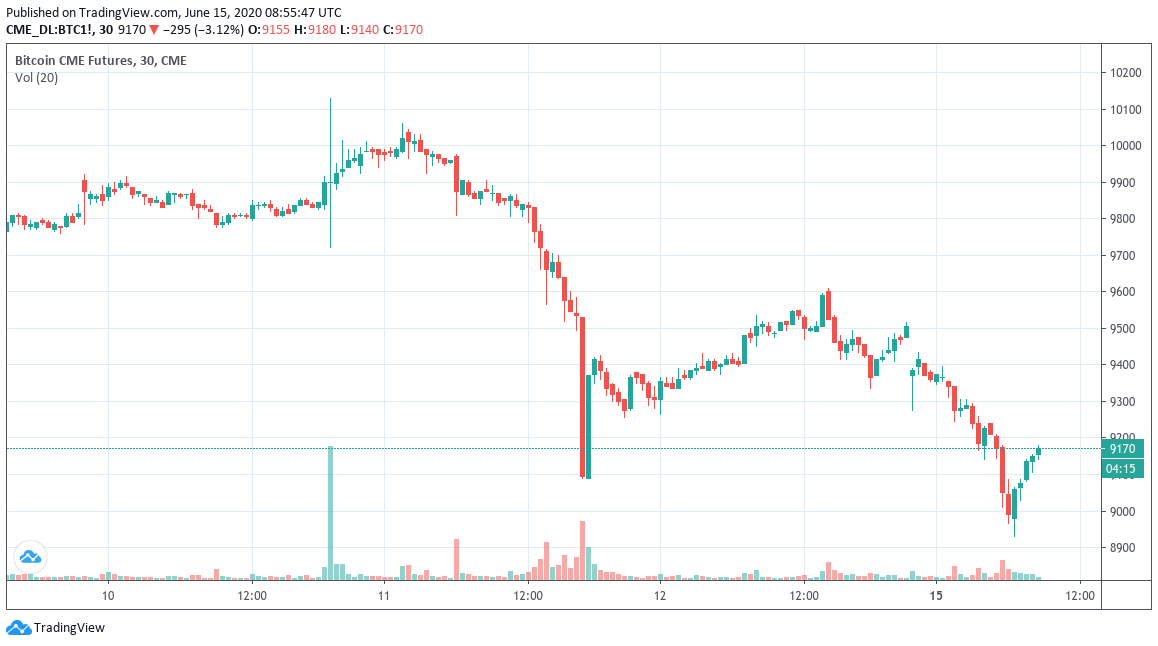 Despite trader sentiment running into “fear” mode according to the popular Crypto Fear & Greed Index, zooming out produces little concern for analysts.

Even after it dropped by almost $1,000, BTC/USD is still exactly on track according to the stock-to-flow price model.

Sharing his latest update on social media on June 11, creator PlanB showed that Bitcoin’s behavior after last month’s halving was in line with that of previous halvings. 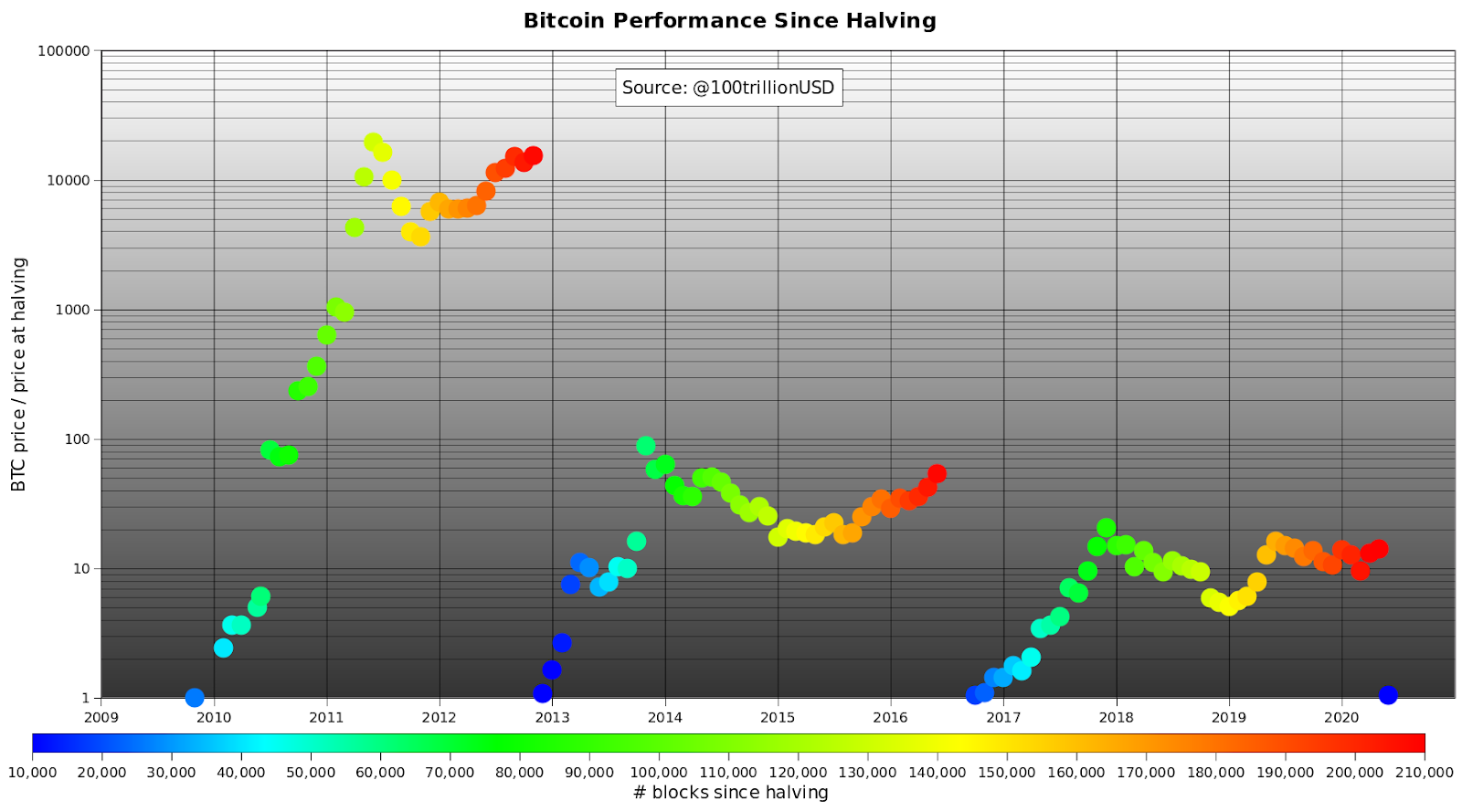 If historical trends continue to repeat, the upside should ensue, with Bitcoin on track to reach a price an order of magnitude higher over its next halving cycle — the next four years.