Cardano Co-Founder: Wall Street Will Bring ‘Tens of Trillions of Dollars’ to Crypto

Cardano co-founder tweets that Wall Street could infuse “tens of trillions dollars” into the crypto space.

Cardano co-founder Charles Hoskinson: Wall Street’s interest in crypto once regulation is sorted will bring in “tens of trillions of dollars” 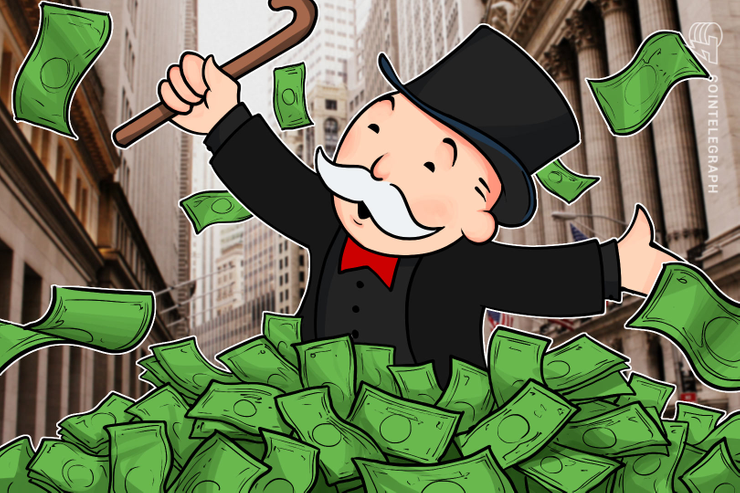 Charles Hoskinson, co-founder of altcoin Cardano (ADA), tweeted June 20 that the entry of Wall Street into the crypto sector will bring in “tens of trillions of dollars:”

What's often missed by the cryptocurrency is going to die broken record media is that after the next wave of regulation, wall street is showing up to the party with all their locked up capital. That's tens of trillions of dollars entering the space eventually. Future is bright

Cardano, which is currently ranked 8th on Coinmarketcap, has a market cap of around $3.5 billion. Charles Hoskinson was also one of the founding members of Ethereum (ETH), crypto startup Invictus Innovations, and crypto tech company IOHK.

When asked by a commentator what exactly the crypto community is building, Hoskinson answered “an entirely new world:”

The intersection of cryptocurrency and Wall Street has been welcomed by those who also see a potential influx in capital. In mid-May, cryptocurrency wallet and exchange Coinbase released a new suite of products designed to attract institutional investors by relieving security and regulatory compliance concerns. Speaking about the product release, the VP of Coinbase referred to “$10 billion” of Wall Street money that now had the potential to enter the market.

The “trillion” value has also been bandied around before, as Dan Morehead, CEO of $1 billion crypto hedge fund Pantera Capital said in April that a $40 trillion crypto market is possible, in part due to Wall Street’s increasing interest in clearing crypto trades.