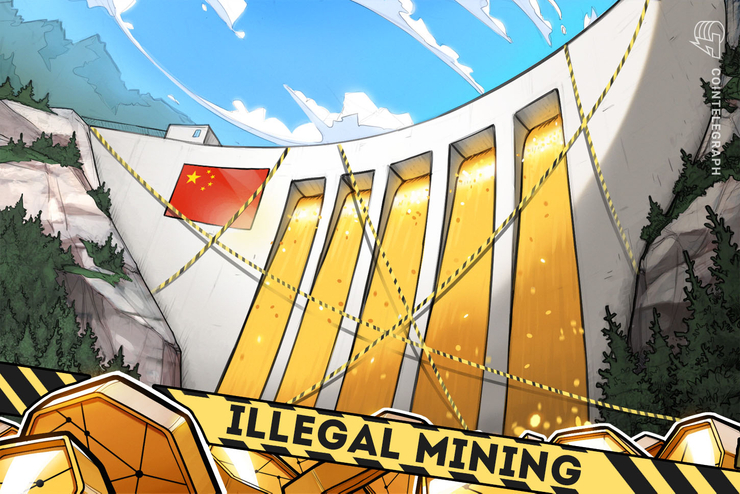 The state authorities of China’s Sichuan province will investigate local bitcoin (BTC) mining farms that have been allegedly been built illegally, local media agency Sina reports on May 30.

Located at the bitcoin “global mining capital” of Sichuan, the bitcoin mining farms with over 30,000 bitcoin mining machines have been reportedly constructed without an official approval from the local government, and are thus subject for further examination.

Specifically, the alleged illegal mining farms are located along the Sichuan’s Dadu river, a major Chinese river that will host the world's biggest embankment dam called Shuang Jiang Kou, which is currently under construction. The site purportedly provides one of the cheapest electricity prices for mining bitcoin.

An official from a local enforcement group claimed that the authorities are still investigating the matter and did not disclose more details on the situation.

The Sichuan province has been establishing itself as a global bitcoin mining capital since 2017, mostly due to its cheap electricity, low population density and cold climate. The province is one of the major Chinese sites favorable for cryptocurrency mining, with the others including Xinjiang, Inner Mongolia and Yunnan.

The combination of all these sites formulates China’s mining superpower, with the country reportedly controlling the majority of the largest bitcoin mining pools in the world.

Recently, China's National Development and Reform Commission, a governmental agency responsible for macroeconomic policies, has revealed that the authority is considering baning crypto mining in the country.