There has been a 46% rise in cross-border payments from U.S. crypto exchanges to offshore exchanges since early 2017.

There has been a 46% rise in cross-border payments from U.S. crypto exchanges to offshore exchanges since early 2017, posing an ostensible quandary for regulators 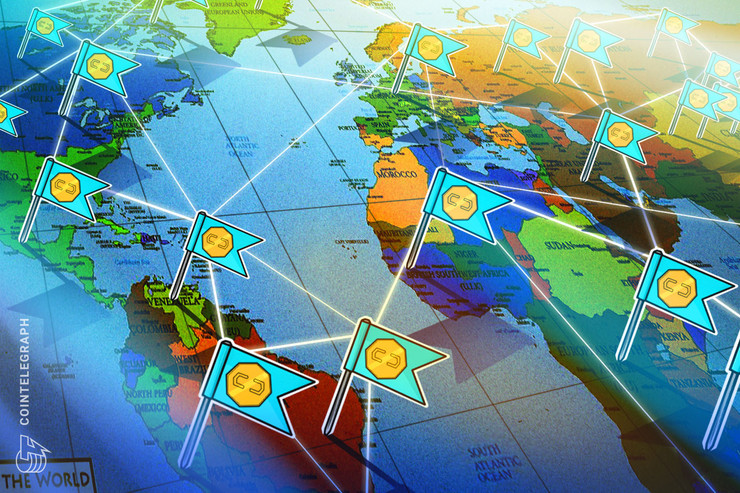 Disclaimer: A CipherTrace spokesperson informed Cointelegraph that these numbers are subject to change as new information becomes available, and some numbers have thus been changed.

There has been a 46% increase in the number of cross-border payments from United States crypto exchanges to offshore exchanges since early 2017, posing an ostensible quandary for regulators. The data was reported in the latest cryptocurrency AML (Anti-Money Laundering) report from crypto intelligence firm CipherTrace, shared with Cointelegraph on April 29.

According to CipherTrace, an analysis of 164 million bitcoin (BTC) transactions revealed that cross border payments from U.S.-based exchanges to offshore platforms rose from 45% in Q1 2017 to 66% in Q1 2019.

As the report argues, the increase represents a potential difficulty for U.S. authorities, as these proliferating cross-border transactions may elude domestic oversight. CipherTrace notes:

“Once these payments reach exchanges and wallets in other parts of the globe, they are invisible to US authorities. For now, it is uncertain if these cross border inter-exchange payments trigger the FinCEN requirement that ‘the MSBs must keep a five-year record of currency exchanges greater than $1,000 and money transfers greater than $3,000.’”

Despite the regulatory uncertainty such a trend represents, MSBs — money service businesses — are however advised by experts to retain tax ID/SSN for these transactions, the report adds.

CipherTrace’s crypto AML report tackled a broader gamut of challenges in the crypto sector, finding that crypto exchange thefts and hacks have incurred losses worth $356 million so far in 2019 — allegedly on track to hit $1.2 billion by the end of the year.

It further addressed an expected wave of forthcoming AML and Counter-Terror Financing regulations to be introduced crypto assets worldwide this year — notably including in the U.S., Canada, the U.K. and Japan.

In the wake of recent, fresh controversies over stablecoin Tether (USDT), CipherTrace has also highlighted the fact that over 20 other unregulated stablecoin assets exist in the sector, raising concerns over transparency and prospective shortcomings in due audit processes and asset insurance coverage.

Last year notably saw a precedent set by new, regulated stablecoins, such as the Winklevoss twins’ gemini dollar and Paxos’ paxos standard, both of which are licensed under the U.S. Bank Secrecy Act and have secured a BitLicense regulation from the New York State Department of Financial Services.