Coinbase, a major American cryptocurrency exchange, launched its custody service internationally by creating a new firm based in Ireland 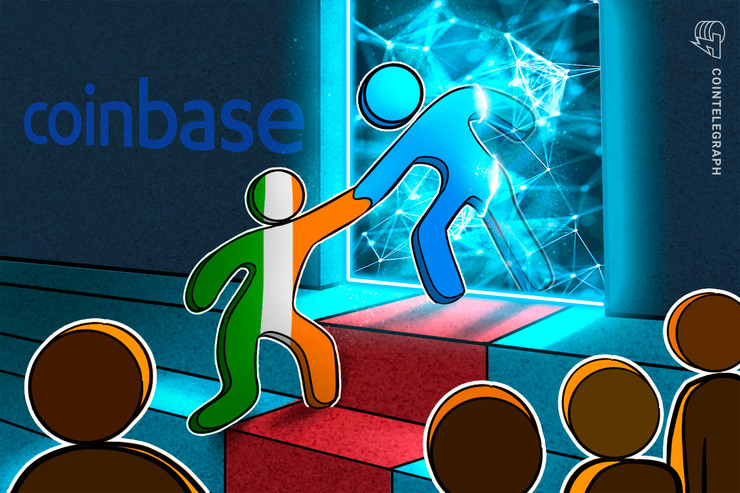 According to a Coinbase announcement published on Jan. 30, the new entity is called Coinbase Custody International and is based out of Dublin.

The firm’s services will be the same as those provided by Coinbase Custody in addition to taking over all the staking activities performed by the exchange.

Coinbase Custody initially began offering staking for select cryptocurrencies in March 2019, and expanded that service to international the following November.

The advantages of a local operation

While Coinbase Custody has been serving European clients in the United Kingdom, Switzerland, Germany, Finland and the Netherlands since 2018, a new dedicated entity allows for completely localized service.

Per the announcement, this will bring the advantages of local staff, localized service-level agreements and clearer compliance with EU law:

“Europe is our fastest growing geographic segment and our international launch is a direct result of client demand. By offering our services from the same region in which our clients are located, it’s our goal that they will benefit from greater legal and regulatory clarity.”

Coinbase also said that, over the coming months, it plans to add support for more cryptocurrencies and features to its international custody service.

As cryptocurrencies solidify their position as a new financial asset class, demand for services such as crypto asset custody is increasing.

Rohan Barde, a research and innovation manager at industry expert association Blockchain Zoo, explained that custody services are needed to attract institutional investors who wish to reduce risk and comply with regulatory standards.