Cryptocurrency markets have seen a decline on the day, with most top coins hovering in the red and Bitcoin trading around $4,000.

Thursday, March 21 — Most of the top 20 coins by market capitalization are in the red, showing slight losses on the day, down from one to four percent.

The leading cryptocurrency Bitcoin (BTC) is trading at $4,027 at press time, down about one percent over the 24-hour period. BTC has been trading sideways as of early trading hours, following a drop to as low as $4,007 in the middle of the day. 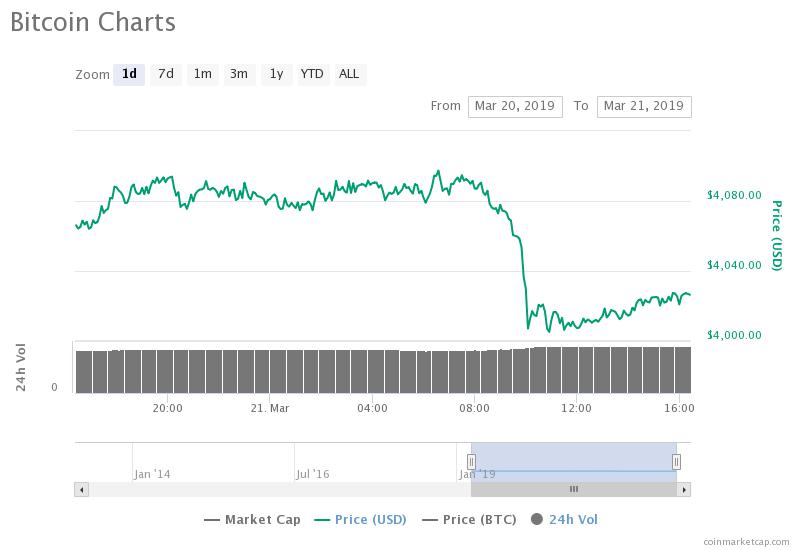 As reported earlier today, Vitalik Buterin said that high ether prices are important both for network security and the wider ecosystem’s development. In response to the question as to whether protocol designers and project leaders should be focusing on the question of a cryptocurrency’s price, Buterin referred to the “earlier rhetoric” of the Ethereum project, which had explicitly downplayed the importance of the asset’s value. 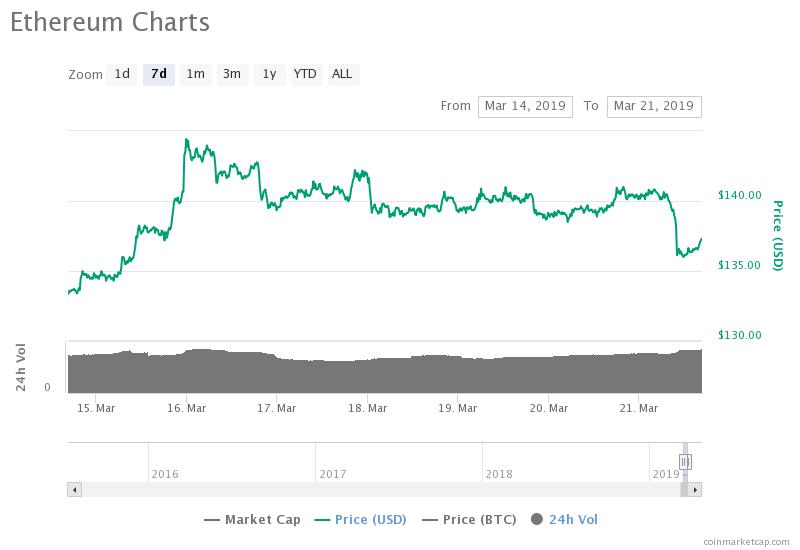 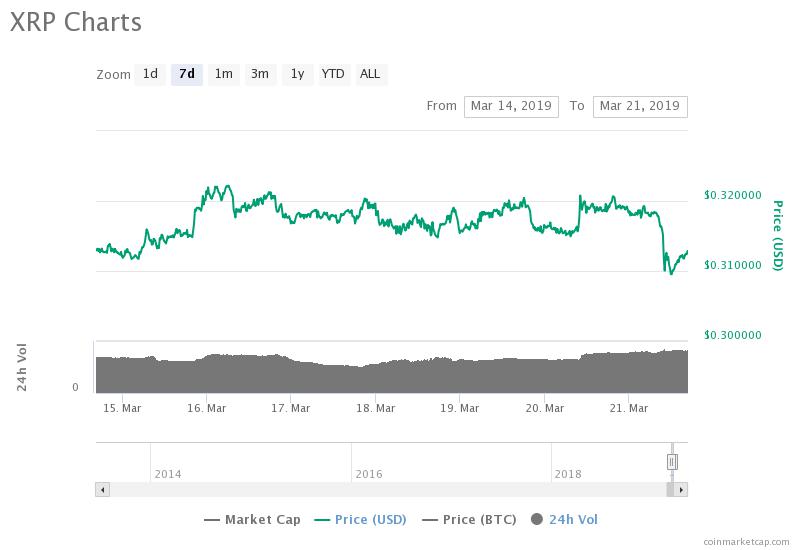 On CoinMarketCap’s listings, Tezos (XTZ) is the biggest gainer, up by 25.77 percent on the day and trading at $0.771 to press time.

Total market capitalization of all cryptocurrencies is around $139 billion at press time, down from its intra-day high of about $141.9 billion. 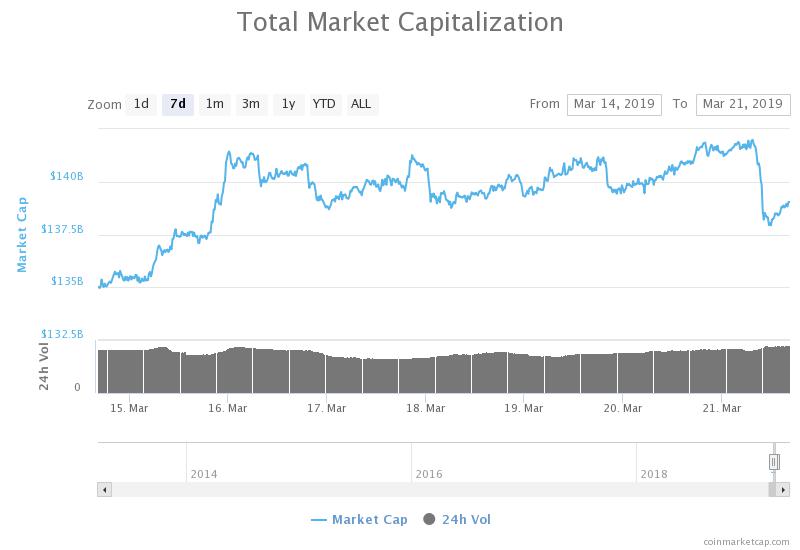 Earlier today, Cointelegraph reported that price correlations among major cryptocurrencies increased against the U.S. dollar (USD) but fell in BTC terms, according to a new report from crypto exchange Binance. The exchange found that behavior among assets is diverging depending on whether returns are denominated in USD or BTC.

Today, MarketWatch reported that U.S. stocks ended higher following a surge in tech shares that helped to lift key equity benchmarks. The S&P 500 has gained 1.09 percent to trade at around 2,854, while the Dow Jones Industrial Average has increased by 0.84 percent and is trading at around 25,962 at press time.

On the Asian market, mainland Chinese shares climbed on the day, as the Shanghai composite gained 0.35 percent and the Shenzhen component added 0.706 percent, according to CNBC. Shares of tech giant Samsung Electronics and chipmaker SK Hynix saw their stocks surge 4.09 percent and 7.66 percent, respectively.