Exchange balances for ETH and BTC move in opposite directions in a new insight into investor sentiment.

Ether (ETH) is trading at its highest since before the March coronavirus crash, but data suggests that investors have little interest in holding the second-largest cryptocurrency by market capitalization.

According to the unverified data, since March, ETH balances on exchanges have continued to trend upward overall. At the same time, BTC has been leaving exchanges en masse over the past three months.

“Ever since the Black Thursday crash, Bitcoin balances on crypto exchanges have been falling quite fast. On the other hand, Ethereum exchange balances continue to remain relatively stable,” the trader summarized.

The phenomenon could have several implications. Coins on exchanges are more vulnerable but quicker to trade, suggesting that owners store them there to sell at short notice.

As Cointelegraph reported previously, BTC traders have shown a preference for saving in recent months, rather than selling or trading.

On Ethereum, the network for which Ether is the native token, the current DeFi trend may also be influencing investors. The decentralized finance sector has sparked a token boom and associated trading, and as ERC-20 tokens on Ethereum, ETH is required for transactions.

ETH would make a suitable “home” asset for DeFi traders given its recent low volatility in the run-up to its fifth birthday. 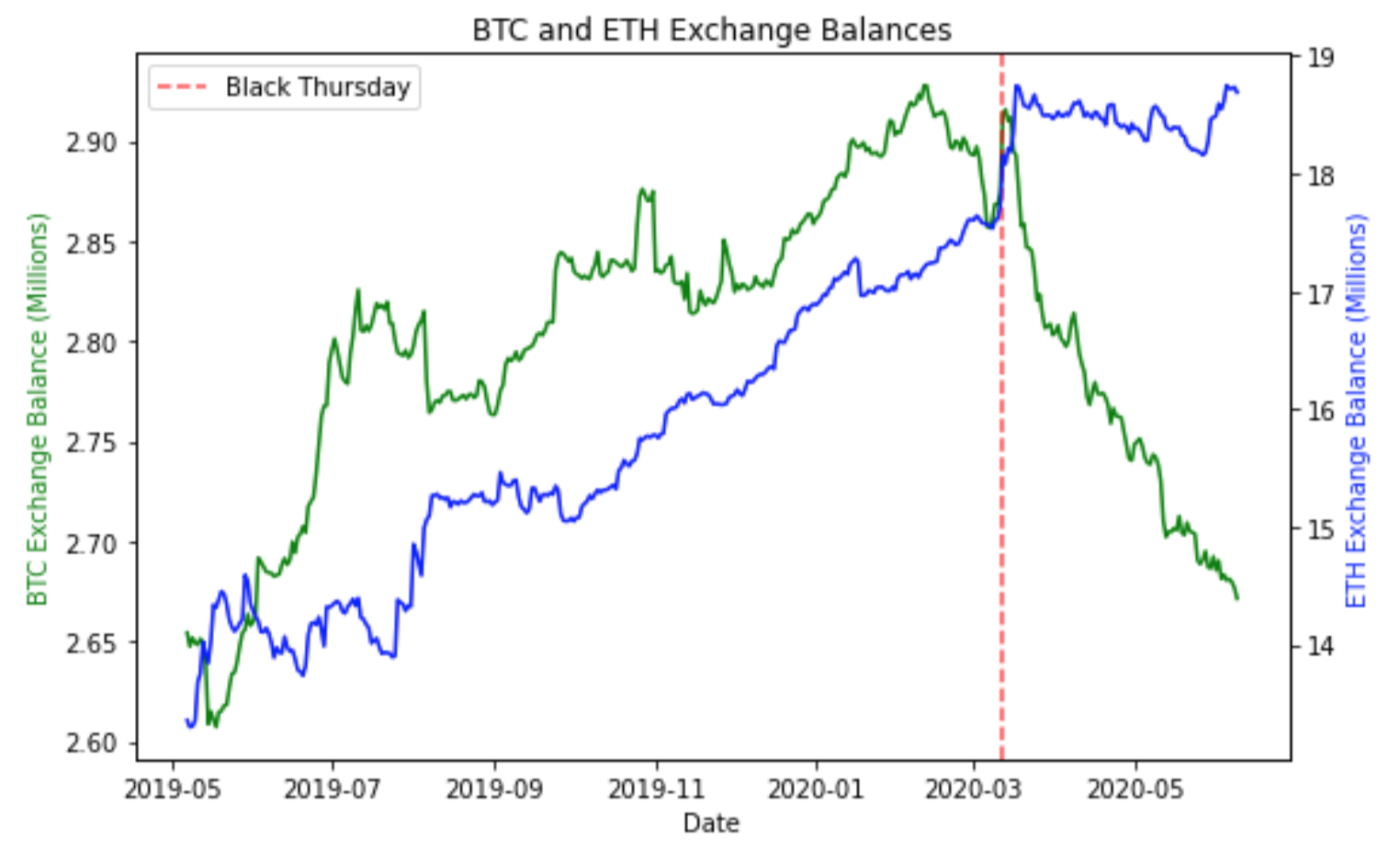 Meanwhile, ETH/BTC correlation has risen in the short term, while a longer trend has seen ETH remain fairly constant as a percentage of BTC price, data from Skew shows. 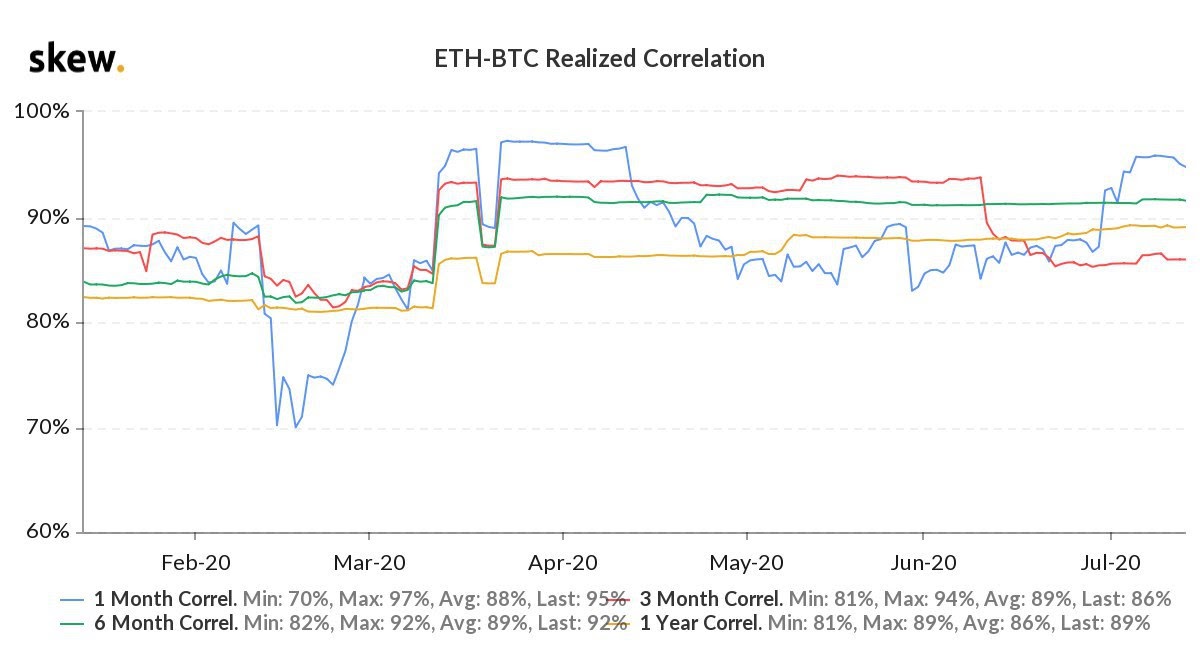 Meanwhile, talk of a new “altseason” — a period of growth and profitability in altcoins — continues to gather pace.

Among those forecasting a new alt gold rush is Peter Brandt, the trading stalwart who eyed ETH gains over BTC this week.

“Most alts should gain on #bitcoin in near future,” he summarized.

Zooming out beyond DeFi, major altcoins still remain at a fraction of their all-time highs from more than two years ago. ETH once traded at almost $1,400, but has failed to recapture more than 20% of those levels since.

BTC, on the other hand, currently sits at around 50% of its all-time highs.