Data shows that a sharp shift in investor demographics and monetary power could propel Bitcoin price to new highs.

Bitcoin (BTC) has been trading sideways for around a month now and is being outperformed by several other altcoins like Ether (ETH) and Chainlink (LINK). The cryptocurrency also hit the lowest levels of volatility since November 2018.

Moreover, Bitcoin’s trading volume in it’s USDT and USD pairs has decreased by 56% and 44%, while global crypto trading volumes in June are down by 49.3% as well, according to CryptoCompare.

While some point to these key factors as the start of a downtrend in Bitcoin price, there are still a few bullish scenarios to look out for. A recent report by Stack Funds found that a shift in investor demographics may soon bring the price of Bitcoin to new highs.

Utilizing data from Coindance, the report found that 50% of Bitcoin investors are millennials. Given that wealth transfer between generations is happening at a faster rate, Stack Funds believes millennials’ newly-found financial freedom may lead this younger generation of investors to put heavy buy pressure on Bitcoin.

“As the millennial generation enters into the peak age of investment maturity, we believe this tech-savvy group would propel the significant shift in investors demographics, in turn, increases the propensity of bitcoin investments.” 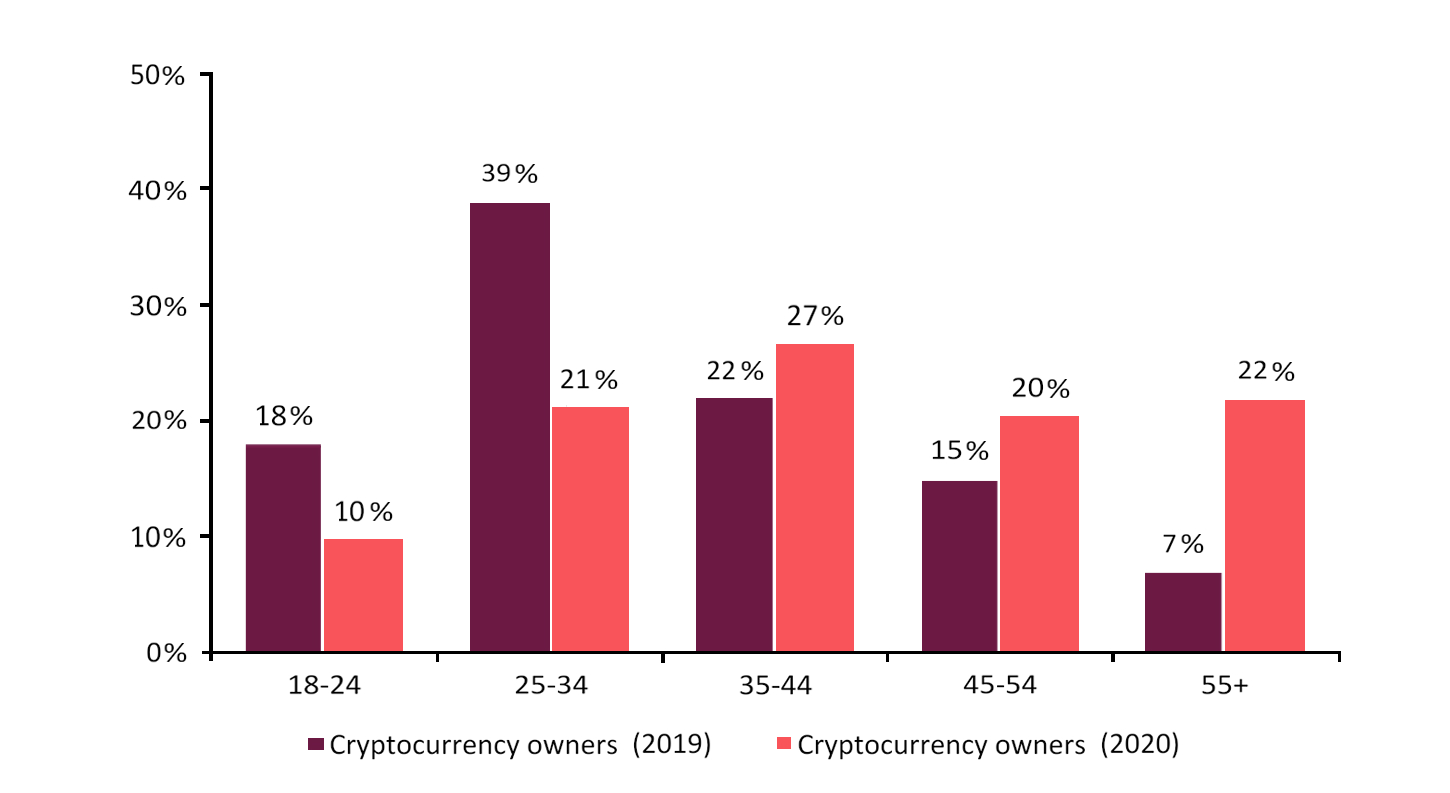 The report also points to growing interest in Bitcoin and digital assets among other generations, a phenomenon which can further cement Bitcoin’s position as an investment asset class.

According to a survey of Canadian citizens, ownership among baby boomers (56-76 years old) has recently tripled. Similar results were found in a recent research paper by the UK Financial Conduct Authority (FCA), which found that Bitcoin ownership by people above 35 years old increased significantly.

The shift in investment power to newer generations, and the growing interest in Bitcoin for older investors, could help push Bitcoin price to new heights. However, institutions will also play a significant role as they could provide the most accessible on-ramp for new retail and institutional investors to invest in Bitcoin.

According to the report:

“In our conservations with investors, we noted that part of this buying pressure reflects parents from gen X and baby boomers who are looking to invest long term for their children’s future.”

Currently, there is no shortage of options for institutions of all sorts to get involved and the same can be said for those looking to invest their retirement in BTC.

A recent survey from Morgan Stanley showed that over 80% of investors are looking to invest in a socially conscious manner, meaning, they prefer to put their money into projects that can create a positive impact on the world and society.

Along with their greater aptitude for technology, millennials also display an increased concern around social issues like discrimnation, climate change, and possibly financial inclusion may soon become one their points of focus.

Given the potential of cryptocurrency to address many of the issues millennials find problematic with the current financial industry, investing in Bitcoin as a new asset class ticks all the right boxes.