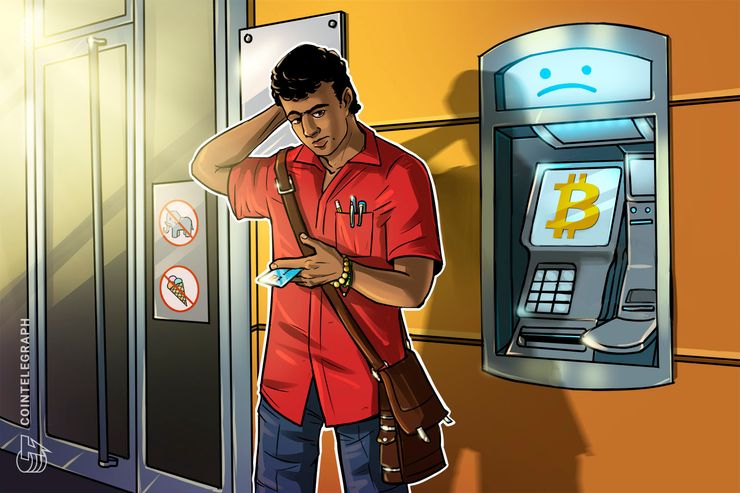 Both banks’ reported measures come in the context of a prohibition on domestic banks’ dealings with crypto-related businesses, which was announced by India’s central bank, the Reserve Bank of India (RBI) last April, taking effect in July.

According to Indian CryptoGirl’s tweet, Digibank — which is owned by Singapore-headquartered, major multinational financial services company DBS — imposed a credit freeze on her account after allegedly detecting transactions with entities identified as being virtual currency traders or brokers. The bank’s notice reportedly advised that she should henceforth be prevented from making any further deposits, and should expect to have her account closed within 30 days.

“I've been a user of DBS' Digibank for a year. Although I regularly used Kotak Mahindra Bank for my cryptocurrency transactions, I used Digibank only 7 times throughout the year. On January 14th, I received multiple messages from my twitter [sic] followers regarding an account closure notice by digibank [sic]. I checked my mailbox and found the mail myself.”

According to a screenshot of the email included in the tweet, Digibank further allegedly stated:

“Reserve Bank of India through their public notices have warned/advised [the] public regarding risks associated with virtual currencies. We reiterated the same vide our emails dated 4th May 2018 and 2nd Aug 2019, cautioning our account holders [against] the risks associated [...] and that DBS accounts and debit cards should not be used for [their] purchase or any kind of dealings.”

Commenting on the email, and in particular the bank’s alleged claim that “crypto transactions are not allowed” in India, Indian CryptoGirl told Cointelegraph:

“Banks have interpreted RBI's guidelines as per their own convenience [...] This however is tantamount to taking the law in your own hands. RBI has only prohibited banks from working with businesses offering cryptocurrency solutions and NOT individuals from trading cryptocurrencies between them.”

Yesterday’s tweet has drawn a range of responses, with some users alleging that not only Digibank and Kotak Mahindra, but also UCO and India Bank have been restricting crypto-related activities. These claims have not been corroborated to press time.

Many used the opportunity to advise Indian crypto users to trade peer-to-peer (p2p) to avoid issues with banks and government authorities.

As reported, RBI’s controversial banking blockade has sparked both public and industry-led petitions, some reaching the judiciary. Yet the country’s Supreme Court has repeatedly stayed a final decision on the matter.

Despite an onslaught of negative news and endemic lack of clarity — including rumors the government has mulled the outright criminalization of crypto in the country — reports in late December suggested the tide could yet turn to affirm the sector’s legality.

Earlier this month, RBI published its financial report for 2017-18, which concluded that crypto currently poses no threat to financial stability. Authorities across the country meanwhile continue to persistently warn the public against the risks associated with unregulated crypto investments.