Decoupling? Bitcoin Price Up 40% Since Last Week, Stocks Not So Much

Currently, traditional markets are also performing well as the S&P 500 is up 2% and the Dow has gained 1.6%.

Generally, markets seem pleased that the European Union proposed a 750 euro stimulus package which would see $820 billion worth of private sector and government debt purchased before the end of 2020. This comes just a day after the Trump Administration announced support for a $1 trillion coronavirus stimulus package which would support similar bailouts. 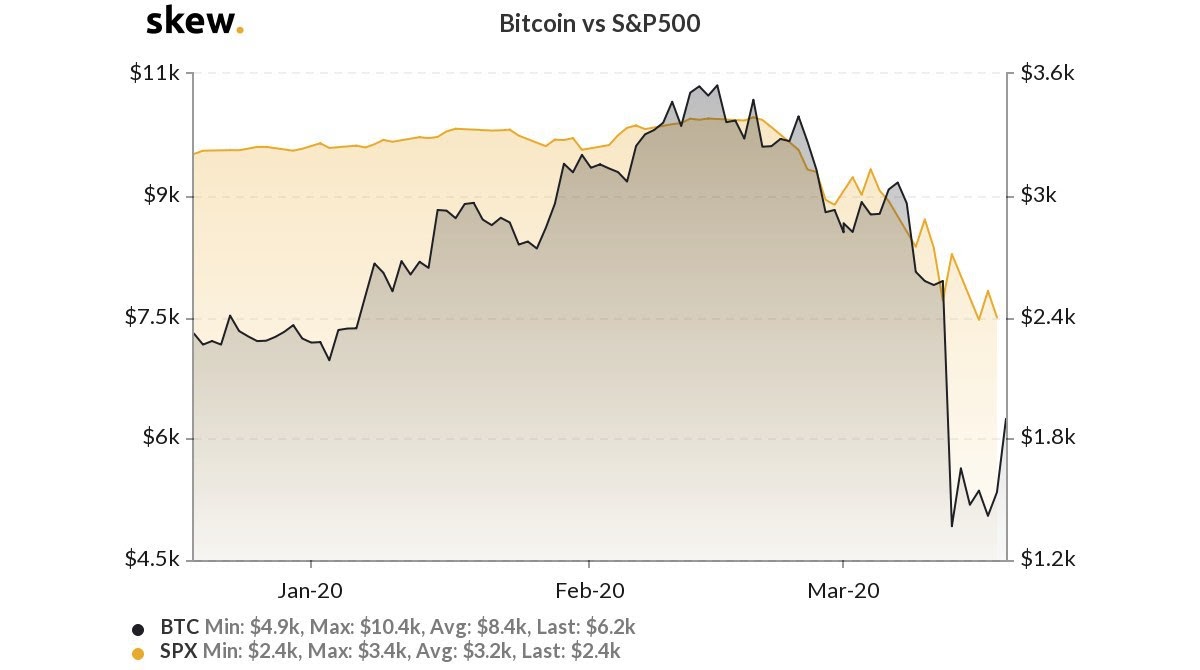 Interestingly, aside from today’s stellar performance, major equities markets continue to struggle as Bitcoin is in the midst of a strong recovery. Data from Skew shows that even though Bitcon price action has been in tandem with major markets, the digital asset now appears to be breaking this trend and decoupling from the performance of the S&P 500.

As mentioned in yesterday’s analysis, Bitcoin price took the bullish route and pushed above the pennant trendline and $5,500 resistance on a high volume surge which allowed the digital asset to form a daily higher high at $6,359. 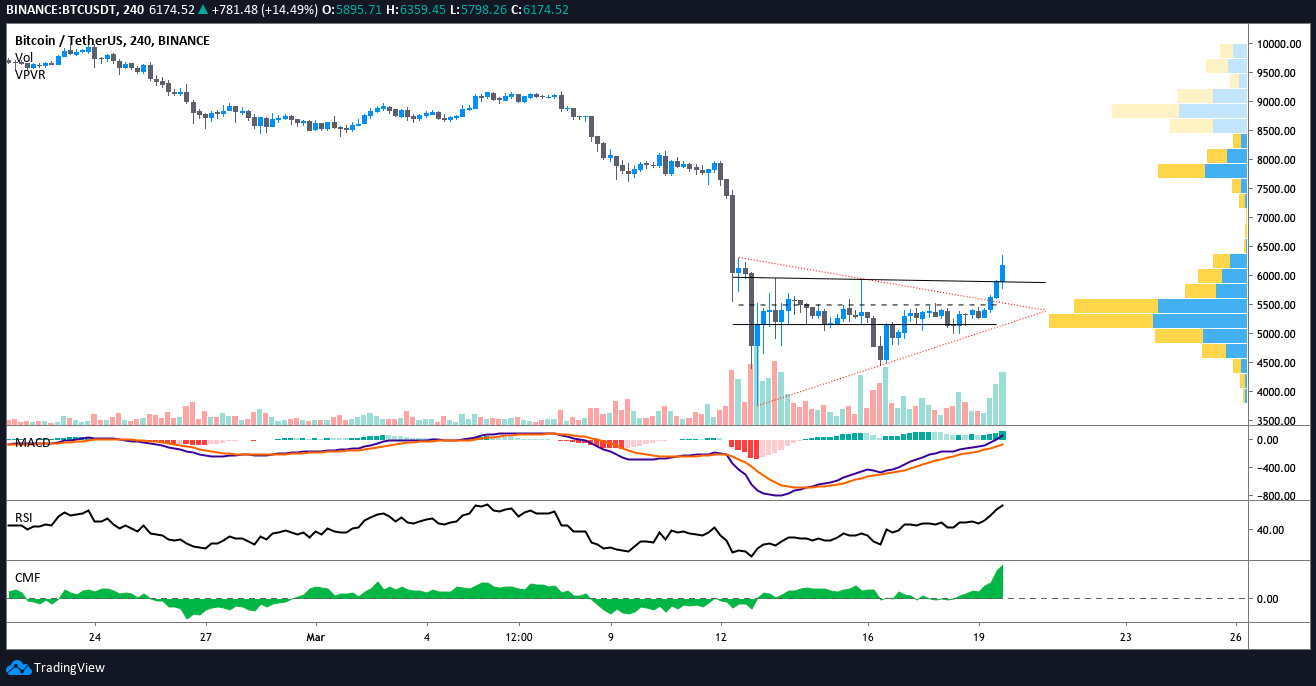 For the last few days traders have expressed their belief that $6,300 would provide some push back and currently the price is meeting resistance at this level. The increase in sell volume and overbought RSI suggest that some traders who opened positions in the $3,770 to $5,000 range are now taking profits and the best step going forward would be to see Bitcoin consolidate in the $5,800 to $6,100 range just to re-establish support here. 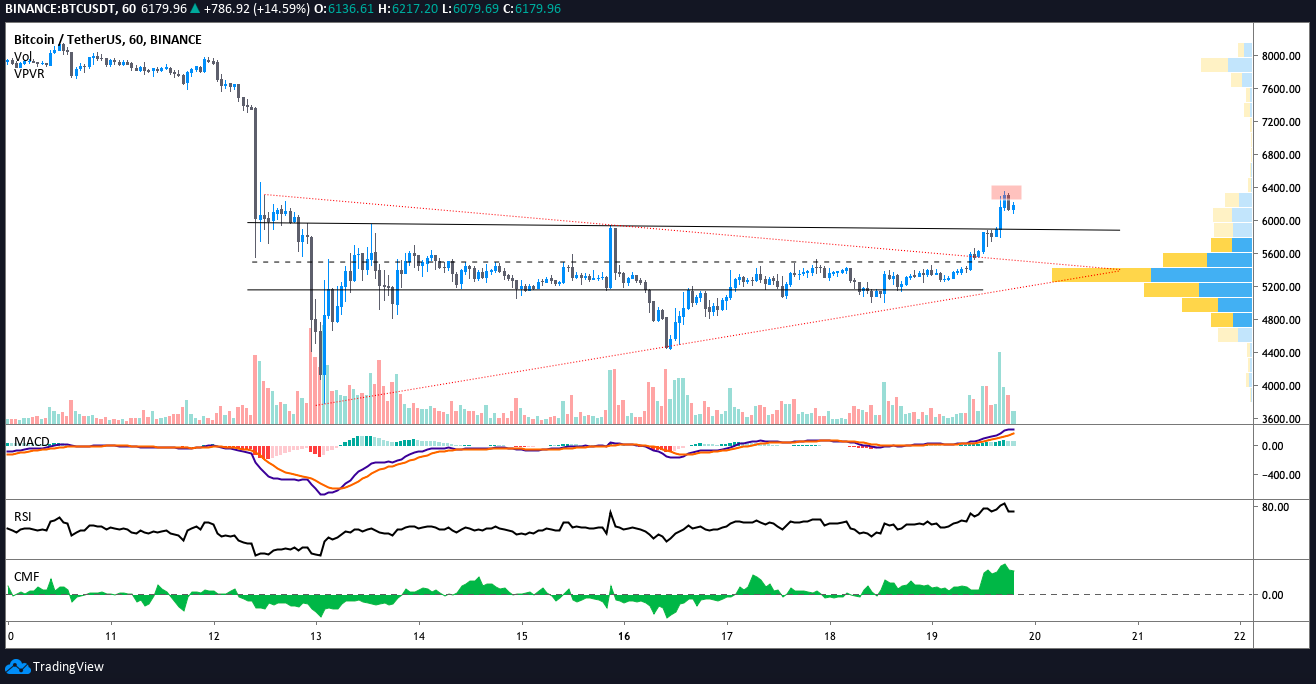 On the 1-hour and 6-hour time frame there is a tweezer-top forming, suggesting that the price will pull back possibly to retest 5,900, a former resistance, which must now function as support. For the time being, traders should keep an eye on trading volume to observe whether or not traders quickly buy into pullbacks at the underlying levels of support.