Multiple reports have surfaced that White House staffers are using Confide, an end-to-end encrypted messaging app, in order to cover their tracks when leaking information to the press. 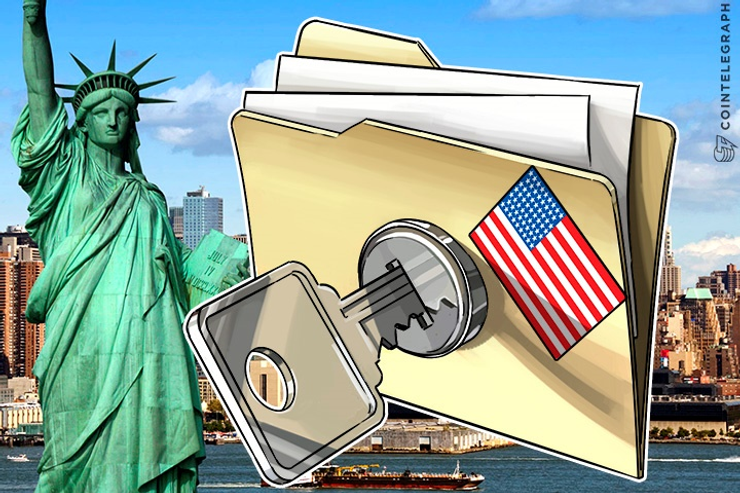 The Trump administration has faced a series of embarrassing leaks from rogue officials encrypting their communications, leading allies in Congress to call for a crackdown on encryption in government.

Encrypting may be a weapon of Deep State, the term coined by the media to refer to a state within a state. Some experts suspect that it exerts control over public policy regardless of which political party is currently in power. Its members from intelligence and high bureaucracy guide policy in their own interests through leaking or other means of internal dissent.

During the opening weeks of the Trump administration, a stream of leaks appeared as to various activities by the president and administration officials. It ranged from relatively innocuous personal habits to serious infractions, including former National Security Advisor Michael Flynn’s unauthorized communications with Russia.

Multiple reports have surfaced that White House staffers are using Confide, an end-to-end encrypted messaging app, in order to cover their tracks when leaking information to the press.

The Trump administration’s struggles with internal encryption use

Since its beginning, the Trump administration has dealt with friction within the government itself. In the early days of the administration, it ordered a media blackout for the Environmental Protection Agency (EPA) in order to reevaluate its official position on climate change. This led to the rise of rogue social media accounts run by EPA employees in defiance of the gag order to continue to disseminate information, some of which were later shut down.

To deal with this division of priorities in the federal government, federal employees have reportedly turned to encryption to communicate amongst themselves to discuss strategies for resisting White House edicts. In response to this attempt to obfuscate federal employees’ communications, Republicans in Congress have demanded details into the use of encryption by federal workers.

As the internal struggle within the US government continues over control of agency employee communications, the greater global issue of a government crackdown on encryption threatens to become an increasing issue this year.

US Attorney General Jeff Sessions has maintained a stance siding with law enforcement on data access matters, coming out against end-to-end encryption and in favor of backdoor access to encrypted apps for law enforcement agencies. Following his initial pick by the Trump administration, downloads for Edward Snowden-endorsed encrypted messaging app Signal saw a rapid increase.

In Europe, the war on encryption is already much further along. The UK passed a law late last year, the Investigatory Powers Bill, which legalized mass surveillance on its citizens. A provision in this bill also effectively banned end-to-end encryption by mandating that telecommunications operators “remove electronic protection” when asked to do so by authorities. Germany and France are pushing for the EU to restrict the use of end-to-end encryption, and the German Federal Intelligence Service has already obtained funding to develop technology capable of cracking encryption used by apps such as Telegram and WhatsApp, signaling that a full war against encryption may not be far off.