Dubbed M1, Electroneum’s new smartphone is priced at $80 and enables crypto mining, even in offline mode.

United Kingdom-based digital payments firm Electroneum has announced the launch of a smartphone that is capable of mining cryptocurrency, according to a press release published on Feb. 25.

The new device by Electroneum, dubbed M1, incorporates the tech firm’s cloud mining technology, which enables users to mine the firm’s bespoke cryptocurrency, Electroneum (ETN) in return of using the smartphone.

Priced at only $80, Electroneum’s M1 phone allows users to mine ETD through an app directly from their devices, with cryptocurrency mining reportedly available in offline mode.

The mined cryptocurrency can be used as payment for shopping, online services as well as mobile data upgrades, the press release notes.

ETN is currently ranked 63rd largest coin by market capitalization, amounting to $63.2 million at press time. The coin is currently trading at $0.007, down over 4 percent over the past 24 hours. 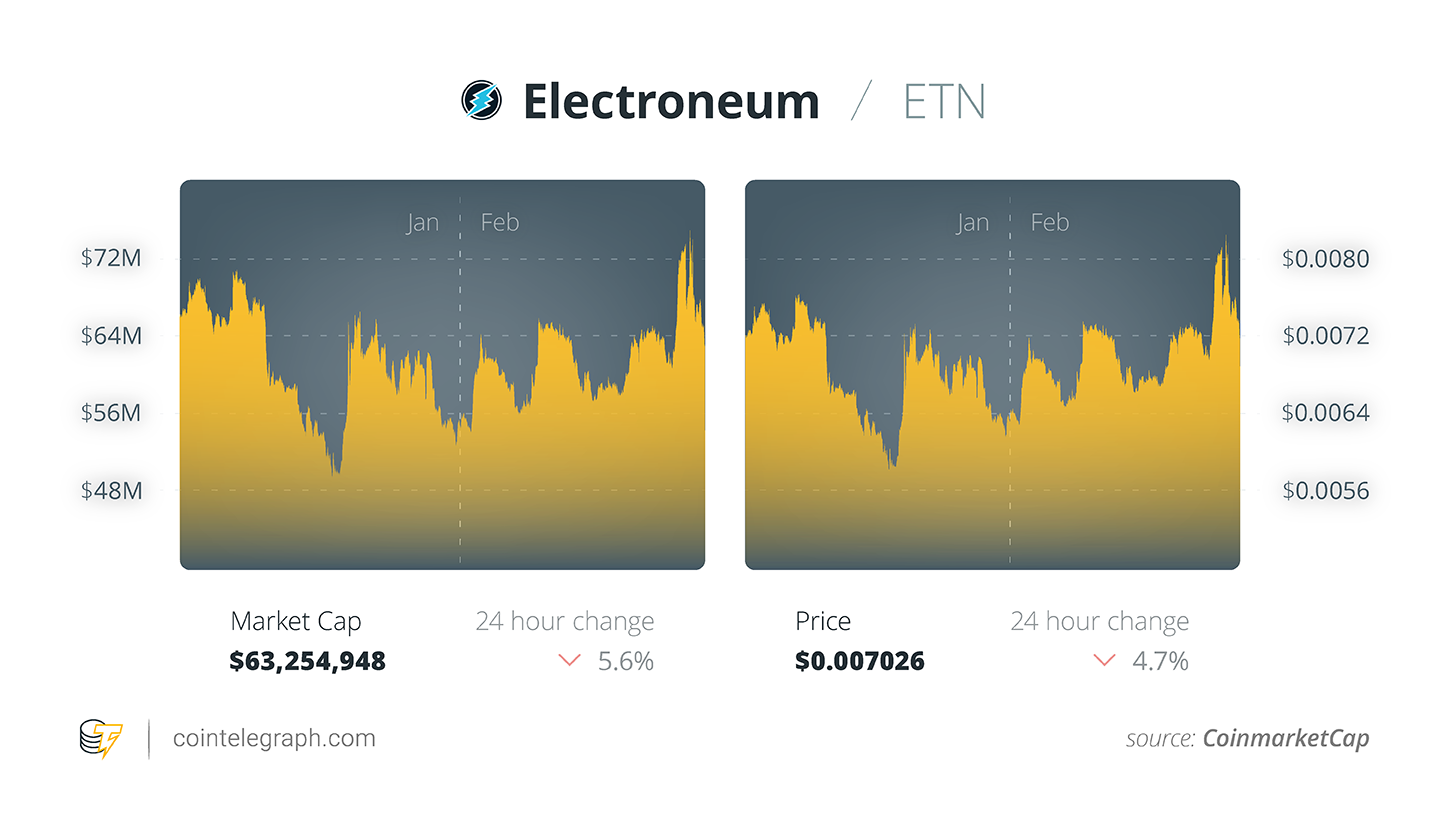 As Cointelegraph reported today, blockchain smartphone Exodus, developed by consumer electronics giant HTC, announced that it had partnered with Opera Browser as well as added support for multiple DApps.