A vote of no confidence in Bitcoin has today come from the economist who predicted the 2008 financial crisis. 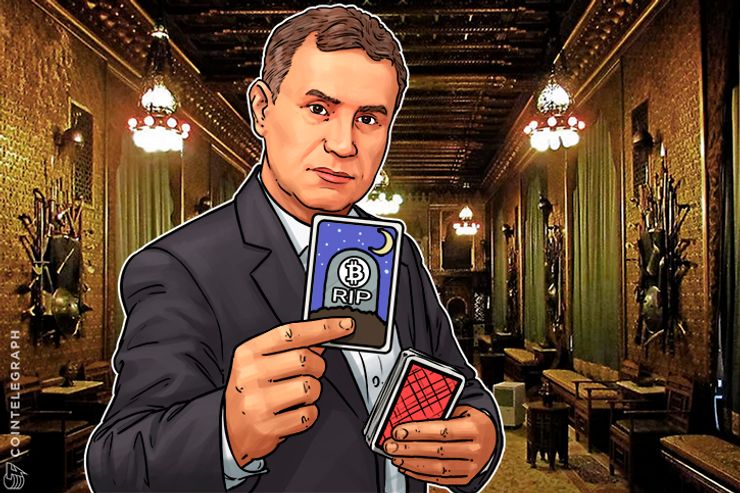 The economist who describes himself as “Mr. Realist” and predicted the 2008 financial crisis has said Bitcoin “will find its end.”

In an interview with Business Insider in Warsaw, Poland, Nouriel Roubini said that of all things, regulation would be the nail in the coffin for Bitcoin. He forecast:

“I think that more and more countries will start to make cryptocurrency exchanges illegal like China did. New regulations will be adopted. So, this will find its end.”

“In my opinion, there is a gigantic speculative bubble related to the Bitcoin… Because this is neither a serious method of payment nor a good way to store capital. The Bitcoin feeds on itself.”

This week has seen warnings that Bitcoin’s fate could lie in a dotcom-style bubble popping as the virtual currency remains around all-time highs over $7,000.

At the same time, other global finance leaders have turned bullish on Bitcoin’s future. CME Group Chairman Emeritus Leo Melamed hailed it as a new asset class ahead of the FX trader’s move to introduce Bitcoin futures as early as next week.

#CT_questions The economist who predicted the 2008 financial crisis said #Bitcoin “will find its end.” Is he Dr. Doom or Mr. Realist?