The European Parliament has passed a deal to cap the fees at 0.2% that banks charge retailers to process payments in a move that could undermine one of bitcoin’s main competitive advantages in the EU. 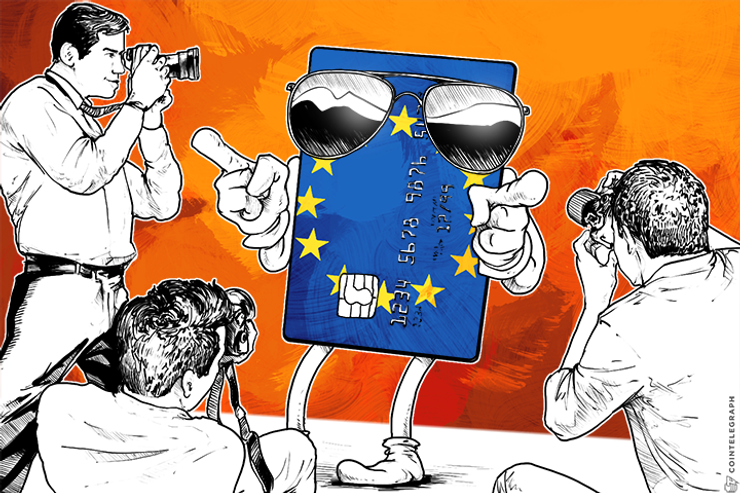 The European Parliament has passed a deal to cap the fees at 0.2% that banks charge retailers to process payments in a move that could undermine one of bitcoin’s main competitive advantages in the EU.

The new cap on payment processing, which was passed by 621 votes to 26 with 29 abstentions, will apply to both cross border and domestic payments will result in lower costs for card users.

According to European Parliament News, the European Commission stated the law will result in annual savings of €6 billion for businesses and €730 billion for consumers. This along with the recent launch of QE in Europe is an attempt to stimulate Europe’s ailing economy as these lower costs will help both retailers and shoppers.

This is a big effort towards transparency for an industry that has traditionally been the enemy of retailers and cardholders alike by passing down high fees that were often hidden, sometimes charging users 1- 3% on transactions.

Europe has traditionally been at the forefront of payment processing as a result of many nations sharing borders with different currencies pre-Euro. This has made Europe an innovator in the financial technology space and should be lauded for their attempt to bring lower fees and greater transparency to the entrenched card payment monopoly.

According to the announcement, the agreed fee cap is 0.2% of the transaction value for cross-border debit card transactions. Other measures include: Cointelegraph spoke with Moe Levin, founder of the North American Bitcoin Conference and who until recently worked for BitPay as Director of European Business Development. Levin told us that competition for the European payments market is heating up. He explained:

“[…] there are three main trends focusing on e-commerce:

1. Race to 1-click checkout. Who will make the most robust and reliable system to enable customers to checkout in one click. No more forms - just easy checkout experience;

2. Limiting the amount of information shared online. We’re seeing that as a huge trend where people, especially people under 40, are becoming more aware and concerned about sharing information with websites, and are seeking alternatives which can prevent them from being victims of identity theft or credit card fraud;

“There are many many, MANY options in Europe,” he added. “So, looking at these three major trends in the system, I think that bitcoin can promise a solution to many of the pain-points in each trends evolution.”

However, the latest move by the EU could prove to be bad news for cryptocurrency adoption on the continent This is because the new cap removes at least one important incentive for people to move from traditional payment methods in search of better alternatives like bitcoin, whose main selling point has been lower fees, particularly for merchants.

Bitcoin is frequently touted as having “near-zero” processing fees. Typically, bitcoin merchants in Europe incur lower fees by comparison, paying somewhere between 0 to 1% per transaction depending on the payment processor or exchange.

One other point to consider is the inherent reward structure associated with traditional card use (points, frequent flyer miles, etc), which is still in the developing stages in the cryptocurrency space, giving traditional payment networks yet another competitive advantage.

“I don’t think that this will make it harder for bitcoin to make inroads,” said Levin. “Bitcoin’s unique selling points are more than just cheap transactions for merchants.”

But while many don’t see this as a threat to cryptocurrency, which can still offer other benefits such as greater security, speed and privacy, the new EU-wide fee structure could still undermine bitcoin’s promise to users of significantly lower fees.

Perhaps it is time for cryptocurrency enthusiasts to start thinking about how Bitcoin will truly compete and get consumers on board in developed countries where legacy players will seemingly do everything in their power to maintain a tight grip on the market.

Levin, however, remained undeterred and optimistic. “While transaction fees are a part of the equation, and certainly a pain in the ass, on a broader level, I think if we look at the trends, bitcoin will do very well.” He also added:

“There will always be hesitation, trepidation, concern about the new and unknown. The thing is - Europe has historically been used to many currencies, anyone older than 15 used to use different currencies daily. It is not as foreign a concept as people think but, maybe, there needs to still be the killer use-case of stabilizing the volatility.”