Web browser Firefox will block cryptojacking malware in future versions as part of an anti-tracking initiative. 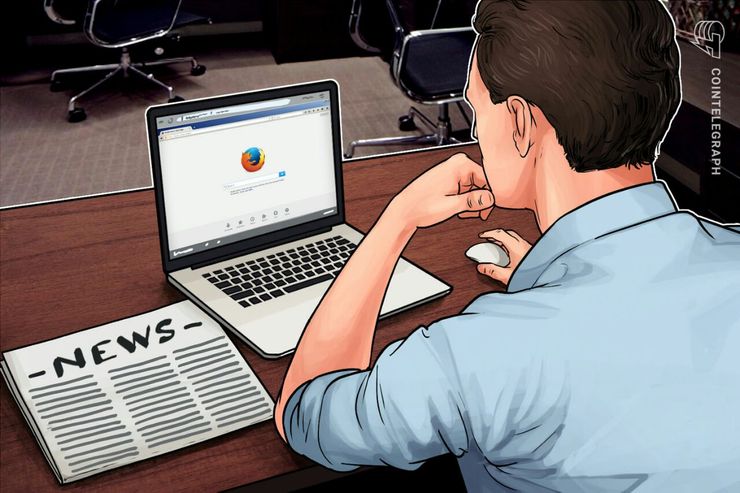 Firefox will block cryptojacking malware in future versions of its web browser, according to an announcement August 30.

The move comes as part of an anti-tracking initiative expected to be implemented over the next few months. In the announcement, Firefox cites a study by browser extension Ghostery, stating that 55.4 percent of the total time required to load an average website is spent loading third party trackers.

Future versions of Firefox will reportedly block such practices as cryptomining scripts that “silently mine cryptocurrencies” on users’ devices by default. By blocking tracking and offering a “clear set of controls,” Firefox is looking to provide its users more choice over what data they share with websites.

Back in 2016, Mozilla, the company behind Firefox browser, implemented practices encouraging users to take care of their online privacy and security in an ongoing shift towards data encryption. Firefox reportedly was going to block connections to HTTPS secure servers employing weak encryption and establish a minimum of 1023 bits for TLS handshakes using Diffie-Hellman keys.

Another major web browser, Opera, included anti-crypto mining in their integrated ad-blocker for desktop in December last year. Later in January, the company announced plans to add the feature to their mobile browser as well.

This month, Opera announced the launch of its desktop web browser with built-in crypto wallet functionality. As with the mobile app, the desktop client will support tokens as well as digital collectibles, with product lead of Opera Crypto Charles Hamel commenting that browser integration represents a further step in “making cryptocurrencies and Web 3.0. mainstream.”