The crypto markets are seeing a wave of green, as top crypto Bitcoin nears the $3,700 mark after a week of lows. 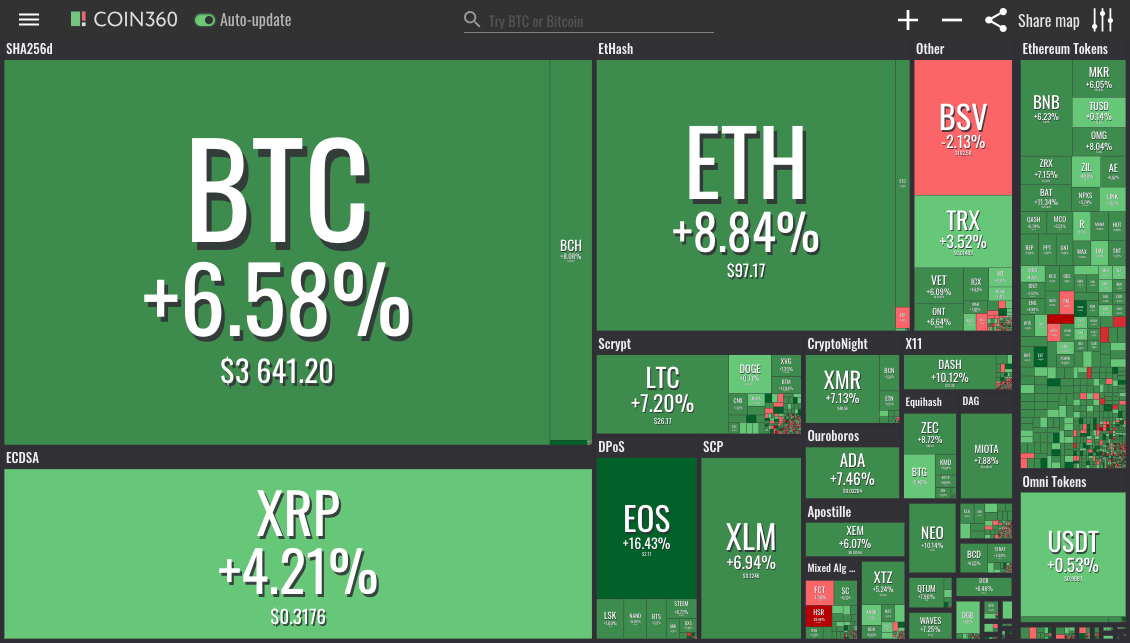 After a week of breaking new year-to-date lows, the major cryptocurrency is trading at around $3,650 by press time, up more than 7 percent over a 24 hour period. The coin is still down almost 9 percent on the week and more than 44 percent on the month, according to Cointelegraph’s Bitcoin Price Index. 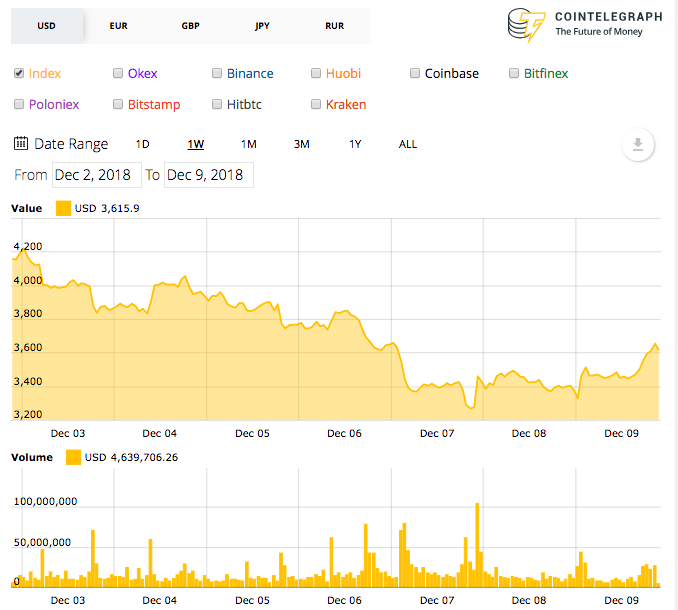 The second-largest crypto by market cap, Ripple (XRP), is also up by 5 percent on the day, trading at around $0.31 as of press time, according to Cointelegraph’s Ripple Price Index. Ripple’s weekly and monthly charts are similar to those of Bitcoin, with losses of almost 12 and 41 percent respectively. 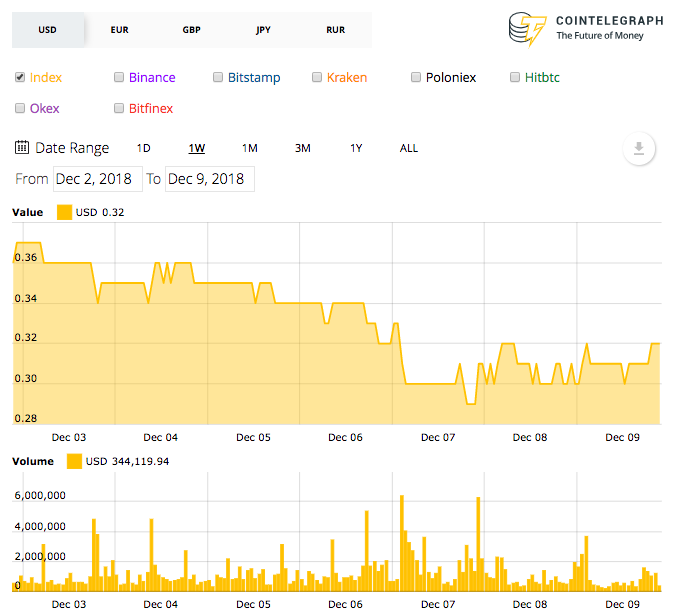 Third-ranked crypto by market cap Ethereum (ETH) is up the most of the top-three cryptos, seeing almost 10 percent growth on the day and trading at around $97 by press time. On the week, the altcoin is down almost 14 percent, and is seeing losses of more than 55 percent over the past month. 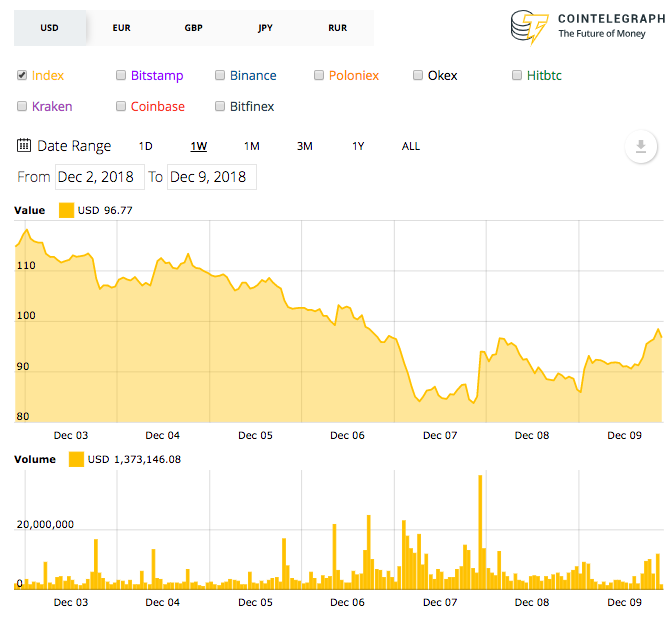 All of the remaining top ten coins on CoinMarketCap are seeing green, with EOS (EOS) showing the most gains on the day, up 15 percent and trading at around $111 to press time.

Only Bitcoin Cash SV (BSV) — a branch of the Nov. 15 Bitcoin Cash (BCH) hard fork — is in the red, down more than 2 percent over a 24 hour period and trading at around $97.37 at press time. BSV had been ranked fifth yesterday, Dec. 8, but is now in the eighth spot on CoinMarketCap. BCH is now ranked fifth, up around 8 percent on the day and trading at about $111 by press time.

Total market capitalization of all cryptocurrencies is at around $115 billion as of press time, up from its Dec. 7 weekly low of just under $104 billion. 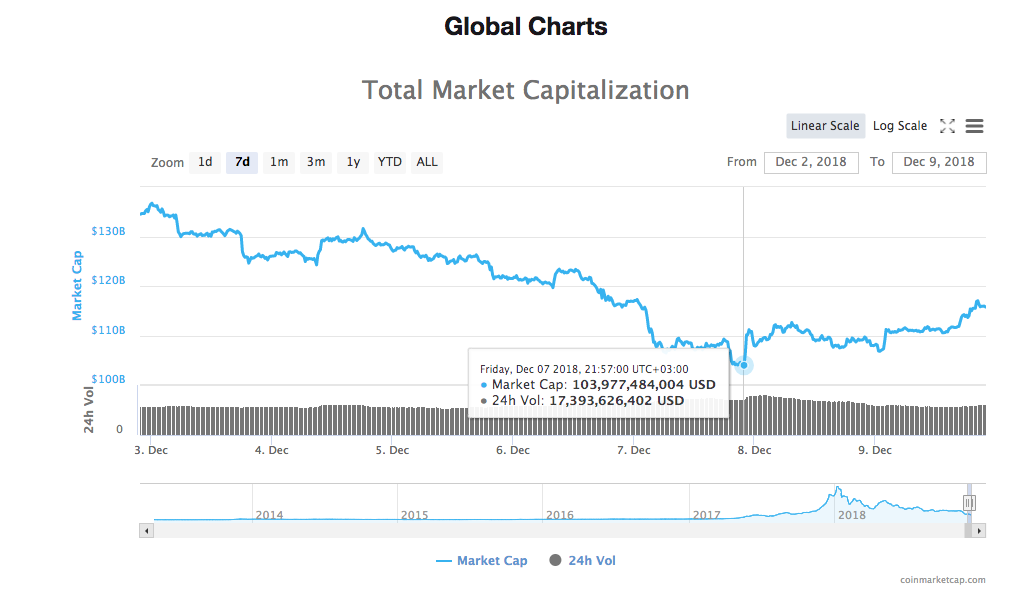