Greece’s Varoufakis: Bitcoin Can Be Used in Eurozone ‘As Weapon Against Deflation’

Greek finance minister Yanis Varoufakis has hit back at criticism resulting from his appraisal of Bitcoin in a blog post last month, calling Bitcoin “too deflationary to work” while continuing to support its underlying technology.

Greek finance minister Yanis Varoufakis has hit back at criticism resulting from his appraisal of Bitcoin in a blog post last month, calling Bitcoin “too deflationary to work” while continuing to support its underlying technology.

In yet another post on the topic of cryptocurrency, Varoufakis writes that those skeptical of his views on Bitcoin “reveal a powerful tendency to underestimate the ill-effects of deflation on a social economy.” He upholds his dislike of “Gold Standard-like” monetary systems, specifically the Eurozone, and controversially draws comparisons between the design of Bitcoin and the Euro.

“[A]lmost paradoxically, the technology of Bitcoin, if suitably adapted, can be employed profitably in the Eurozone as a weapon against deflation.”

The post comes a day after Greece’s relationship with the European Central Bank and Germany became frayed after the latter’s refusal to grant the country an extension to its bailout program. Talks are set to continue today with an aim of resolving the dispute, which if left unresolved could see banks in Greece literally run out of money. Meanwhile, reports of capital outflow gathering pace are beginning to surface in the media, albeit with wildly fluctuating figures being mentioned. 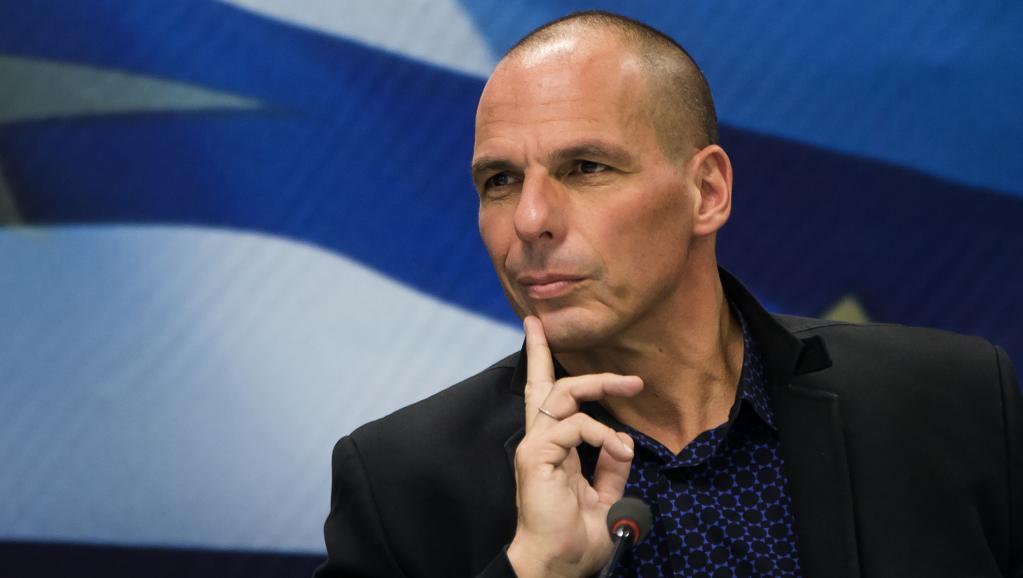 Varoufakis’s “paradoxical” statements were also apparent in his previous notes on Bitcoin, which he had described as “very special form of digital currency” while asserting that “there can be no de-politicised currency capable of ‘powering’ an advanced, industrial society.” While previously focusing on the decentralized nature of Bitcoin, however, Varoufakis now appears more concerned with its economic aspects.

Responding to one reader claiming that deflation can benefit certain aspects of society, Varoufakis stated that deflation is “indiscriminate,” which in a model like Bitcoin is ultimately set to become a deflationary currency would mean “everyone benefits from waiting and aggregate demand thus collapses (penalizing us all).”

In terms of Bitcoin’s structure, Varoufakis points to the fact that while it is impossible to ‘mint’ more bitcoins, the Eurozone, bound by various regulations, is also unable to do so during deflationary periods. “This was the terrible flaw of the Gold Standard, in the mid-war period,” he writes. “It is the Achilles Heel of Bitcoin today and, indeed, remains a design fault of the Eurozone too.”

It is here that Varoufakis proposes an unexpected solution, one involving at-risk countries creating their own money system denominated in Euros. The system, to which he gives the name FT-Coin, “could use a Bitcoin-like algorithm in order to make the system transparent, efficient and transactions-cost-free.”

“Once in possession of an FT-coin, you can either keep it in your FT-coin e’wallet or you can trade it. To make sure that the system is fully transparent and that transactions are completely free, FT-coin could be run by a Bitcoin-like algorithm designed and supervised by an independent non-governmental national authority.”

In full, FT-Coin is example of what Varoufakis says would be “a source of liquidity for the governments that is outside the bond markets[, …] a national supply of euros that is perfectly legal in the context of the European Union’s Treaties[,…]a mechanism that allows taxpayers to reduce their inter-temporal tax bill [and]a free and fully transparent payment system outside the banking system.”

If it appears Greece’s finance minister is suggesting a practical alternative based on Bitcoin’s underlying technology, pundits may nonetheless take offence at his continued comparisons between Bitcoin and fiat currency.

“… [W]hile Bitcoin is too deflationary by nature to act as a widespread currency alternative to the dollar or the euro, its design can be used profitably to help them […]overcome the asphyxiating deflationary pressures imposed upon them by the Eurozone’s Gold Standard-like (and, indeed, Bitcoin-like) austerian design,” he concludes.