iPhone7 Enables Bitcoin Payments, Ethereum Classic Might be Next

Jaxx has submitted an updated version of its app to the iOS App Store with the hope that it will approve its integration of Ethereum Classic. 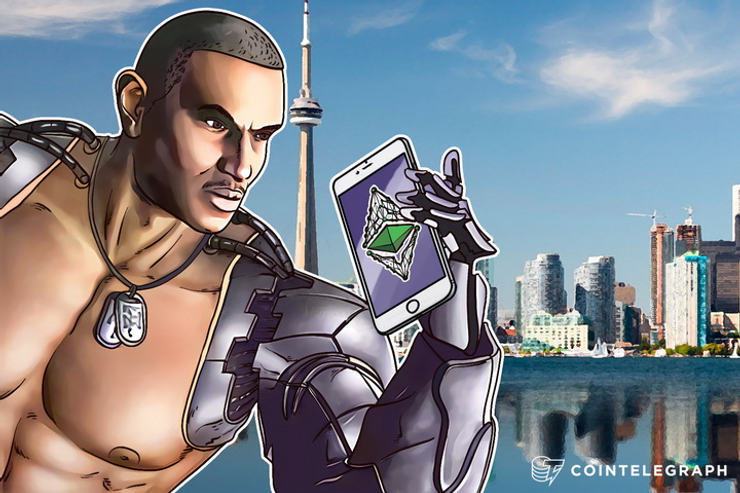 Just days after Apple issued a directive to Jaxx CEO Anthony Di Iorio to remove Dash from its iOS app, the creators of the universal Blockchain wallet announced the integration of Ethereum Classic (ETC) into its suite of software wallets on seven different platforms.

The announcement comes as Apple made its September keynote where the iPhone 7 was unveiled. In the new version of the phone, one of the third-party apps for its iMessage feature will include Circle, the peer-to-peer payments technology company utilizing Bitcoin and traditional fiat currencies.

Circle uses Bitcoin as a payments rail. This is likely to enhance the sending of money to some parts of the world, including its recent market in China using Apple's messaging system as a carrier.

“There’s a hurdle to have to install a smartphone app so that I can pay my buddy and all the inputting and set up. To do it all within the iMessages app is a lot easier.”

Though Apple has not yet revealed whether it will support ETC, the continuing chain of the original Ethereum, Jaxx says it has submitted an updated version of its app to the iOS App Store and hopes that it will be approved in the next few days.

Di Iorio noted in a release that Jaxx will be forced to remove Dash from the iOS versions of its wallet on September 14, 2016. Since the hard forked version of Ethereum has already been approved by Apple, they hope that “Apple will allow the addition of Ethereum Classic, especially given its wide array of developer support and steadily growing popularity.”

The integration will make ETC, being the sixth most valuable Blockchain token by market cap valued at $124 million, be available on seven of the nine platforms Jaxx supports with approval pending on the iOS App Store for iPhone and iPad users.

Ethereum Classic could be next

It won’t be a problem if Apple doesn't permit Ethereum Classic on its iOS products because it will still exist on Jaxx's other seven platforms, Di lorio noted in an email to Cointelegraph. He says Apple is now seeing that there is strong demand for other tokens and Jaxx is looking forward to its clarification on how best to integrate these coins for iPhone and iPad users.

On whether ETC will still be valuable despite claims that the stolen DAO fund is being moved, Di lorio said that Jaxx isn't speculating on the value or price of certain coins but are simply providing options and choice to its growing list of consumers.

“Ethereum Classic was easy for us to integrate. It's currently the 6th most valuable cryptocurrency, and our users can now easily access their ETC in Jaxx as well as split it and sell it via our Shapeshift integration should they choose to do so.”

The removal of Dash from its iOS products will not affect users on its seven other platforms. Dash will still be available for Android Mobile and Tablet, Mac OS X, Windows, PC Desktop, Google Chrome and Firefox extension users.

“We have a great relationship with the Dash team, and are genuine supporters of their project. I have always stated that we here at Jaxx are pro-technology and pro-choice and we’re proud to be among the fi