Is Ethereum (ETH) Price on Course to $300 as DeFi Coins Skyrocket?

Ethereum’s Ether (ETH) is taking advantage of Bitcoin rallying early this week and looks to break a key resistance level on the road to $300.

Let’s look at the ETH charts as Ether has been outperforming BTC significantly in recent days. The main question is: Can Ether finally start catching up to Bitcoin? 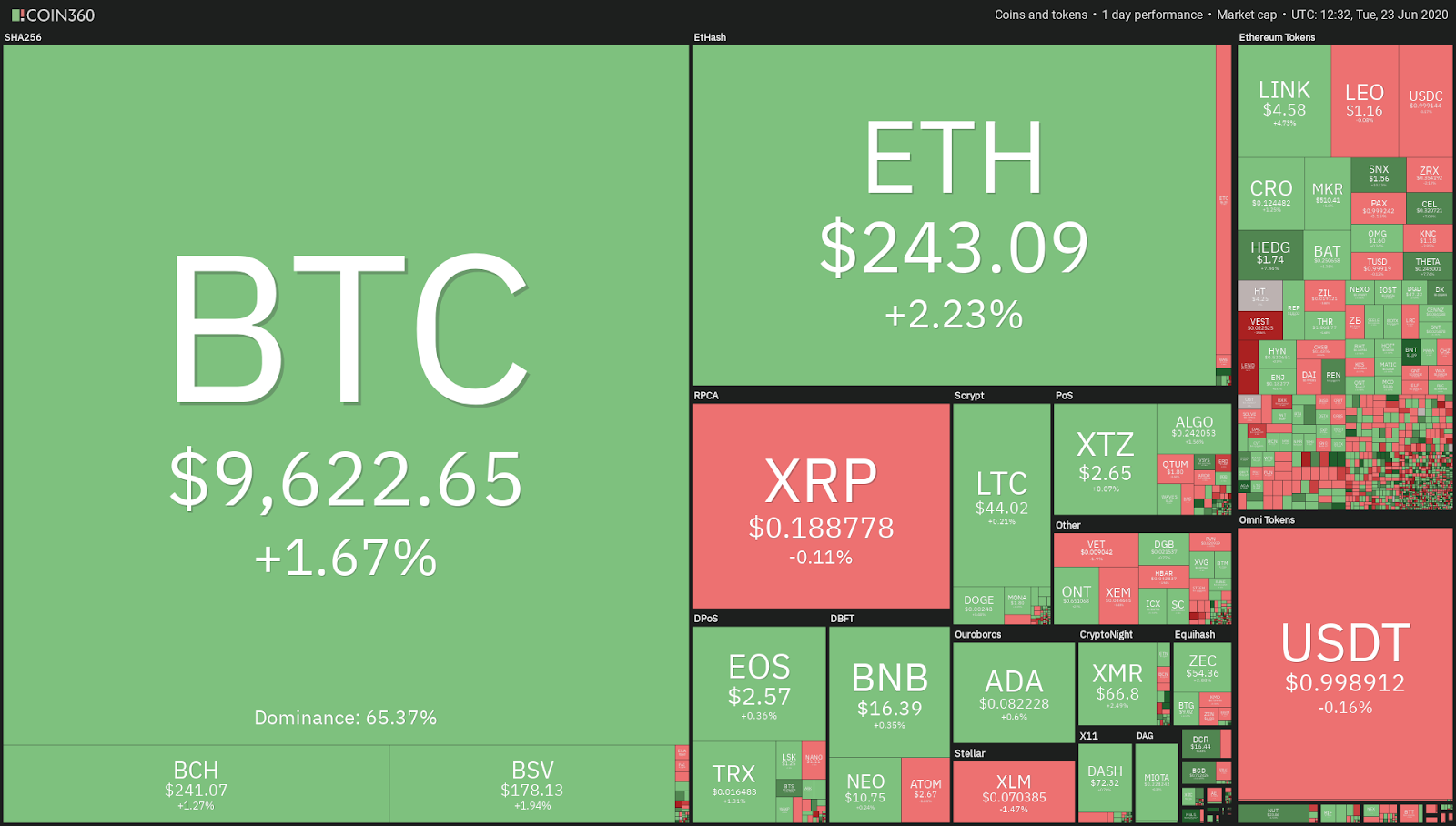 The crucial support to hold, between $215 and $220, has seen a brief test and immediate bounce up. Such a bounce implies that buyers are eager to step in and are significantly pushing up the price. 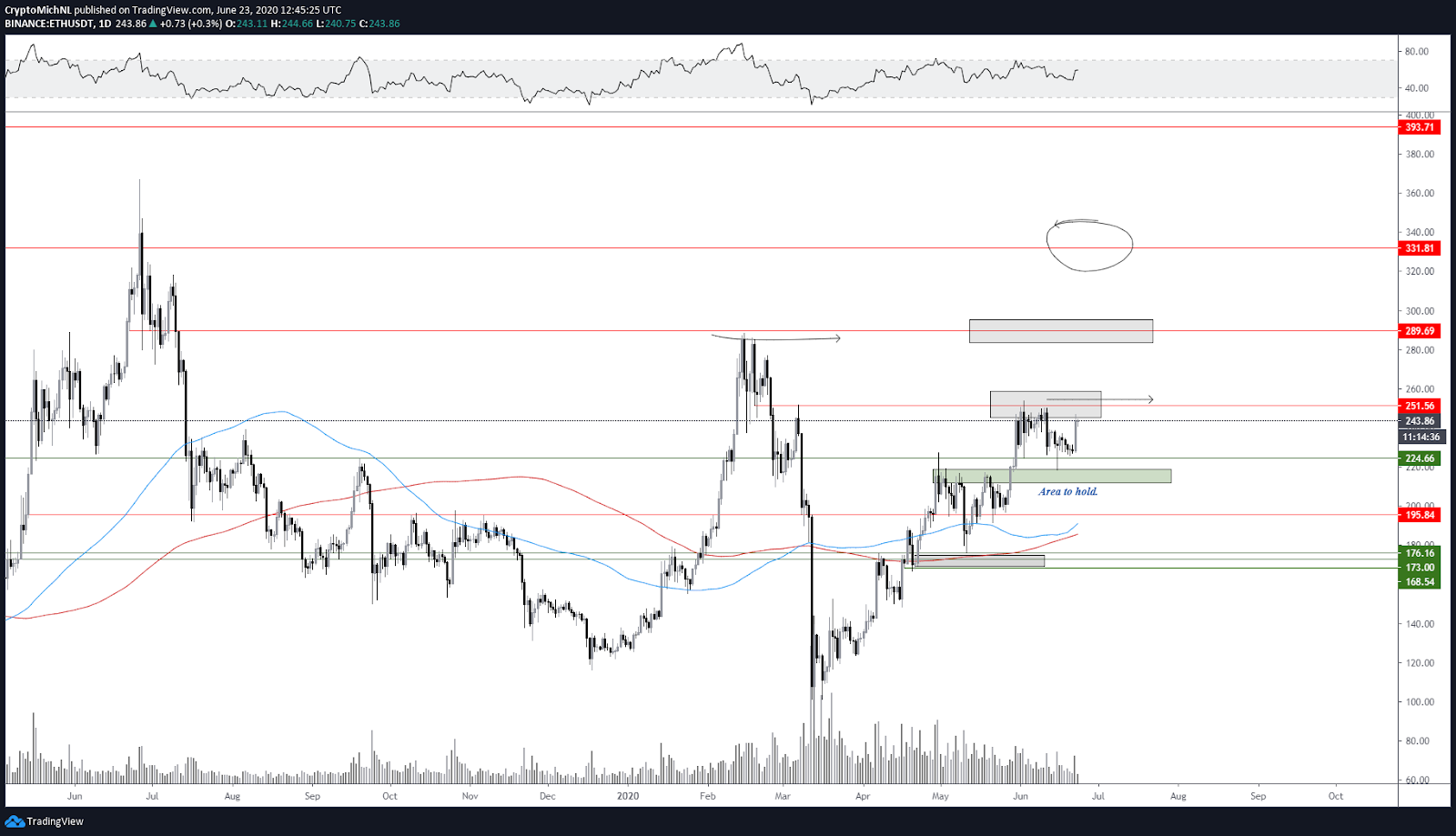 Essentially, Ether is currently acting above the 100-day and 200-day moving averages, which is a bullish indicator. Alongside with that strong signal, the volume has been increasing as of late.

Often, volume precedes price, and combining this fact with the sideways range ETH has been in, an increase in volume shows accumulation.

Similarly, the price has been in an uptrend since March 12, as the cryptocurrency is continually flipping the previous resistance into support. The former support/resistance flip was done with the $217–$222 area.

Such an S/R flip implies further upward strength, with $250 as the next target. The price of Ether is staying fairly close to this resistance zone.

Such a rally would classify a new higher high, which is another bullish sign. The term “disbelief” could soon be applied.

Short-term test of $234 is not out of the books 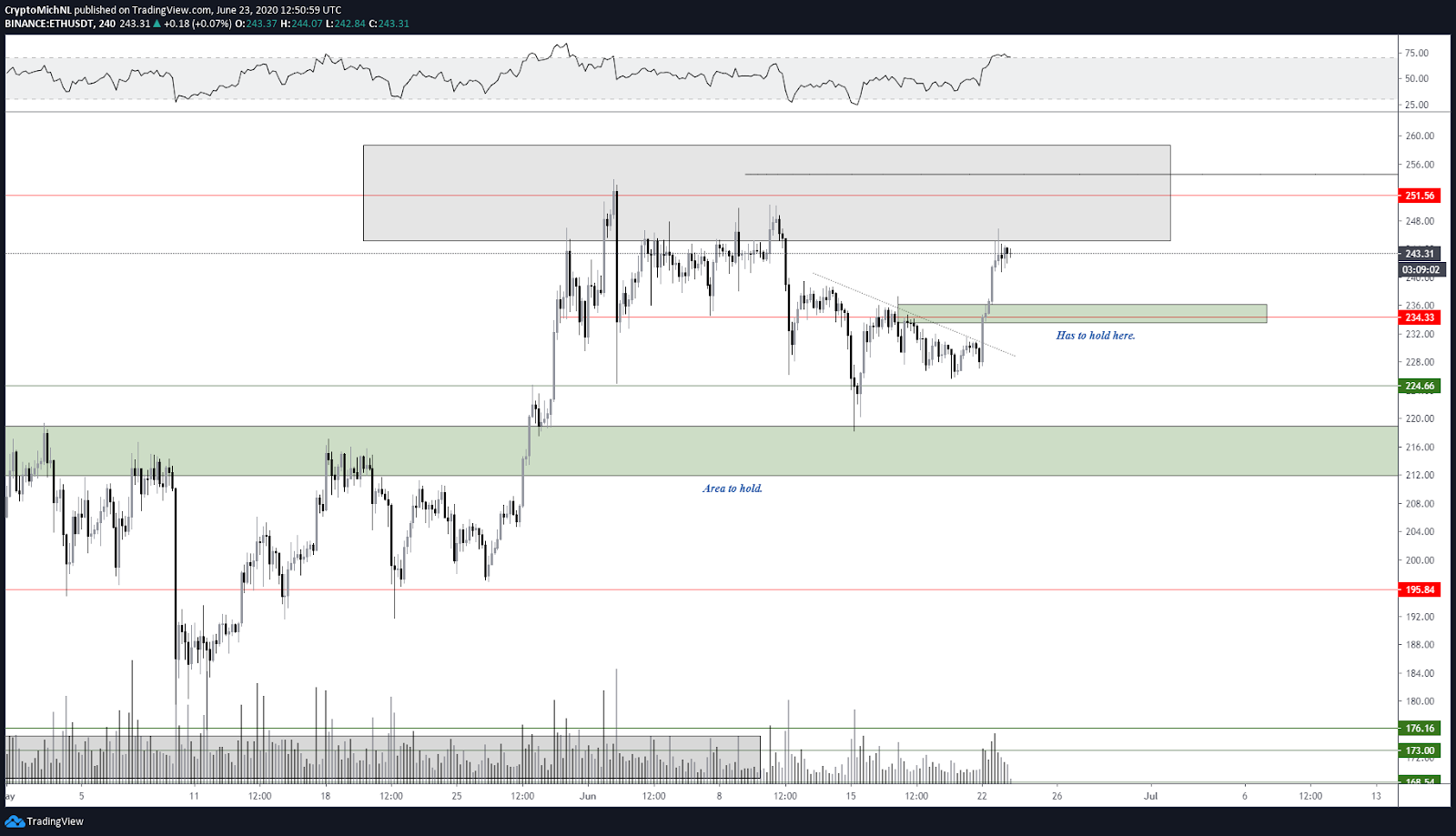 The four-hour chart for Ether is showing a clear breakout from a downtrend, with the price rallying toward the range resistance at $247 to $252.

However, does that mean that Ether is likely to break $250 in one go? Definitely not, as more ranging is expected before a substantial breakout through the resistance. In other words, this would mean Bitcoin breaking the $10,500 barrier.

Short term, a potential retrace toward the $232–$235 level is not out of the books and would be healthy. In that regard, the previous support of $234 should act as support, fueling a potential rally above $250. 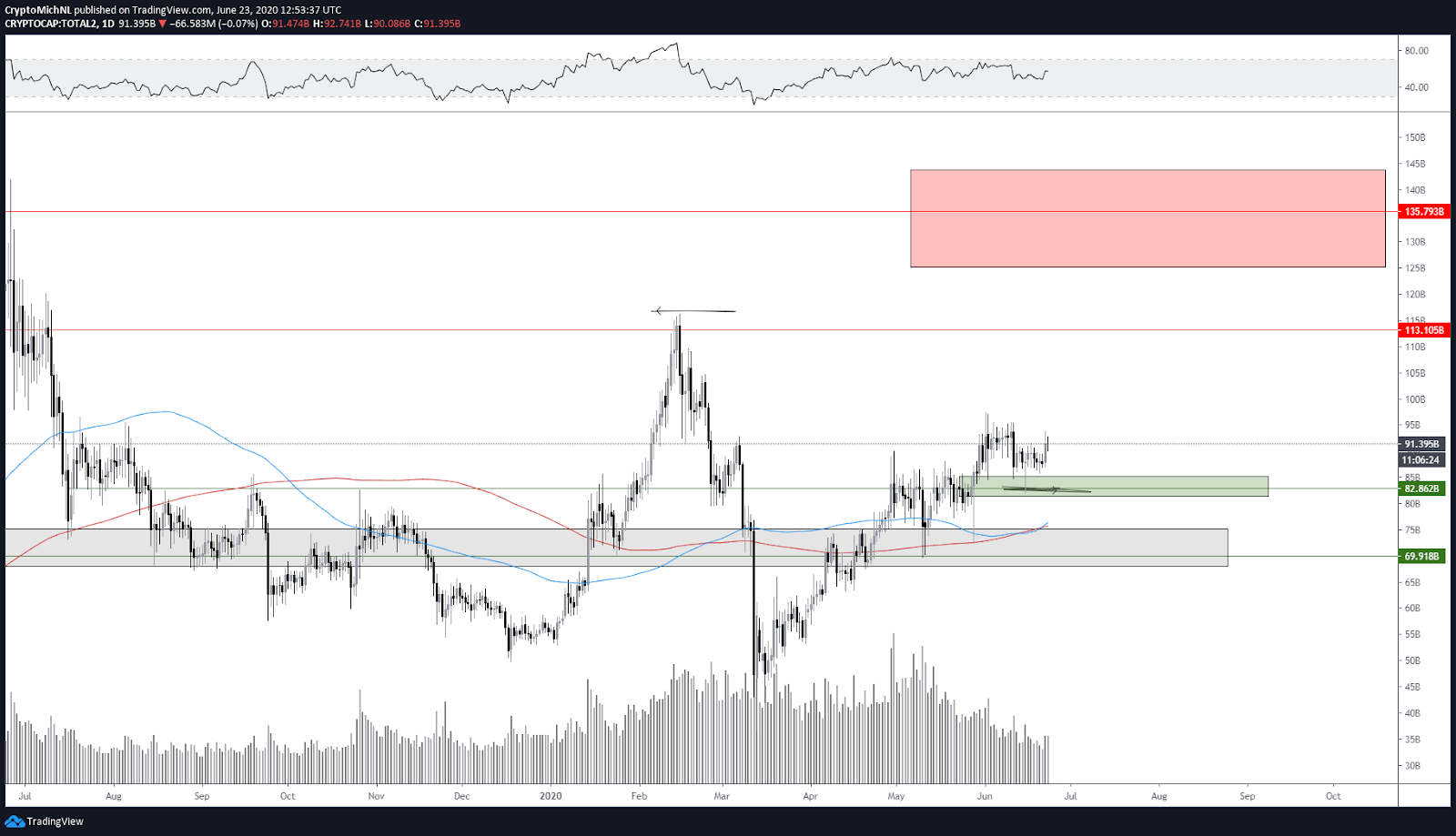 The altcoin market capitalization is showing strength, as it’s still acting above the 100-day and 200-day MAs. Similarly, the required support test of the $82 billion levels occurred and confirmed the S/R flip.

To justify further upward continuation, $82 billion had to hold as support, and it did.

Thus, continuation above $95 billion resistance seems likely. This would also open the door to the $113 billion and $135 billion levels alongside massive rallies for most altcoins across the board.

As the total altcoin market capitalization is heavily lagging behind Bitcoin, arguments could be made that Ether is a significant trigger for altcoins to start rallying.

Once Ether moves, the rest of the altcoins usually follow suit. This is because Ether is the biggest altcoin and the majority of the projects are built on the Ethereum network.

Now, post-halving, the price of Bitcoin is stabilizing and the hype is arguably shifting from Bitcoin toward altcoins, as seen in recent altcoin surges including Ether.

ETH still in consolidation with the BTC pair 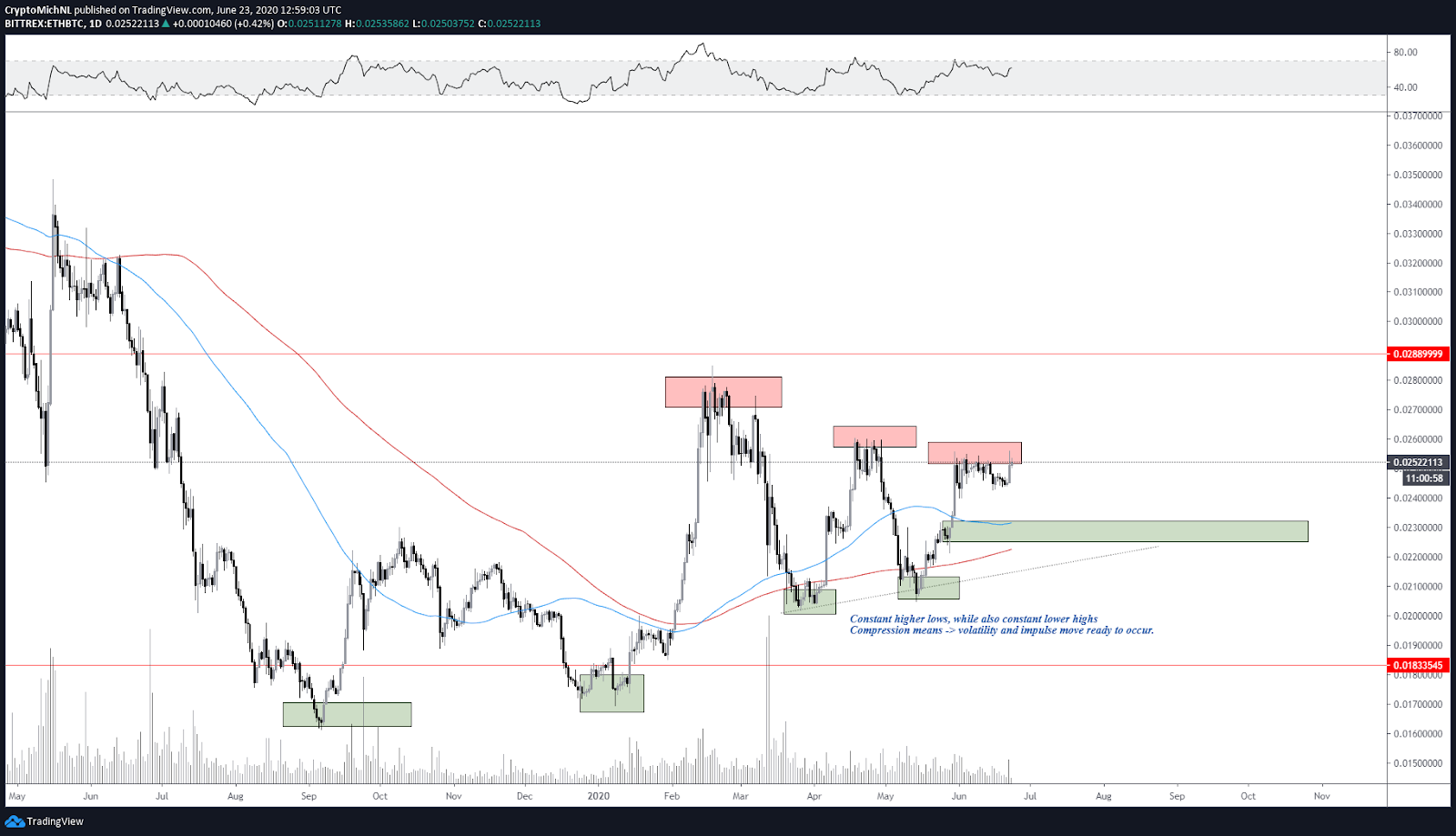 The price of Ether is still in consolidation. Constant lower highs and higher lows are typical signals of compression, which often leads to expansion and an increase in volatility.

In this regard, Ether is a beautiful example of such compression. Zilliqa (ZIL) also showed this, which led to a significant increase in price.

The key area to hold for ETH is the 0.023 sats (BTC) level. This can still be tested as potential support, confluent with the 100-Day and 200-Day MAs. As long as that holds, the top-ranked altcoin by market cap can be considered bullish, and further upwards momentum is likely.

If Ether decides to rally with Bitcoin, a significant surge above $360 could occur, and price levels of $500 shouldn’t come as a surprise.