The company said in a blog announcement:

"KPCB Edge is a team of builders, investing in seed stage founders working on emerging areas of technology. We are engineers, product managers, designers, and data scientists, with the ability to draw on KPCB’s decades of investing experience. [...] At Edge, we’re focused on solving specific problems."

Coinbase has announced today the launch of Instant Exchange, a feature that allows users to send and receive bitcoin payments while eliminating exposure to exchange rate fluctuation.

The company wrote in a blog announcement:

"We’re excited to offer these simple tools which will allow Coinbase users to realize the fast, cheap and global nature of bitcoin payments without exposure to bitcoin price changes."

Based in San Francisco, Coinbase is among the most well funded bitcoin startups in the space and currently serves some 2.3 million users with 3 million wallets.

According to a blog announcement:

"We have been putting the finishing touches on the Alpha since we publicly demonstrated Augur for the first time at the Ethereum Silicon Valley Meetup and during our time as a Breakthrough Finalist at CNBC & Singularity University's Exponential Finance Conference. The overwhelmingly great reception by the Exponential Finance Judges as well as by many of the other attendees is something we hope continues as users begin to try out the Alpha." 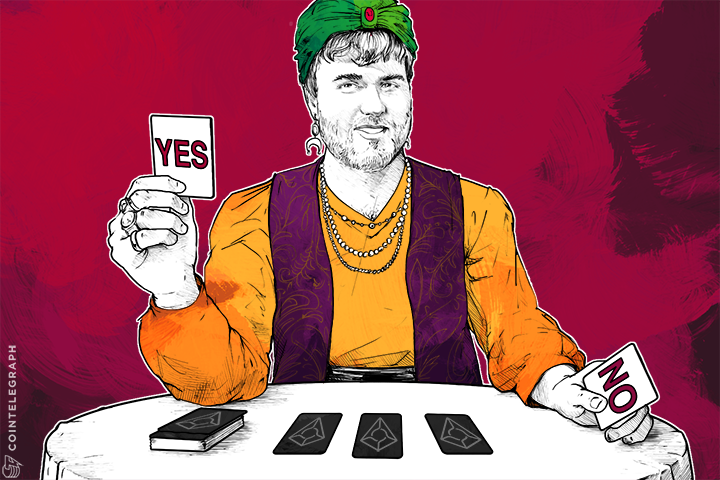 The 12,000 merchants using Coinpayments.com as their online payments processor can now choose to have their sales automatically processed into fiat currency and transferred to their bank accounts.

The system works through Coinpayments' sister company Cointrader.net, and aims to encourage merchants to accept digital currency payments through the increased ease of having it converted to fiat automatically. CoinPayments CEO Alex Alexandrov commented in a release:

“The team is very excited to bring more people into the crypto world by breaking down barriers and allowing them to participate."

Magnr is the second product from bitcoin trading platform BTC.sx. Initially the interest rate will be fixed at 2.18% per year for a promotional period of six months. The savings accounts are powered by Blockchain technology allowing users to independently verify the safety of their deposit on the public ledger. Additionally, the interest payout is calculated from Blockchain data.

Joe Lee, Founder and CEO, stated in a press release:

“FinTech startups have a once in a lifetime opportunity to revolutionize banking. We are very excited to be pioneering digital currency savings accounts."

"This report presents two expert contributions which investigate the key risk factors for the insurance of Bitcoin operations. Their findings suggest that the technology, procedures and practices that underpin Bitcoin are maturing. Nevertheless, legitimate concerns remain over security risk and the potential for criminal exploitation."

The full report is available at this link.

"We are very excited to launch Monetago’s global exchange today. It is the beginning of a future in financial technologies that will enable the rapid and secure transmission of funds anywhere in the world for a fraction of the cost of today’s solutions."

In an exclusive interview with Cointelegraph, Andrew Campbell, Business Analyst of Quantopian, discusses how his company is using open-source software to change the financial landscape.

"Quantopian is a free platform for research, testing, discussing, and deploying stock trading algorithms. Top performers on Quantopian will be invited to join our crowdsourced hedge fund, the Quantopian Managers Program, where their algorithms will be backed by a multimillion-dollar pot of investor capital. As a part of the managers program, an algorithm writer is given a share of the profits they generate."

Startup BuyAnyCoin is currently running an Indiegogo funding raising campaign to raise US$10,000 and continue development of its prepaid crypto card.

"Imagine this: You walk in to your local convenience store, grab a drink and head to the register. In your peripheral vision you catch a glance of a card on the counter that says BuyAnyCoin Voucher. You ask the cashier about the card. She tells you, 'You just redeem it at their website for any of the popular digital currencies like bitcoin'."

Denmark-based exchange CCEDK has announced a new integration with Cryptonomex that would allow users to be able to check the solvency of the exchange in real time, as the company's accounts and ledgers are to be placed on the decentralized BitShares 2.0 network after its expected launch later this summer.

"We are now able to offer our customers a single, seamless, integrated solution combining Internet money, peer-to-peer payment, and instant international money transfers.  Someone on the far side of the planet can wire digital currencies to your debit card in the time it takes to swipe that card at your local merchant."