Miners, Gaps and a Giant Short: 5 Things to Know for Bitcoin Price Now

A basket of bearish signals suggests further problems for BTC/USD, but a higher CME futures gap is among the causes for hope this week.

Bitcoin (BTC) faces a challenging week as $9,000 support fades and uncertainty increases after the halving — what should you look out for in the coming days?

The weekend’s trading saw fresh downside for BTC/USD as bears took the market below $9,000.

As Cointelegraph reported, miners were selling more than they earned, despite their incomes already being 50% lower due to the halving two weeks ago.

Should that practice continue, it will pile further pressure on the price, which has already seen rejection closer to $10,000.

Support levels lower in the $8,000 range may be Bitcoin’s only firm hope of a bounceback if losses continue. The 200-day moving average currently sits at almost exactly $8,000.

Volatility since Friday opened up a modest gap in CME Group’s Bitcoin futures markets. Formed when one week’s trading ends at a different point to where the next one begins, these “gaps” have a tendency to get filled by markets later on.

This time, the gap lies between around $9,065 and $9,180. Bitcoin would need to reclaim the $9,000 mark to fill it, but such behavior is common enough to remain possible even under downward pressure.

Sometimes, BTC/USD rises or falls to fill a gap, before immediately reverting to nearer its previous position. 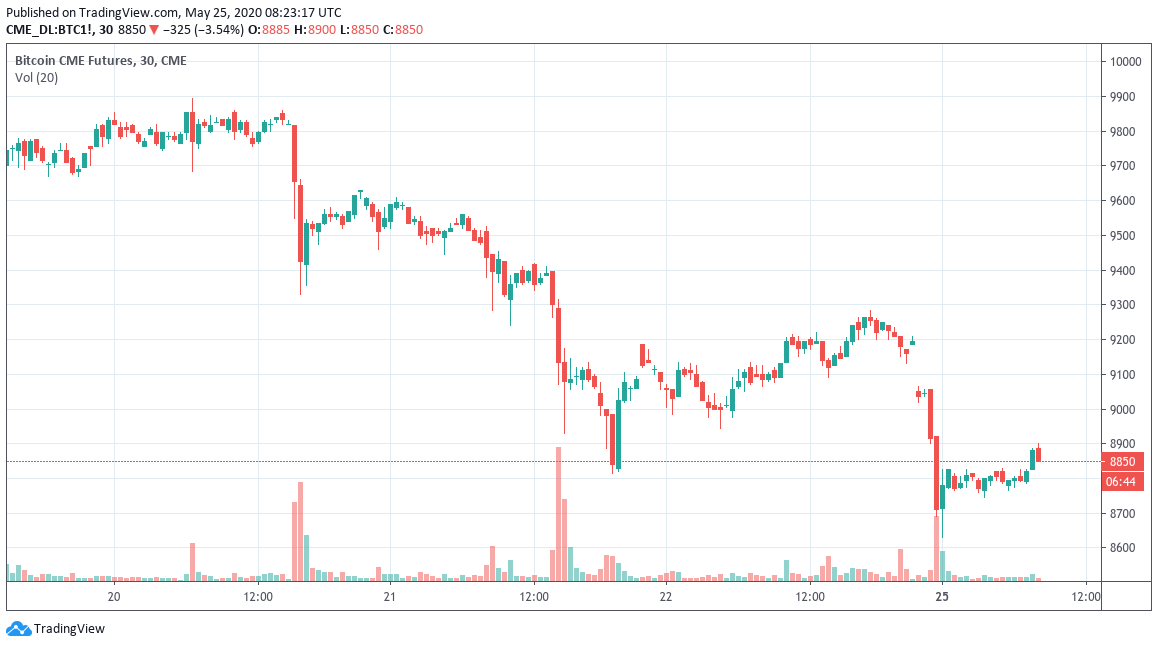 Network difficulty, a measure of the effort required to mine on the Bitcoin blockchain, is currently on course to drop 6.3% at its next adjustment in ten days’ time.

The previous adjustment four days ago was 6% — a downward shift next time would produce the first back-to-back difficulty lowering since Bitcoin’s price lows in December 2018.

Far from a bad sign, reducing difficulty is one of Bitcoin’s most important self-stabilization features. By evening out the playing field for miners, more activity is incentivized, which in turn boosts security and profitability. 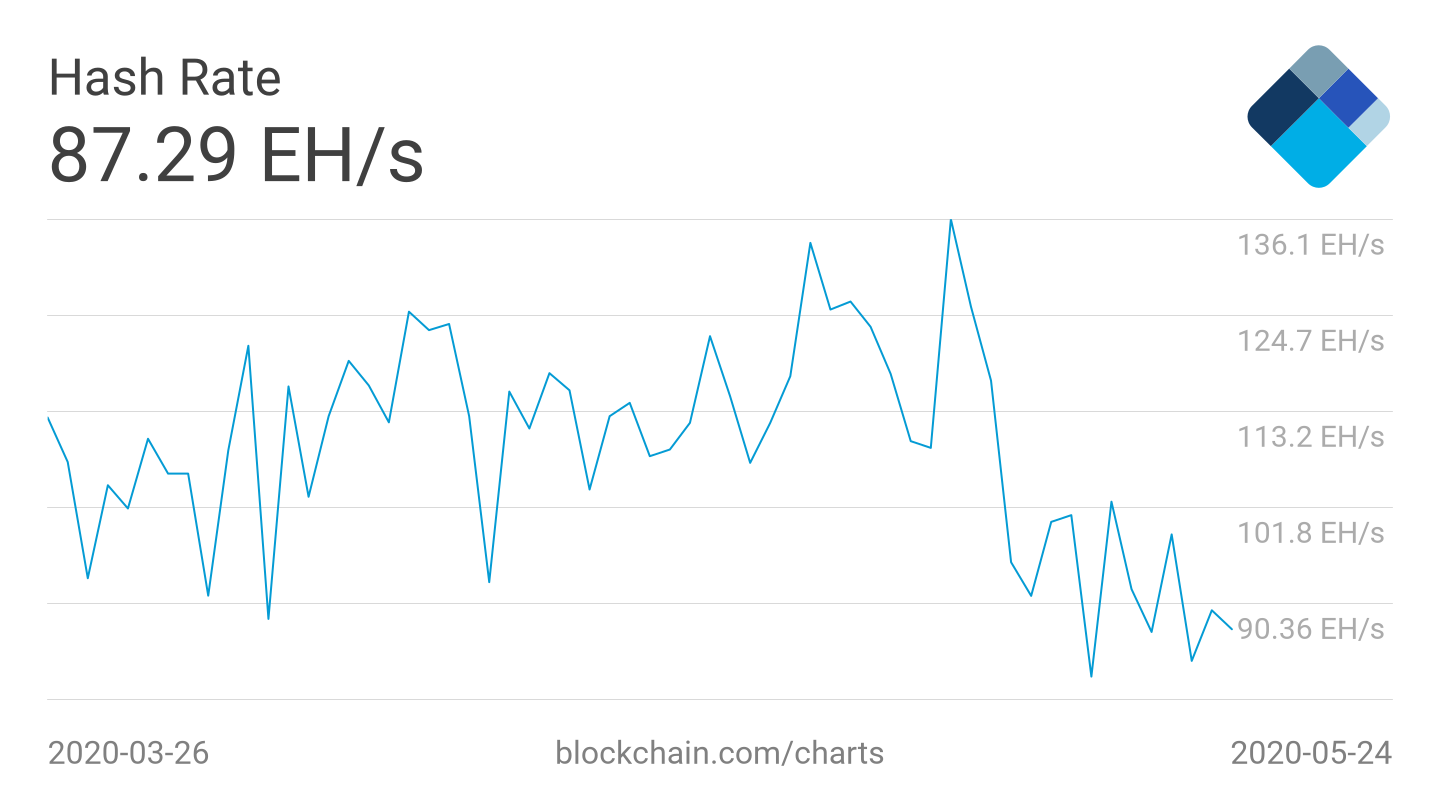 Meanwhile, network hash rate — a rough interpretation of the computing power dedicated to Bitcoin mining — is stabilizing at around 95 quintillion hashes per second, down from all-time highs of near 140 quintillion.

Stocks climb under the shadow of major short

Hitting the headlines this week, in particular, is a worrying short position on the S&P 500, which is currently closing in on its own 200-day moving average from below.

“This level is certainly worth watching,” James McCormick, a senior strategist at NatWest Markets told Bloomberg.

McCormick was referencing an in-house signal which is now at its “most bearish” since 2016.

Overall, markets were trending up on Monday, with European markets following U.S. futures behavior into the open. As Cointelegraph noted, Bitcoin has been increasingly oblivious to mainstream market activity in recent weeks, a process commonly referred to as “decoupling.”

One soothing outcome of the past week’s bearish trend has been at least a softening of the Crypto Fear & Greed Index.

Designed to measure the rationality of market sentiment, the 1-100 reading sounds the alarm — either “greed” or “extreme greed” —  when readings are near 60 or higher.