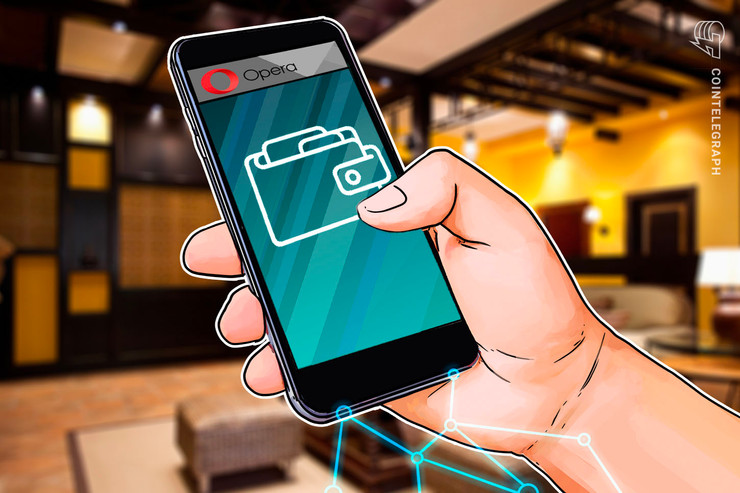 Major web browser Opera is releasing a new browser with a built-in cryptocurrency wallet. The development was announced in a press release shared with Cointelegraph on April 9.

The Opera Wallet purportedly synchronizes with the cryptocurrency wallet in the Opera browser for smartphones, so that wallet keys never leave the users’ smartphones. The release further explains:

“In practice, whenever they need to identify themselves to a Web 3 website or sign a transaction on the blockchain, users get a notification on their smartphone. They can confirm it in the same way they unlock their system, using, for example, facial recognition or their fingerprint.”

“Blockchain technologies bring the power and control back to the people. They can securely sign transactions and identify themselves to websites, without unnecessarily oversharing their data.”

Opera first announced the addition of a built-in cryptocurrency wallet to its Android browser back in July 2018. Product manager Charles Hame said then that “our hope is that this will accelerate the transition of cryptocurrencies from speculation and investment to being used for actual payments and transactions in our users’ daily lives.”

Last month, Opera announced the upcoming launch of Opera Touch for iOS,  a Web 3 browser with an integrated crypto wallet and support for Ethereum (ETH) and interactions with decentralized applications (DApps). Prior to that, Opera added a new service that allowed users in Sweden, Norway and Denmark to purchase Ethereum through the Android version of the browser.