The amount of worldwide debt will expand to levels never before seen this year, as Bitcoiners urge consumers to “fight the war” on financial sovereignty. 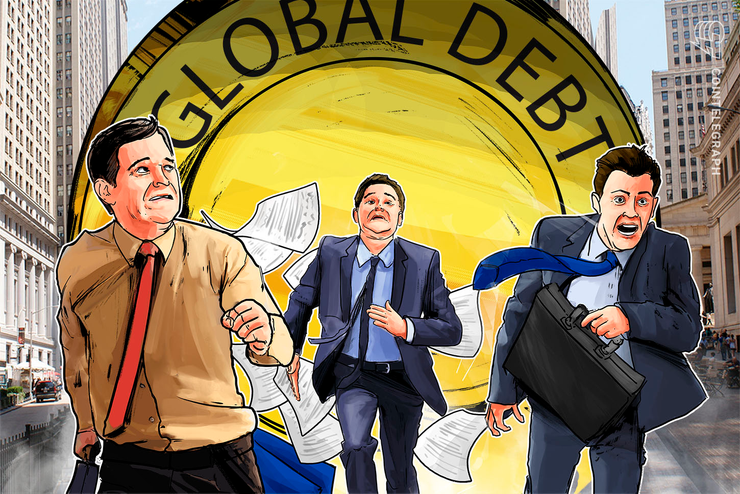 Bitcoin figures reacted with shock to the latest figures from the Institute of International Finance, which this month updated its Global Debt Monitor.

By the end of the year, the world’s debt will have expanded by an extra $12 trillion compared to the end of 2018.

The timely data comes as United States national debt alone hits $23 trillion, with the Federal Reserve undaunted by the idea of debt continuing to expand.

As Cointelegraph reported, while Fed chair Jerome Powell has described the current debt trajectory as “unsustainable,” he considers there to be no critical problems with not paying it off.

For Bitcoin proponents, however, the verdict on the fiat economy creating over $12 million of debt for each Bitcoin that will ever exist was obvious.

“That’s how you fight the war today”

Never before has the combined debt of the world been so high. As Bitcoin continues to rise in prominence, efforts have increased to educate consumers about its benefits as hard money — money which no authority or single actor can manipulate.

Fiat currency, on the other hand, can be manipulated ad infinitum by central banks through economic policy. Continuing arguments made by Saifedean Ammous in his popular book, “The Bitcoin Standard,” Trace Mayer this week appealed to listeners of the Tales from the Crypt podcast to take back control of their finances.

“Are you going to claim your monetary sovereignty? Hold your own private keys? Run your own full node? That’s how you fight the war today,” he said.

Mayer also runs Proof of Keys, an annual event aimed at existing Bitcoin holders, challenging them to remove their holdings from third party wallets on Jan. 3.