Grayscale’s $5.1 billion in Bitcoin under management is fast being challenged by firms including CoinShares and MicroStrategy.

According to monitoring resource Coin98 Analytics, a total of 13 public companies have now invested in Bitcoin.

Putting Grayscale’s “sun” in the shade

In total, the 13 companies have almost 600,000 BTC ($6.86 billion) locked up, a number which is increasing with Grayscale thus far remaining in the lead. 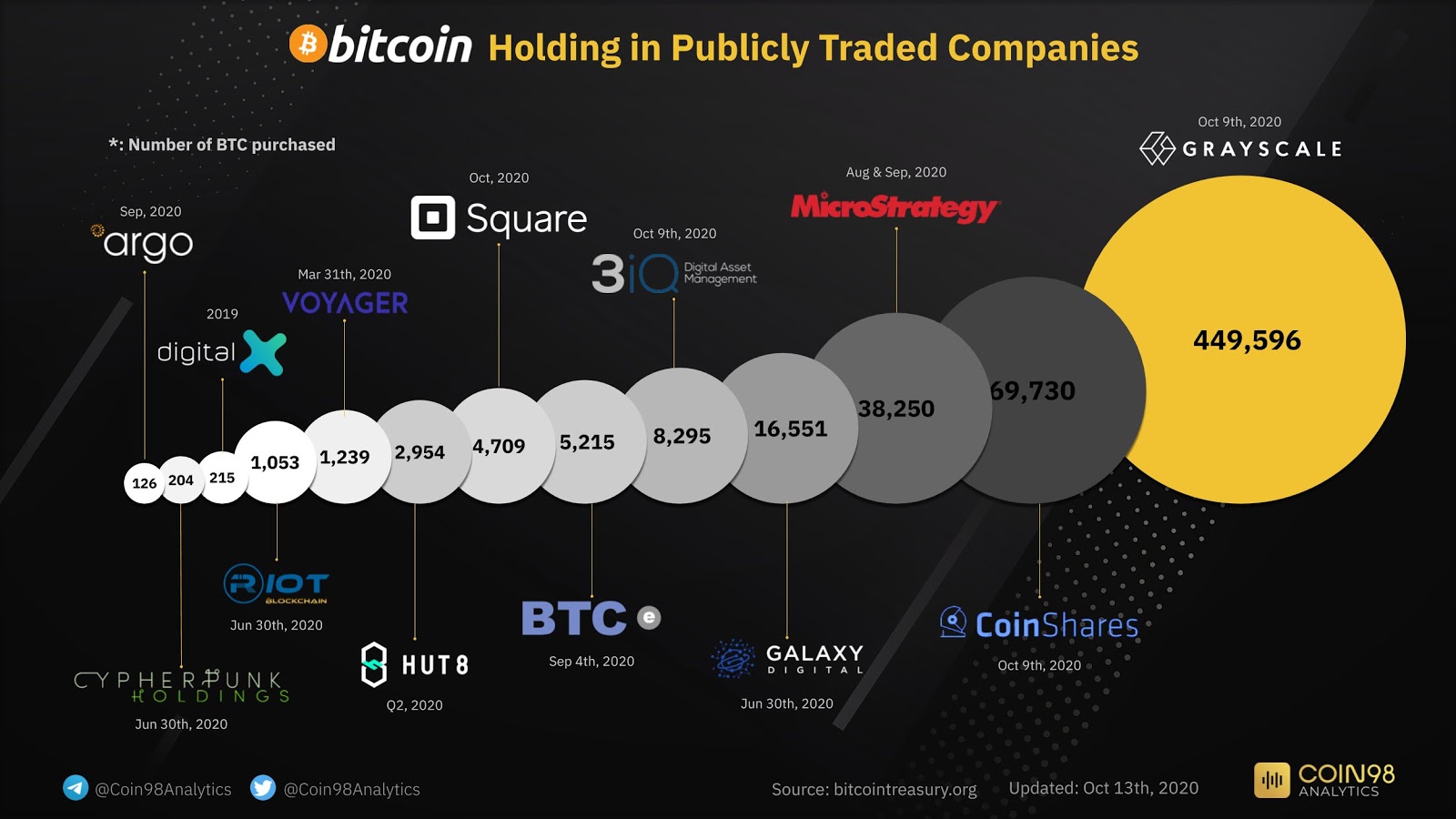 For all Silbert’s publicity activities, however, it is MicroStrategy CEO Michael Saylor who has arguably made the biggest impression in cryptocurrency this year. After the purchase, Saylor began giving regular interviews on Bitcoin’s supremacy over fiat currency and continues to be highly active on social media with the same message.

Replying to a tweet by Silbert on Oct. 12, in which he discussed the Bank of England’s perspective on Bitcoin, Saylor said:

“#Bitcoin is the first digital monetary system capable of storing all the money in the world for every individual, corporation, and government in a fair & equitable manner, without losing any of it.  If that's not intrinsically valuable, what is?”

The past month meanwhile has seen Bitcoin diverge from both U.S. dollar strength and VIX volatility, providing new opportunities for investors keen to diversify.

According to a comparison from Cointelegraph Markets and Digital Assets Data, it is stocks in the form of the S&P 500 and gold which now see increasing correlative patterns with BTC. 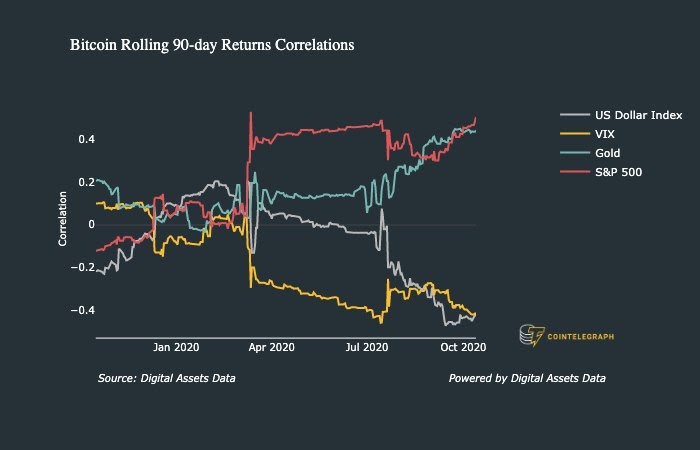 This has in turn boosted existing anticipation of a clean divergence away from traditional markets — a “decoupling” for Bitcoin paves the way for significant price gains, analysts argue.