A crypto coalition led by Ripple plans to pay D.C. lobbyists to impact the government’s stance on cryptocurrencies.

A crypto coalition led by Ripple plans to pay D.C. lobbyists to influence the government’s stance on cryptocurrencies and innovation 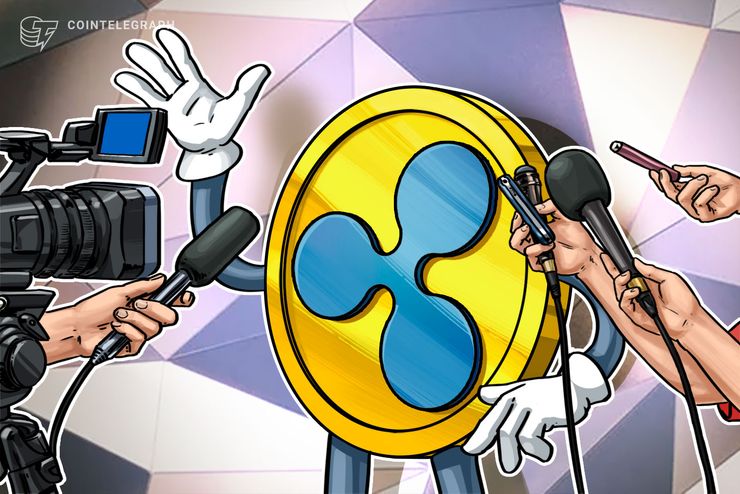 Ripple will lead a group of crypto startups to lobby lawmakers and financial regulators in D.C. to support crypto and blockchain innovation, Bloomberg reported on Thursday, September 27.

According to the report, the coalition of San-Francisco-based crypto firms is planning to pay Klein/Johnson Group, a bipartisan lobby group, to assist the crypto and blockchain community in conveying to regulators that the industry needs support from the government.

The new group, called the Securing America’s Internet of Value Coalition, aims to soften the government’s stance in order to encourage innovation and support competition in the ecosystem of global crypto markets.

The coalition, together with the lobby group, will raise issues with Congress, as well as the Securities and Exchange Commission (SEC), the Internal Revenue Service (IRS), and other agencies that have relations to cryptocurrencies.

According to the preliminary agreement, the fintech lobby group Klein/Johnson will reportedly receive around $25,000 a month and 10,000 in Ripple (XRP) from the coalition. As Bloomberg reports, the company is planning to convert the cryptocurrency into dollars by the time it discloses the payments on federal lobbying forms.

Along with Ripple, as well as independent foundation RippleWorks, the coalition will also feature digital payments firm Coil, crypto investment company Yaka, and PolySign, a startup that is set to launch a crypto custodian.

Chris Larsen, executive chairman of Ripple, commented that while the company admits that the matter is “really complicated,” due to a great deal of “misinformation,” there is still “a lot of interest in this topic in D.C..”

The companies’ lobbying move follows the increased attention of Congress and other agencies like the SEC towards cryptocurrencies. Yesterday, a group of Congress lawmakers sent a letter to the SEC, urging the regulators to provide more clarity in regard to cryptocurrencies. Specifically, the lawmakers have reportedly requested the SEC to confirm whether digital tokens can be identified as securities or not.

On September 26, the U.S. House of Representatives passed a bill to establish a crypto task force to combat terrorist use of cryptocurrencies.

In June, SEC chairman Jay Clayton claimed that major cryptocurrency Bitcoin (BTC) is not a security due to its function as a replacement for sovereign currencies. Around a week later, a senior SEC official claimed that the top altcoin Ethereum (ETH) will be not regulated as a security, while Ethereum co-founder has previously denied that ETH was ever a security.

Concerning Ripple, in April, the company’s chief market strategist Corey Johnson stated that Ripple is “100 percent clear” and not a security since it does not meet the standards of what a “security is based on the history of court law.”