Scammers Steal Over $1.8 Mln By Posing As Admins of Seele ICO

The Initial Coin Offering (ICO) of Seele, a Blockchain project that bills itself as “blockchain 4.0,” has been compromised by scammers who stole over $1.8 mln worth of Ether. The attackers manage to dupe investors by posing as admins in the company’s Telegram channel, as reported in an article published Sunday, Feb. 4 by the Finance Magnate news site.

The scammers, posing as two admins of Seele’s official Telegram channel @SeeleSupport and @nicsmith, solicited members of the Seele chat over the direct messaging feature for Ether as part of a private sale. Dr. Nick Smith is a data analyst at Seele, and the Telegram channel reported that the scammer used his name and picture on the fake admin account. 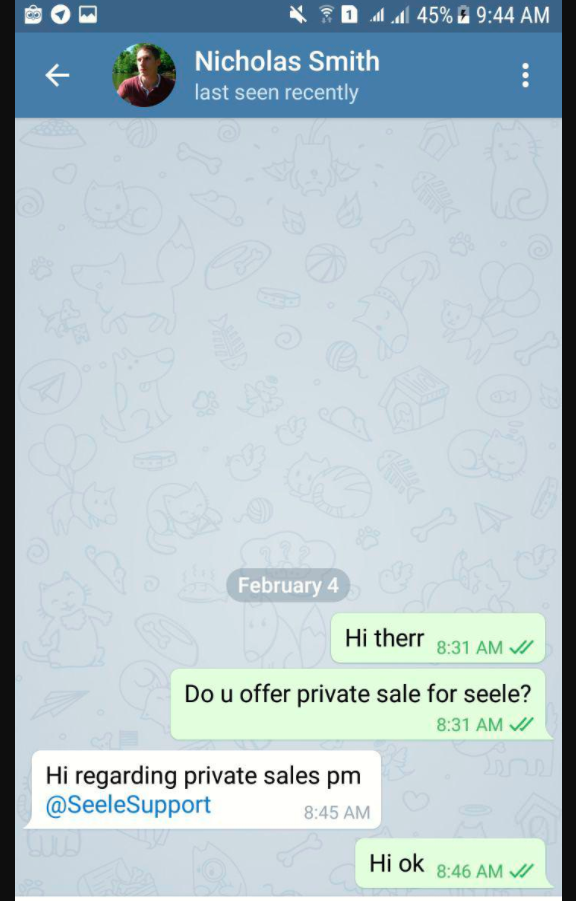 Seele’s real administrator’s responded with an official statement pinned to their Telegram channel this morning, writing that they have formed an emergency response team and added a double authentication method for administrators.

“We are deeply sorry for the scam. Although Seele has not started the presale, we will take responsibilities to minimize the loss of community members by making detailed compensation plans.”

Multiple members of the Seele Telegram channel referred to the scam as an “inside job,” based on the idea that only an admin can make someone else an admin.

Scams in cryptocurrencies and ICOs are far from rare. On Jan. 29, Texas regulators ordered AriseBank, a self-named cryptocurrency bank, to cease and desist after their operations were revealed to be a scam.

Also in January, the Bulgarian offices of the “Ponzi-scheme” OneCoin were raided by European Union crime fighting units, and multiple fake accounts of Charlie Lee on Twitter scammed followers under the guise of LTC giveaways.

Cointelegraph has published a how-to on avoiding ICO scams when investing in crypto.