South Korean crypto exchange Coinnest has begun to terminate its services as of April 16, stating it has struggled to cope with changes in the crypto and blockchain industry.

South Korean crypto exchange Coinnest has begun to terminate its services as of April 16, according to a pop-up announcement on the platform’s official website. 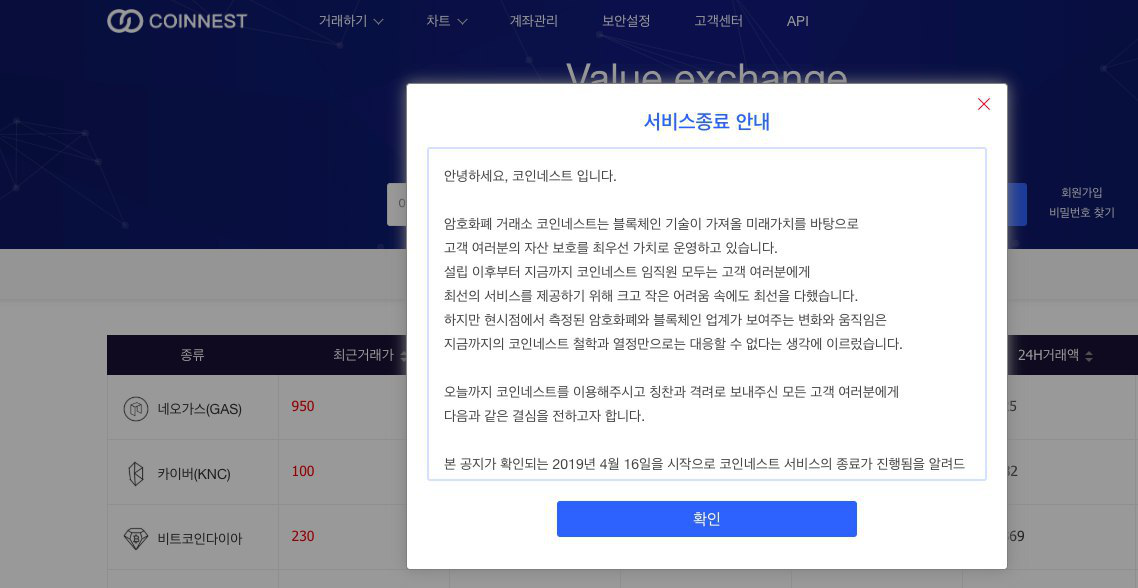 The announcement states that Coinnest has taken the decision to close as the exchange has struggled to cope with changes in the cryptocurrency and blockchain industry.

The process of shuttering platform services began on Tuesday, April 16, beginning with membership services, and is set to culminate by June 30, when withdrawals of all funds will have been terminated.

Coinnest states it has lowered withdrawal fees and the minimum withdrawal sums to help customers with the process.

In April 2018, two Coinnest executives had been accused of accepting bribes in exchange for listing crypto assets on the platform. The platform also reportedly lost $5 million in bitcoin (BTC) and other cryptocurrencies after making a mistaken airdrop this January.

Coinnest has seen just $27,558 in trades over the 24 hours to press time, according to CoinMarketCap. Tron (TRX), cardano (ADA) and BTC accounted for the top three traded coins on the platform, all listed in trading pairs with the Korean won.

As previously reported, Ukraine-based crypto exchange Liqui chose to shut down its services in January of this year, citing a lack of liquidity.