In letter to investors, Telegram calls February hearings “a positive step” in process of determining that Gram tokens are not securities 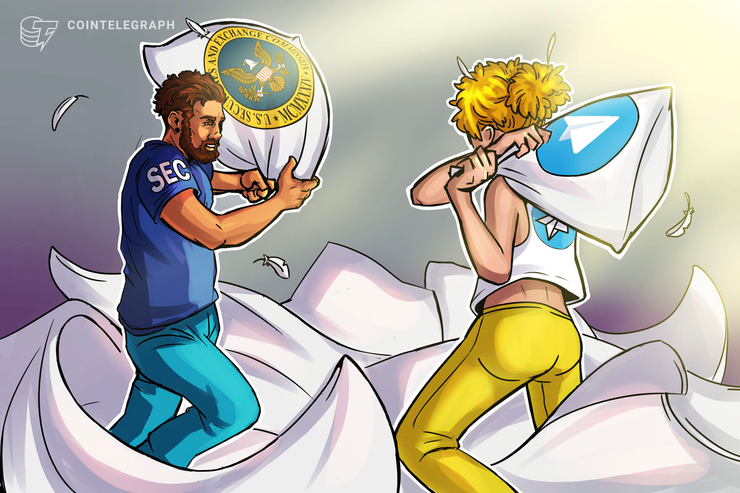 In a letter to investors, Telegram encouraged investors to view the United States Securities and Exchange Commission (SEC) hearing recently rescheduled for February as “a positive step.”

The letter, sent on Oct. 19, briefly reassures investors that the recent rescheduling of hearings until Feb. 18-19 is good news while maintaining that the company will not be distributing Gram tokens until that time. In their own words:

“Telegram views this development as a positive step towards resolving this matter through the court system in an expeditious manner, and we and our advisers will be using the time to ensure that Telegram’s position is presented and supported as strongly as possible at the February hearing.”

Telegram’s argument has largely been that its Gram tokens do not qualify as securities and thus do not fall under the purview of the SEC. In the letter, the Telegram team anticipated the February hearings resolving this matter more satisfactorily than the originally scheduled Oct. 24th hearing, writing:

The SEC and Telegram

This letter is just the latest in an extensive back-and-forth between the SEC and Telegram surrounding the launch of the latter’s Telegram Open Network and its associated Gram tokens, the distribution of which was the subject of an SEC emergency action on Oct. 11.

By deeming Gram tokens securities, the SEC labeled their sale in the U.S. — which netted roughly $1.7 billion — an unregistered security offering and thus illegal. Telegram responded with a filing on Oct. 16, refuting the “emergency” nature of the SEC’s complaint and countering by criticizing the commission’s lack of action in the preceding 18 months during which they were aware of the coming launch of TON.